Businesses concerned over 2nd wave of COVID-19 in Turkey 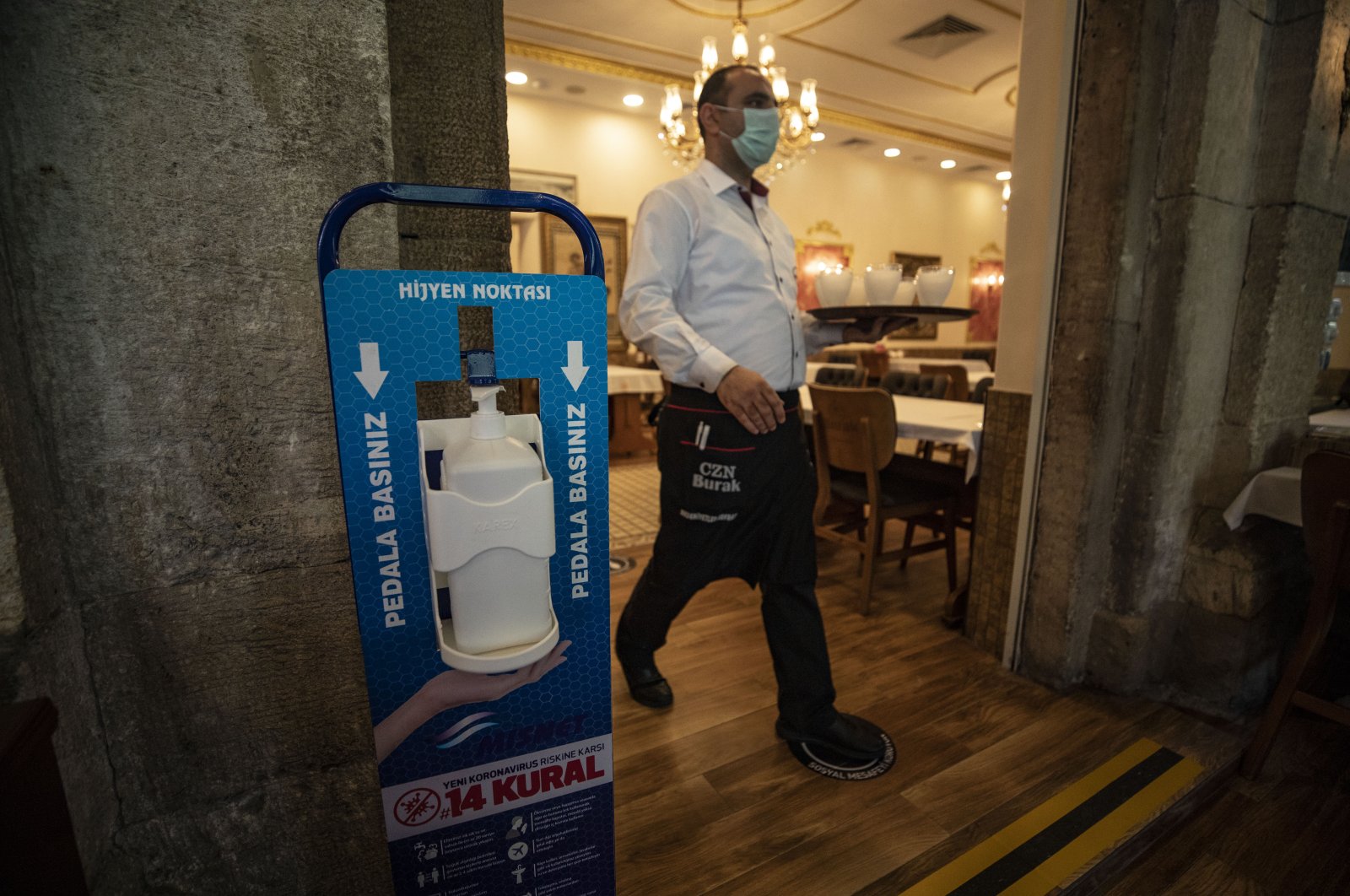 Many firms managed to survive the first wave of infections through government support, but some of them will not be able to make it through a second wave

Turkish businesses and major sectors voiced concern over a further disruption from a possible second wave of the coronavirus pandemic as the number of cases in the country has spiked since restrictions were eased.

The number of new cases increased to 1,592 on Monday, marking the fifth day in a row the country has reported an increase in daily new infections. From early June, Turkey allowed cafes, restaurants, parks and other public venues to reopen and rescinded travel bans on the 15 hardest-hit regions, including Istanbul and the capital Ankara.

The businesses across the country, which have been hard hit by the pandemic and subsequent lockdown measures, are now worried that a new wave will bring longer months of suspension of business, coupled with additional costs of health measures taken at the workplace.

Ahmet Öksüz, head of the Istanbul Textile and Raw Materials Exporters Association (İTHİB), told the Güneş daily on Sunday the sector has just entered a slow and gradual recovery after suffering a 50% decline in exports over the past months due to the pandemic.

He noted that the sector managed to survive the first wave of infections through government support schemes such as short-term work allowance but warned that a considerable number of firms will not be able to make it through a second wave.

“Seeing people walk on the street without a mask is a worrying scene for the sector. Some firms already began to feel the effects of the recent uptick in infections,” Öksüz said, urging the government to take tougher measures on those who refuse to wear face masks in public.

Alper Kanca, head of the Automotive Supplier Industry (TAYSAD), represents more than 460 firms and over 200,000 people employed in the auto industry. He said the industry has implemented all safety measures strictly but warned all efforts could go in vain if the general public fails to follow the government guidelines on social distancing.

“Making mask-wearing mandatory on the street seems to be the best option,” Kanca said.

The automotive industry, which championed Turkey's sectoral exports for 14 straight years, has been reeling from its worst crisis in decades after strict lockdown measures to contain the coronavirus pandemic froze production at factories and brought sales to a halt amid a precipitous drop in consumer spending.

The industry saw a production loss of some 150,000 units over two months, slipping by 22% in March and further plunged by 91% in April, according to the Automotive Manufacturers Association (OSD) data. The sector also saw its exports slide significantly in March and April with sales sliding 29% in March, dropping a further 77% in April.

OSD Chairman Haydar Yenigün said that the industry has taken firm steps against the pandemic while returning back to work, but new preventative measures also meant major additional costs.

“The easing of lockdown for the wider public started to create serious risks for us. A possible second wave happening in Turkey and Europe in the fall could severely affect the economy,” Yenigün said.

Machinery Exporters Association Chairman Adnan Dalgakıran warned that a second wave would bring along an economic crisis threat larger than the health crisis.

“The economy cannot survive another round of business shutdowns. We are facing this massive threat because of people refusing to take precautions,” Dalgakıran said.

The tourism industry, which has arguably taken the largest hit from the pandemic, has opened the summer season for domestic tourism and is preparing to welcome foreign guests next week. However, a new jump in infections, both in Turkey and elsewhere, could bring an abrupt end to the direly needed reopening of the industry.

Hoteliers Association of Turkey (TÜROB) Chairman Müberra Eresin said the country and the tourism sector have managed the pandemic successfully up until now and warned against loosening measures.

“Making compromises on health measures could mean wasting all the time and effort we have put in implementing preventive measures against the virus,” Eresin said.

The Culture and Tourism Ministry and the Health Ministry announced jointly the "healthy tourism certificate" program last month to convince travelers that despite the pandemic, Turkey’s beaches and historic treasures will be safe to visit this year, with rigorous checks on airlines, local transport and hotels and utmost safety guidelines for places of accommodation.

The program has 132 criteria, including ensuring that hygiene regulations are followed and social distancing is practiced. Staff members will also be trained in measures to prevent the spread of infection.