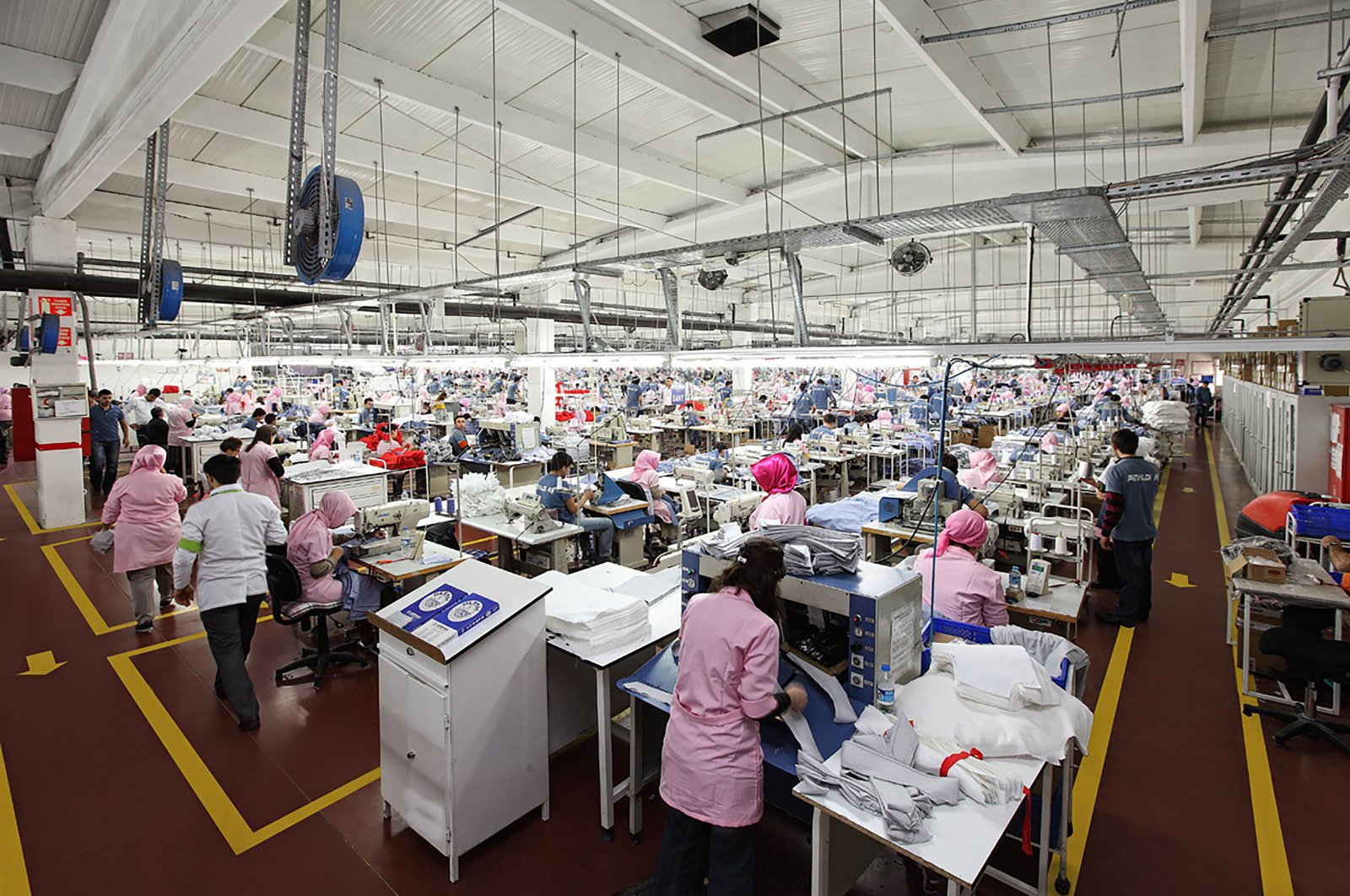 It is increasingly common to see Turkish flags in front of clothing stores in Douala, the Cameroonian economic capital, Anadolu Agency (AA) reported.

Online stores of Cameroonian traders in other cities boast about the quality of their products because they come from Turkey.

Until recently, the Cameroonian market has long been a place of exhibition for Chinese goods. Several dealers told Anadolu Agency that the reality is changing, "especially since the beginning of the health crisis" that caused the closure of markets and limited imports.

In January, Ismail Gulle, head of the Turkish Exporters' Assembly (TIM), said the Turkish garment industry managed to increase exports in eight of 12 months last year, according to Anadolu Agency.

"When China closed its borders, traders had to look for solutions and at that time Turkey proved to be very accessible," said Simon Cargo, a Cameroonian entrepreneur.

His stores are popular in Douala. He transports clothes and various parcels from Turkey.

The accessibility of Turkish markets has made buyers discover a superior quality of clothing, he said.

"The good quality is in Turkey. The value for money is much better than the clothes coming from China with lower quality and lower price," he said.

Nyambe Cargo has been in business for about 10 years. But it is not simply the health crisis that led him to Turkey.

"I chose Turkey 10 years ago because the Turks make European clothing models and generally, I found that they create while China imitates without quality. I like quality and I find it in Turkey. My customers also come back for quality even if the price is slightly higher than Chinese clothes," he said.

He has several stores where he displays goods as well as Turkish flags.

Anadolu Agency found him in the middle of a sale.

He does not hesitate to praise the quality of his goods and is convinced his customers will come back.

Nyambe said he travels to Turkey twice a month to make purchases.

With nearly $6,000, he believes a beginner can get into the business and make significant profits.

A doctoral student in agro-economics, Nelson Njakoy has been studying for three years at Ege University in Izmir, Turkey.

He started an online clothing business almost a year ago.

He has groups on social networks where he displays images of clothes for customers in Cameroon, Congo, Gabon, Senegal and Mali.

"I think this activity is one that you can do here as a student to support yourself. I chose it to be able to pay my rent, feed myself and help my little brothers in Cameroon," he said.

The Turkish market stands out when compared to others like China and Dubai "because Turkey offers quality products at a relatively better price," he said.

Njakoy said the health crisis that caused China's closure has benefited Turkey, which remained "accessible, faster and with better quality."

Cameroonian entrepreneurs have unanimously appreciated the facilitated export procedures between their country and Turkey.

"Taxation is not very complicated. The Turkish authorities do not complicate the procedures," said Cargo.

"The transport routes between Turkey and Cameroon are easy. By sea, we had 45 days to bring the package. With air, we had seven days and four to three days for accompanied luggage. Taxation is manageable at the Turkish level," said Nyambe.

He believes that Turks take pride in exporting their products, so they make it easy for buyers.

"There are no barriers. They really encourage investors. It's a hospitable and trading country. Outside of transportation and tourism, clothing is their working commodity," he added.

To maintain a competitive edge, the focus on high-quality, value-added production will allow Turkey to acquire a much larger share of the world's ready-to-wear supply, according to Gulle, who expects a return of $20 billion in exports in 2021.