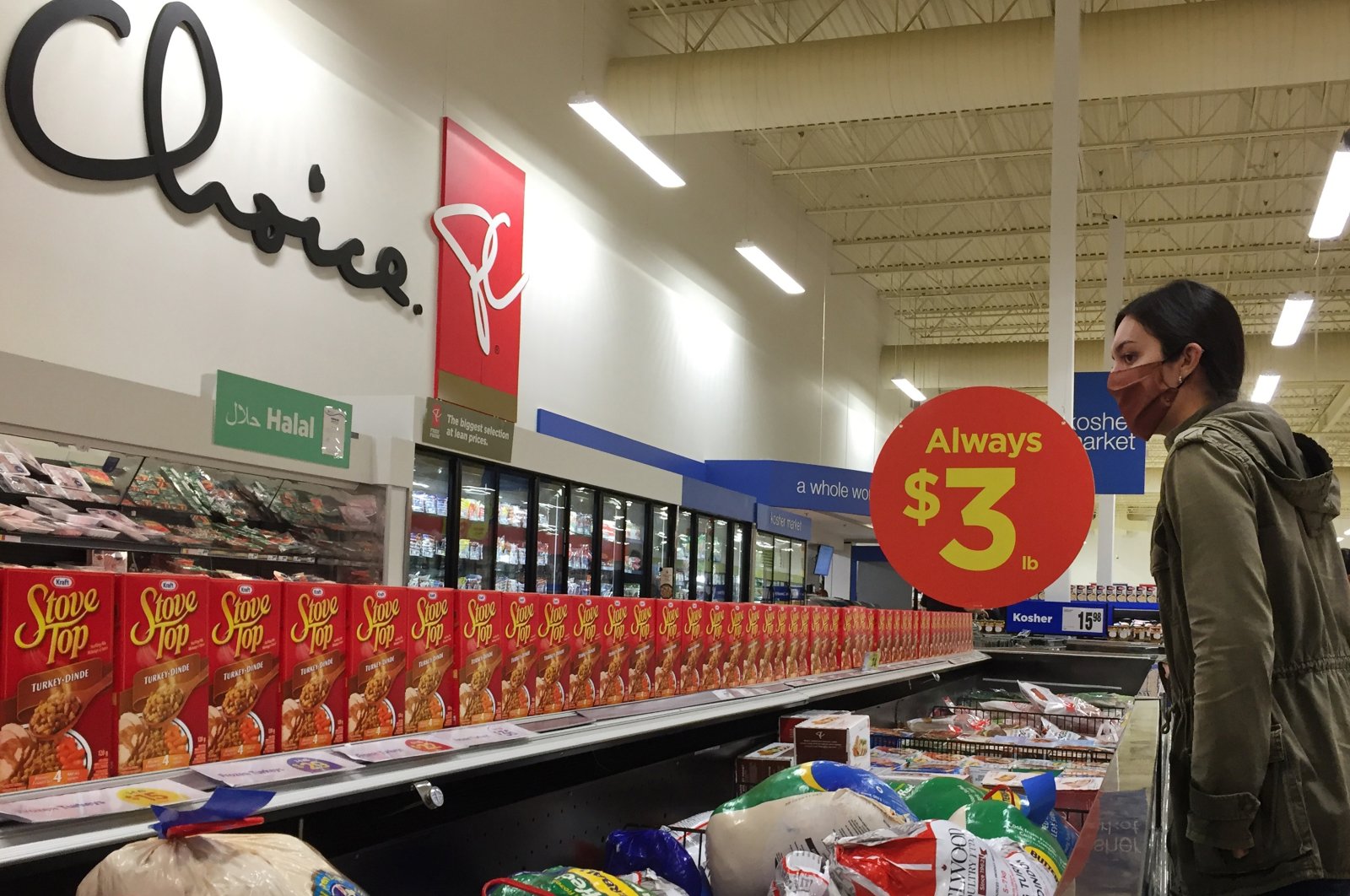 A woman looks at frozen turkeys at a supermarket a few days before the Thanksgiving long weekend during the fourth wave of the novel coronavirus pandemic in Toronto, Ontario, Canada on Oct. 7, 2021. (Reuters File Photo)
by French Press Agency - AFP Nov 17, 2021 10:31 pm

Inflation in Canada hit an 18-year high at 4.7% in October, compared to a year earlier, according to statistics.

"Inflation hasn't been this hot in Canada since J. Lo was topping the charts back in 2003," CIBC economist Royce Mendes said in a research note.

Statistics Canada said prices rose in all major components of its Consumer Price Index, led by higher transportation costs that included a 41.7% increase in the price of gasoline.

Shortages of other energy sources such as coal and natural gas led major economies to use more oil for power generation, and this contributed to the higher prices at the pump, it explained.

October was the seventh month in a row in which inflation topped the Bank of Canada's target range of 1% to 3%.

Concerns over inflation prompted the central bank last month to move up the timing for a possible rate hike from the second half to "middle quarters" of next year.

That could mean an increase from the current historic low of 0.25% as early as April.