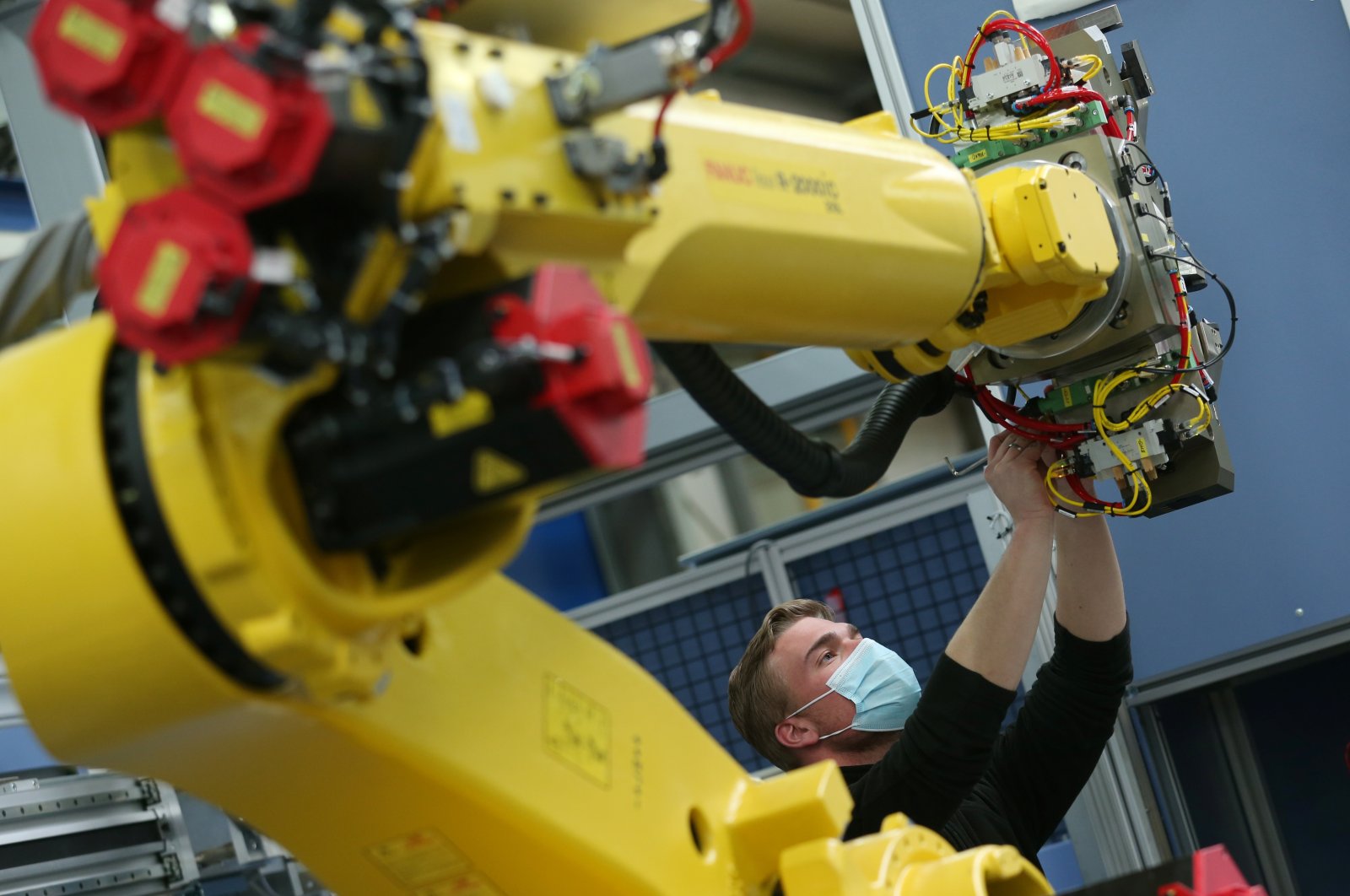 German industrial robot maker Hahn Automation plans to invest millions of euros in new factories in China over the next three years, keen to capitalize on an economy that's rebounding more rapidly than others from the COVID-19 crisis.

"If we want to grow with the Chinese market, we have to manufacture on the ground," Chief Executive Frank Konrad said of the investment drive, intended to skirt Chinese export hurdles in what Beijing views as a strategic sector.

But while the Chinese recovery may be good news for companies like Hahn, it is complicating efforts by Chancellor Angela Merkel's government to diversify trade relations and become less dependent on Asia's rising superpower.

Despite Berlin's concerns, the German industry is deepening ties with China, which battled the pandemic with stricter measures than other countries, moved out of a first lockdown earlier and saw demand rebound more quickly.

Olaf Kiesewetter, CEO of car sensor supplier UST in Thuringia in eastern Germany, shares the same ambition of making 25% of sales in China.

"We clearly notice that China has come out of the crisis with force," he told Reuters, adding that China had already become UST's biggest export market outside the European Union a couple of years ago, accounting for 15% of sales.

"Without China, our business in the third quarter wouldn't have been so good. So there is no doubt that we're better off thanks to China."

Such shifts towards greater reliance on the Chinese market run counter to Berlin's trade diversification drive, which can be traced back to the Chinese takeover of Bavarian robotics firm Kuka in 2016 – a step described by German officials as a wake-up call to start viewing China as a serious competitor.

Yet the same realities facing Konrad and Kiesewetter this year are playing out more widely and the two countries have become more intertwined in some ways.

In terms of top destinations for German exports by value, China overtook France in the first nine months of 2020 and came close to the U.S., data from the Federal Statistics Office compiled for Reuters showed.

A senior official told Reuters that given the latest trade and growth trends, China was likely to overtake the United States by the end of the year, to become number one.

China's share of overall German exports rose to nearly 8% in the Jan-Sept period, from roughly 7% a year earlier, according to the data. China is also Germany's top supplier, with its share of German imports rising to more than 11% from below 10%.

In the near term, at least, China is looking stronger than many countries in the West.

Germany, Europe's economic powerhouse, is reeling under a second wave of COVID-19 and its economy is forecast to shrink by a record 6% this year, according to the International Monetary Fund. China is expected to be the only major economy to report growth this year, with a projected expansion rate of 1.9%.

Germany is expected to rebound in 2021, yet its projected growth of 4.2% still lags the International Monetary Fund's (IMF) global forecast of 5.2% and is around half of China's projected 8.2%.

"We're observing that China is emerging stronger from the crisis, at least for now," said Stefan Mair, one of the masterminds behind a strategy paper published by the BDI industry association last year which encouraged Berlin and Brussels to toughen their approach towards Beijing.

"China has become even more important for Germany in economic terms since the start of the year," said Mair, who has headed the SWP political think-tank since October.

The disruptions caused by the pandemic are exposing Europe's dependencies in certain areas.

A new survey from the Berlin-based Mercator Institute for China Studies (MERICS), shared exclusively with Reuters, found more than 100 product categories in which the EU has a critical strategic dependence on imports from China.

In September, Economy Minister Peter Altmaier told Reuters that Germany must become less dependent on Asian suppliers in areas such as medical precursors and that Europe as a whole should try to diversify its trade relations.

But that's easier said than done.

In an example of the complexities, efforts by the German government to support the local production of medical face masks following the first wave of the pandemic had mixed success.

Peter Haas from the Suedwesttextil business association said Berlin's push didn't lead to a domestic and sustainable market for medical masks because the plan focused on funding investment and did not include purchase guarantees.

"After the initial panic, the public sector, in particular, turned its back on local producers again and now buys protection masks at the lowest price – and that's often from China."

An economy ministry spokesman said competition rules of the EU single market did not allow purchase guarantees. But he added Berlin was nonetheless confident of reaching its goal of supporting the local production of 7 billion masks this year.

But while Chinese demand might have helped many companies weather the pandemic, some still face the kind of obstacles that German officials complain give China an unfair advantage, with Beijing's hybrid model of mixing a state-controlled economy with private-sector activity.

Hahn Automation, for example, is facing export hurdles for its "Made in Germany" machines as Beijing has singled out industrial robots as one of the areas of special interest in its industrial strategy titled "Made in China 2025."

"China is cordoning itself off without mercy," said CEO Konrad. "It wants to bring a large part of added value in the area of automation and industrial robots into its own country."

This leaves Hahn Automation, which is based in the western German town of Rheinboellen and makes machines for the auto and health care sectors, little choice but to shift parts of its production to China, Konrad added.

"It's impossible to ignore China because its market and growth opportunities are simply too big," said Mair of SWP. "But most German firms are well aware they are not doing themselves a favor if they put all their eggs in one basket."

The Chinese foreign and commerce ministries did not respond to Reuters requests for comment.

Beijing said in June, in response to EU calls for it to open up its economy, that progress had been made and patience was needed. But it has also rejected any interference in Chinese affairs, saying it does not breach global trade rules.

But he cautioned: "It will probably take three to five years before we can tell how successful German companies have been in their efforts to become less dependent on China."

Zenglein, of MERICS, argues that Europe should adopt a clear-eyed assessment of its vulnerabilities and strengths to balance the different spheres of cooperation and competition.

"Economic dependence also cuts both ways: China has much to lose from deteriorating relations with the EU, which is one of the largest foreign investors, and job-creators, in the country, as well as an important market and source of know-how."