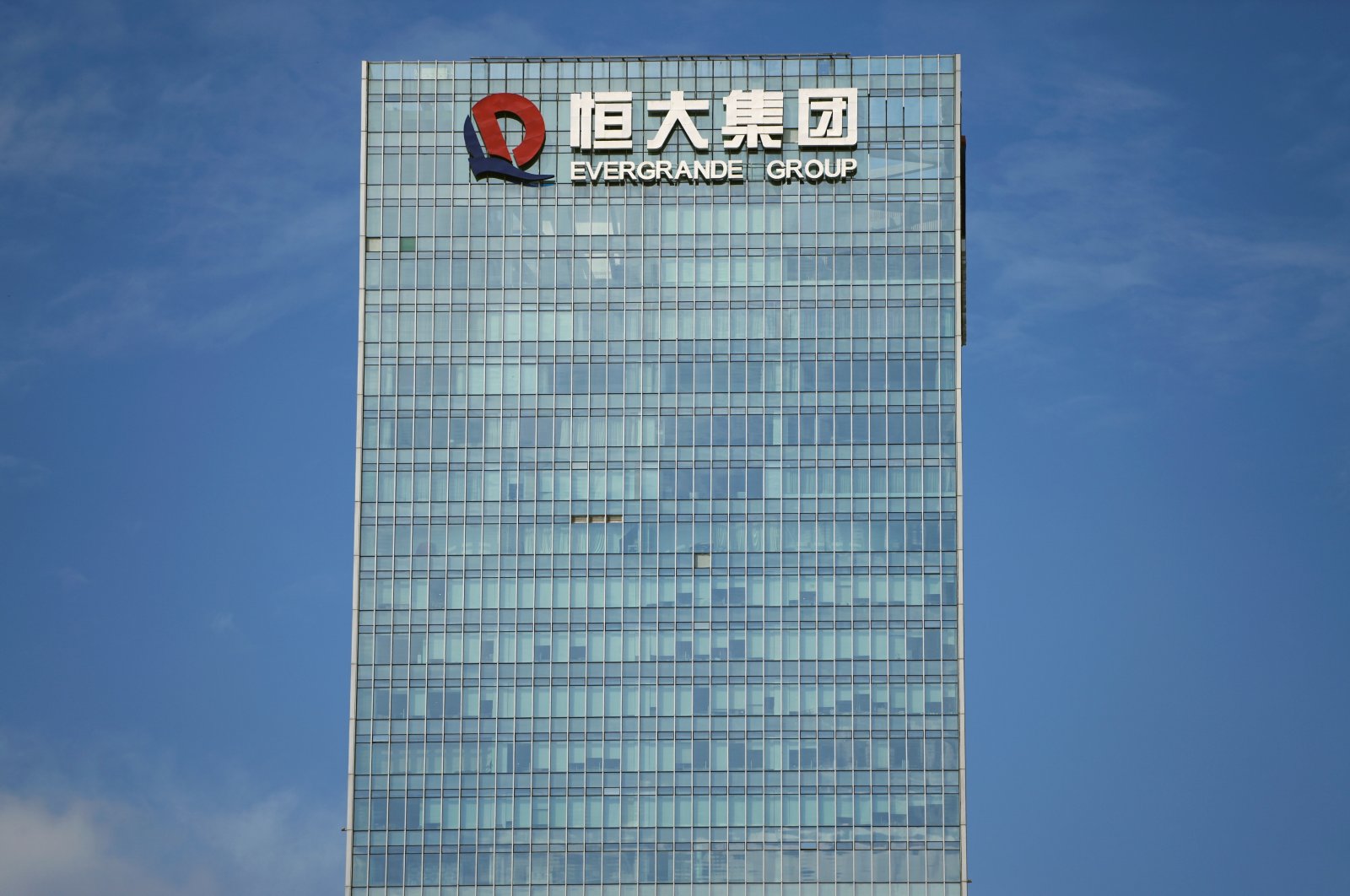 The logo of China Evergrande Group is seen on the property developer's headquarters in Shenzhen, Guangdong province, China, Sept. 26, 2021. (Reuters Photo)
by REUTERS Dec 06, 2021 11:07 am
RECOMMENDED

After lurching from deadline to deadline, China Evergrande Group is again on the brink of default, with pessimistic comments from the property developer raising expectations of direct state involvement and a managed debt restructuring.

Having made three 11th-hour coupon payments in the past two months, Evergrande will again face the end of a 30-day grace period on Monday, with dues this time at $82.5 million.

But a statement late on Friday saying creditors had demanded $260 million and that it could not guarantee enough funds for coupon repayment prompted authorities to summon its chairperson – and wiped over a sixth off its stock's market value on Monday.

Evergrande was once China's top-selling developer but is now grappling with more than $300 billion in liabilities, meaning a collapse could ripple through the property sector and beyond.

Its statement on Friday was followed by one from authorities in its home province of Guangdong, saying they would send a team to Evergrande at the developer's request to oversee risk management, strengthen internal control and maintain operations.

The central bank, banking and insurance regulator and securities regulator also released statements, saying risk to the broader property sector could be contained.

Short-term risk from a single real estate firm will not undermine market funding in the medium or long term, said the People's Bank of China. Housing sales, land purchases and financing "have already returned to normal in China," it said.

Morgan Stanley in a report said such a process would involve coordination between authorities to maintain normal operation of property projects, and negotiation with onshore creditors to ensure financing for projects' development and completion.

Its November 2022 bond – one of two bonds that could go into default on non-payment on Monday – was trading at the distressed price of 20.787 U.S. cents on the dollar, compared with 20.083 cents at the end of Friday.

Evergrande has been struggling to raise capital by disposing of assets, and the government has asked Chairperson Hui Ka Yan to use his wealth to repay company debt.

The firm is just one of a number of developers facing an unprecedented liquidity squeeze due to regulatory curbs on borrowing, causing a string of offshore debt defaults, credit-rating downgrades and sell-offs in developers' shares and bonds.

To free up funds at banks, Premier Li Keqiang on Friday said China will cut the bank reserve requirement ratio (RRR) "in a timely way" to increase support for the real economy.

Still, the government may have to significantly step up policy-easing measures in the spring to prevent a sharp downturn in the property sector, Japanese investment bank Nomura said in a report published on Sunday.

Smaller developer Sunshine 100 China Holdings Ltd on Monday said it had defaulted on a $170 million U.S. dollar bond due Dec. 5 "owing to liquidity issues arising from the adverse impact of a number of factors including the macroeconomic environment and the real estate industry."

The delinquency will trigger cross-default provisions under certain other debt instruments, the developer said.

Last week, Kaisa Group Holdings Ltd – the largest offshore debtor among Chinese developers after Evergrande – said it had failed to secure approval from offshore bondholders to carry out an exchange offer of its 6.5% offshore bonds due Dec. 7, without which it said it would risk default.

The developer has begun talks with some of the offshore bondholders to extend the deadline for the $400 million debt repayment, sources have told Reuters.

Smaller rival China Aoyuan Property Group Ltd last week also said creditors have demanded repayment of $651.2 million due to a slew of credit-rating downgrades, and that it may be unable to pay due to a lack of liquidity.