China exports robust despite power crunch, surplus with US grows 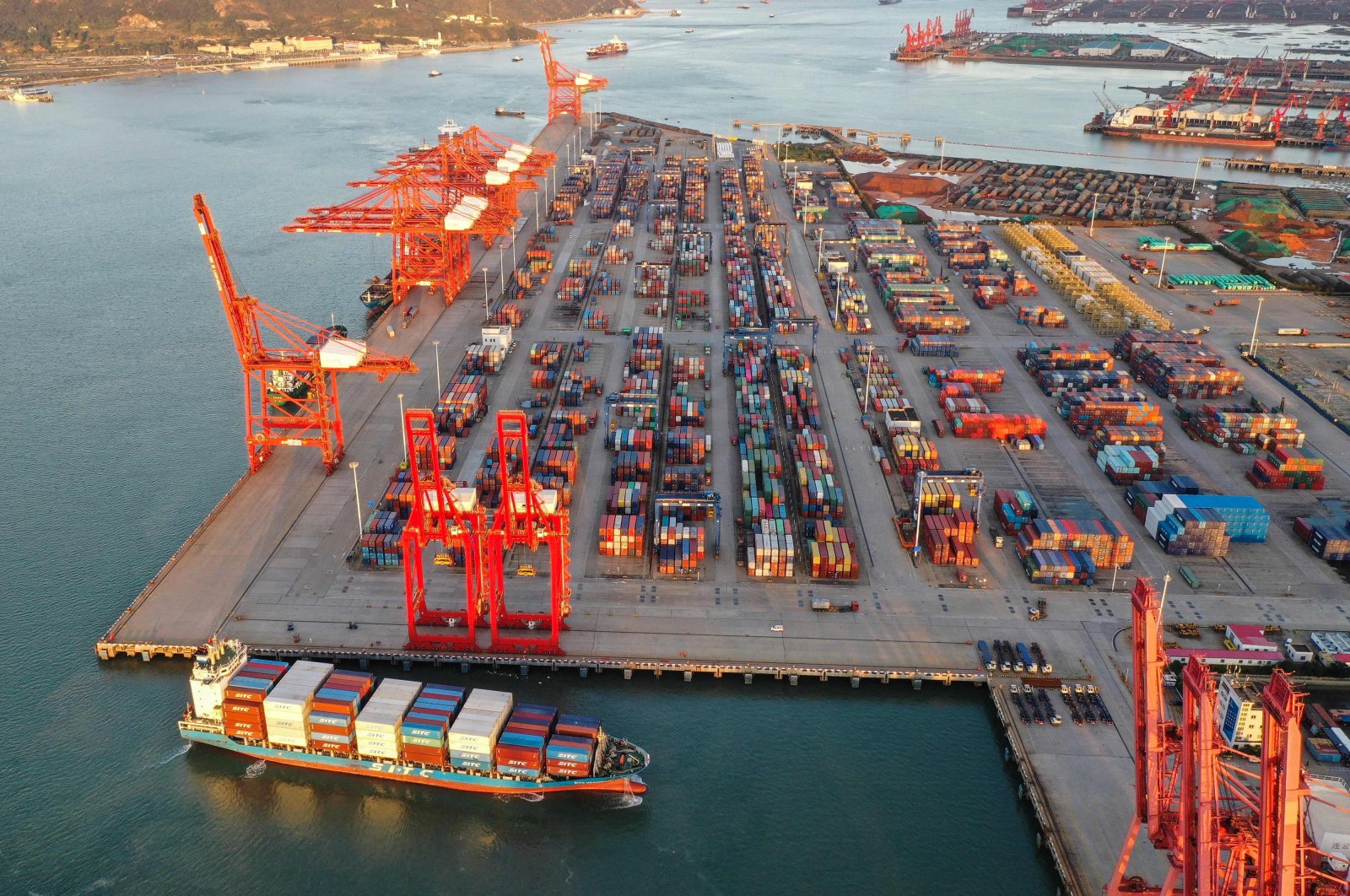 China’s exports accelerated faster than projected in September, as persistently solid global demand offset some of the pressures on factories from power shortages, supply bottlenecks and a resurgence of domestic COVID-19 cases.

Adding to that, demand for imports of iron ore and other commodities eased as a property construction boom cooled and authorities enforced curbs on energy use.

Customs data showed exports rose 28.1% to $305.7 billion. That was slightly faster than the 26% increase logged in August, and above economists’ forecasts. Imports rose 17.6% to $240 billion, less than the previous month’s 33% increase.

This year’s trade figures have been distorted by comparison with 2020, when global demand plunged in the first half after governments shut factories and shops to fight the pandemic. Chinese exporters reopened after the ruling Communist Party declared the virus under control in March 2020, while their foreign competitors still were hampered by anti-virus curbs.

“China’s foreign trade performance is leading the field among the world’s major economies, and China has seen an increase in its international market share,” said Li Kuiwen, a spokesperson for the customs agency.

“Taking into account the impact of the high base of foreign trade in 2020, the growth rate of imports and exports may fall in the fourth quarter of this year, but the overall upward trend of China’s foreign trade will not change, and rapid growth throughout the year is still expected," Li said.

Still, economists have forecast that surging global demand for Chinese goods will level off as anti-disease controls ease and entertainment, travel and other service industries reopen.

“The bigger problem for exports is that foreign demand has been buoyed by large stimulus in developed economies and shifts in consumption patterns due to the pandemic, both of which are likely to unwind over the coming quarters,” Julian Evans-Pritchard of Capital Economics said in a commentary.

He said imports are also likely to weaken as property construction slows and commodity prices retreat after surging in the initial rush of manufacturing as economies loosened pandemic-related restrictions.

Other analysts say power rationing in September may not have affected exports yet, but could constrain production and inflate costs for Chinese manufacturers in the months to come.

Power shortages caused by a transition to clean energy, strong industrial demand and high commodity prices have halted production at numerous factories including many supplying firms such as Apple and Tesla since late September.

China’s global trade surplus rose to $68 billion in September from $52 billion in August. That was the highest level since 2015.

The politically sensitive trade surplus with the U.S. rose to $42 billion in September from nearly $38 billion in August, the report said.

Exports to the U.S. jumped 30% to $57.4 billion, while imports from the U.S. rose nearly 17% to $15.4 billion. American retailers are refilling bare store shelves, helping to keep demand strong, economists said.

More than three years after former U.S. President Donald Trump launched a tariff war against Beijing, his successor Joe Biden’s administration has not said if it will agree to Chinese demands to roll back some of those punitive duties.

Some rancor between the two biggest economies has eased in recent weeks. But Biden’s top trade official, Katherine Tai, said last week that she planned frank talks with Beijing about complaints over policies that foreign businesses say give their Chinese competitors an unfair advantage.

Imports of metals and semiconductors weakened, partly due to shortages of computer chips that are used in a wide range of products manufactured in China.

The ruling Communist Party has been moving to curb rising levels of debt and cool a construction boom that has driven a large share of economic activity in recent years. That is slowing demand for construction materials.

The authorities also are imposing some curbs on use of coal as they strive to meet targets for reducing carbon emissions and clear smoggy skies. But rising prices for oil, coal and other commodities mean a less obvious impact on easing demand in dollar terms.