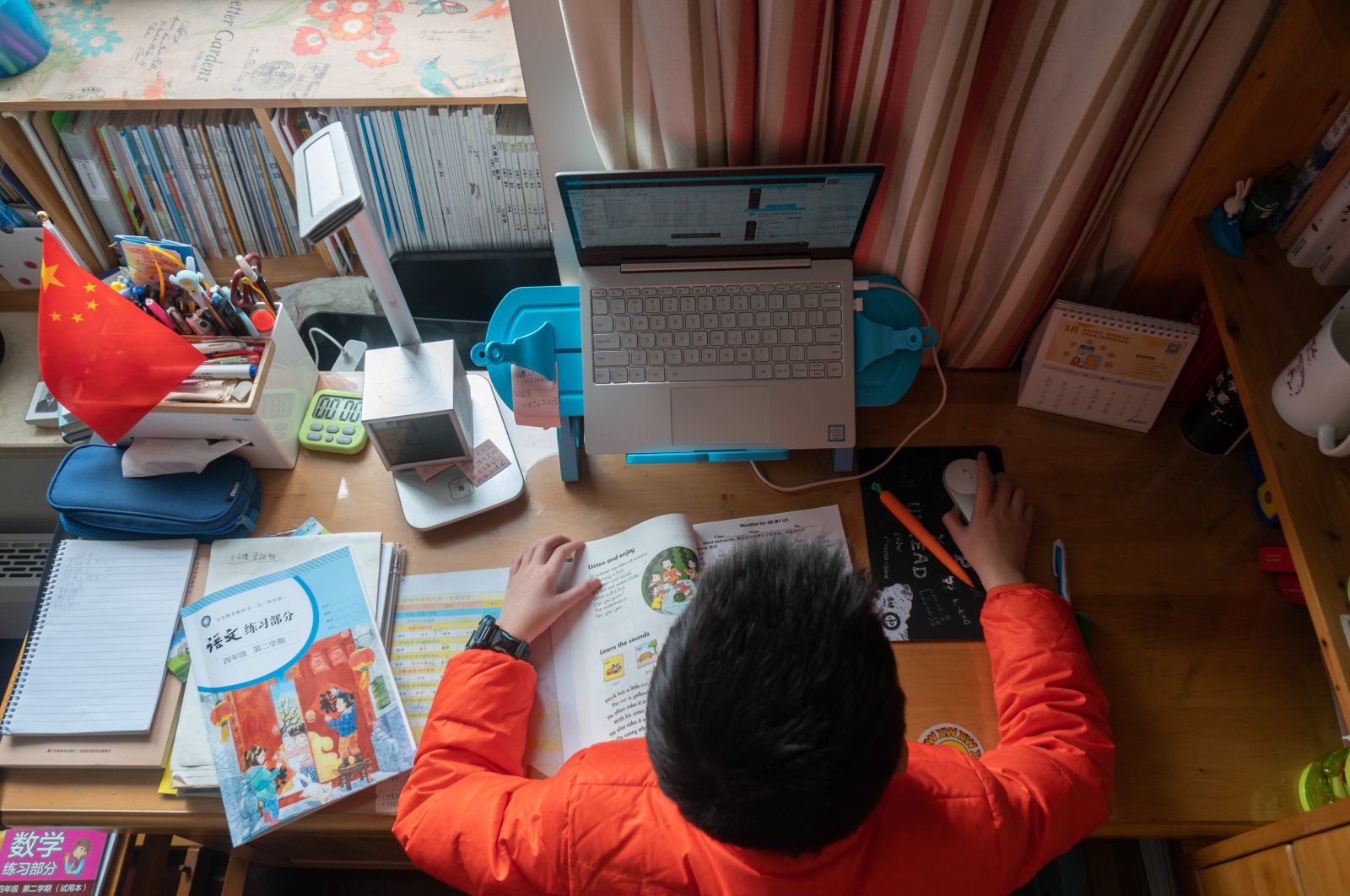 Every morning, Sam Josti logged on from her U.S. home to teach children halfway around the world, just one of thousands of foreign language tutors giving Chinese students a rare window into Western culture.

But tutors like Massachusetts-based Josti have taken a sharp financial hit after Beijing's harsh crackdown on extracurricular classes pulled down the blinds over the world outside for Chinese students.

Foreign language teaching firms had long tapped into a vast demand for English in China, where armies of parents are eager to get their kids ahead in a cut-throat education system in which a single exam can determine a life's trajectory.

That came to a crashing halt in August when Beijing announced education reforms that banned tutoring firms from hiring overseas teachers.

The rules – which also forced tutoring platforms to turn their businesses non-profit and barred some classes during weekends and holidays – are framed by Beijing as necessary to alleviate stress on overworked students and reduce education costs.

Critics say they are also cutting off Chinese children from outside influences, as an increasingly nationalistic Beijing moves to reassert socialist ideology in the country's classrooms.

"I understand wanting to take pressure off parents ... but not why it's been so sudden and harsh," said 44-year-old Josti, a former elementary school teacher who switched to full-time online tutoring in 2017.

"We were bridging the gap between the two countries, and it seems to have stopped before we could finish it," she told Agence France-Presse (AFP), fearing cultural exchange will now be lost.

"On a personal level, it's heartbreaking."

Cindy Mi, the founder of the online learning platform VIPKid, told Chinese state TV in March that her company had 800,000 Chinese students, in what she called an online "global classroom."

But just a few months later, VIPKid announced it would no longer sell English classes with tutors based overseas – the core of its business model – because of the new rules.

Other distance learning platforms such as GOGOKID and 51talk quickly followed suit.

Canadian VIPKid tutor Tim Gascoigne said the changes have shut down an exciting space for cultural exchange and learning.

"A lot of what went on was edutainment – fun, interactive short lessons with native speakers, and it was great cross-cultural communication," he told AFP.

The reforms appear to be part of broader measures to control what is learnt in the classroom, coming after China last year banned foreign teaching materials and ordered the president's political ideology, Xi Jinping Thought, to be taught in all schools.

"Perhaps it is difficult to count on a U.S. or European teacher to teach a Chinese kid history or patriotism."

Since vast demand still exists for English tutoring, tutors say there is an emerging black market.

Some education platforms are trying to recruit foreign teachers within China to give extra tutoring classes, said Jessica, a former staffer at an education agency in Beijing.

Others are offering informal classes on social media platforms.

There were over 400,000 foreign teachers in China in 2017, according to a state media survey – although some expatriates have since relocated due to the pandemic and tight border controls.

"Most kids I know still have a way to learn English and buy whatever they need," added Jessica.

Many Chinese parents prefer foreign teachers for conversation practice and particularly for spoken English, according to mother Wang Xiaogui.

"My daughter misses her teacher a lot," said Wang, whose 14-year-old daughter Wendy in the eastern city of Shaoxing took regular lessons from an American teacher.

"The teacher really cared about my child," she added.