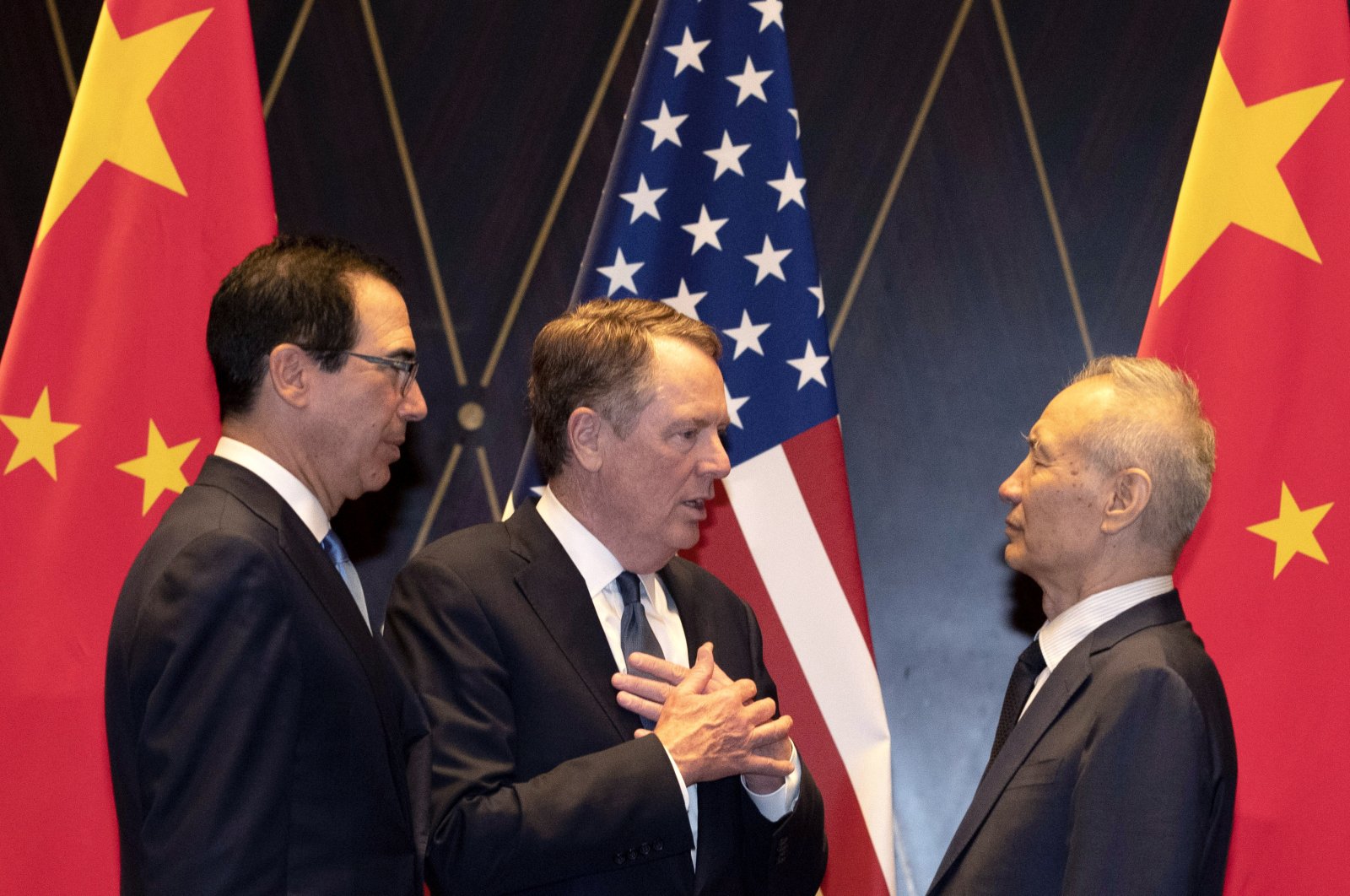 Top Chinese and U.S. negotiators spoke on the phone Tuesday and agreed to "push forward" their phase one economic deal, amid soaring tensions between the two sides on several fronts.

The United States and China signed the accord in January, bringing a partial truce in their lingering trade war and obliging Beijing to import an additional $200 billion in American products over two years, ranging from cars and machinery to oil and farm products.

But the COVID-19 pandemic has put pressure on the agreement and China's purchases of those goods have been lagging.

The two countries confirmed the talks in separate statements.

Washington said the parties "addressed steps that China has taken to effectuate structural changes called for by the agreement."

Those changes, it said, would "ensure greater protection for intellectual property rights, remove impediments to American companies in the areas of financial services and agriculture, and eliminate forced technology transfer."

It added that both sides "see progress and are committed to taking the steps necessary to ensure the success of the agreement."

Beijing's statement said a "constructive dialogue" between the two sides had "agreed to create conditions and atmosphere to continue to push forward the implementation of phase one of the China-U.S. economic and trade agreement."

The phase one deal called for officials to hold a "check-in" every six months.

But U.S. President Donald Trump in recent weeks has stepped up his rhetoric against China ahead of what is expected to be a tough re-election fight, raising questions about the deal's fate as well as the possibility of a phase two agreement.

Tensions between the two countries have risen over a host of issues including blame for the coronavirus pandemic and China's policies in Xinjiang and Hong Kong.

Confirmation of the call came as TikTok – owned by Chinese parent company Bytedance – filed a lawsuit challenging the U.S. government's crackdown on the popular video app, which Washington accuses of being a national security threat.

The Trump administration has given ByteDance a deadline to divest TikTok before the app is banned in the United States, arguing TikTok could be used by China to track the locations of federal employees, build dossiers on people for blackmail, and conduct corporate espionage.

The company says it has never provided any U.S. user data to the Chinese government, and Beijing has blasted Trump's crackdown as political.

The optimistic note sounded from the trade call comes ahead of a five-day trip to Europe by Chinese foreign minister Wang Yi, a visit likely to include discussions on China's role in 5G network construction and Chinese telecom giant Huawei.

Wang Yi criticized the U.S. Monday in thinly-veiled comments about "political manipulation" at a meeting in Beijing with the Hungarian foreign minister – the first European minister to visit China since the coronavirus outbreak began.

The Chinese tech firm is considered a threat by Washington and has become a pivotal issue in the geopolitical standoff between Beijing and Washington.