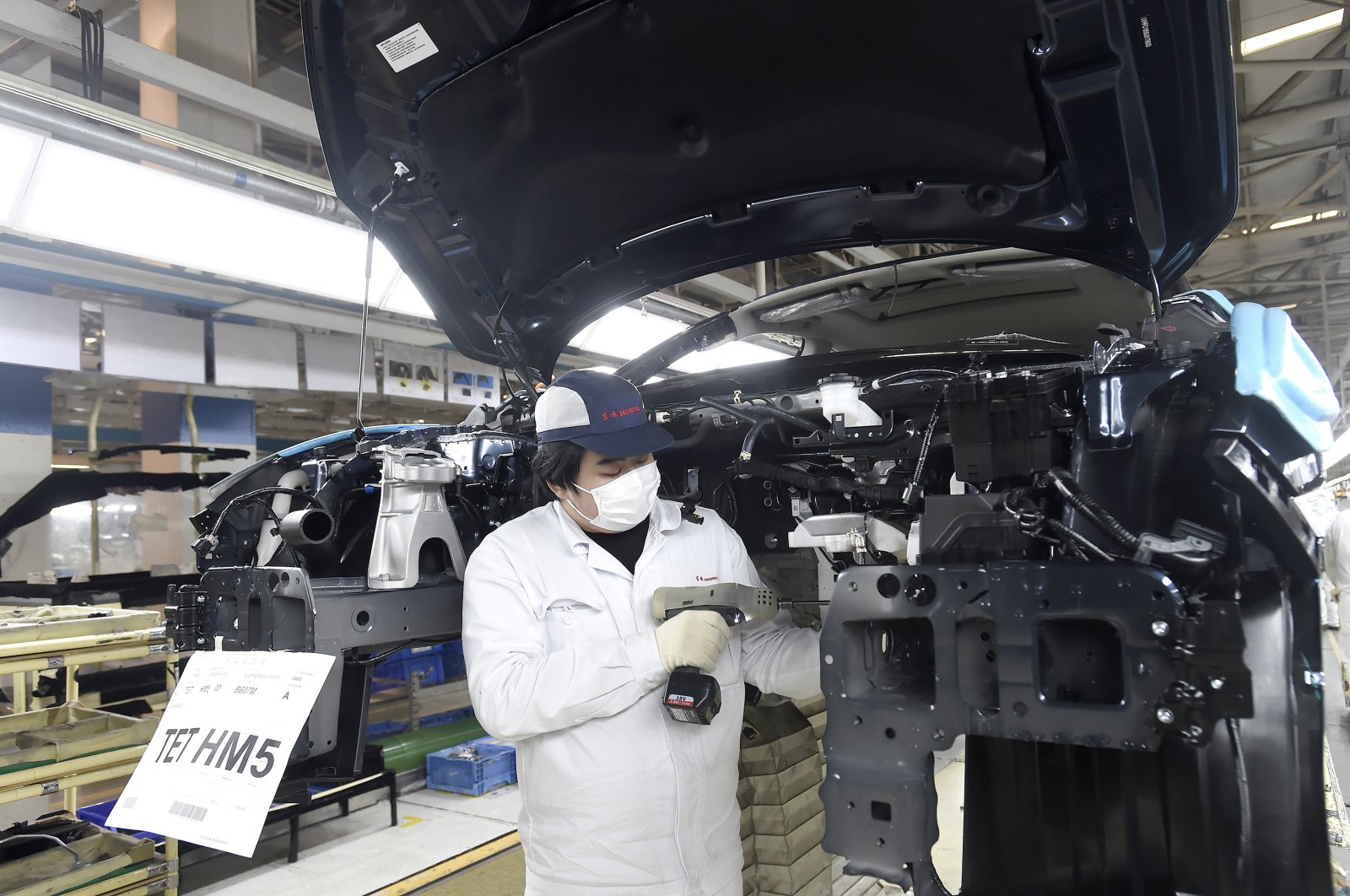 Factory activity in China unexpectedly expanded in March from a collapse the month before, but analysts caution that a durable near-term recovery is far from assured as the global coronavirus crisis knocks foreign demand and threatens a steep economic slump.

China's official Purchasing Managers' Index (PMI) rose to 52 in March from a plunge to a record low of 35.7 in February, the National Bureau of Statistics (NBS) said Tuesday, above the 50-point mark that separates monthly growth from contraction.

Analysts polled by Reuters had expected the March PMI to come in at 45.0.

The NBS attributed the surprise rebound in PMI to its record low base in February and cautioned that the readings do not signal stabilization in economic activity.

That view was echoed by many analysts, who warn of a further period of struggle for China's businesses and the broader economy due to the rapid spread of the virus across the world, the unprecedented lockdowns in several countries and the almost near certainty of a global recession. "This does not mean that output is now back to its pre-virus trend. Instead, it simply suggests that economic activity improved modestly relative to February's dismal showing, but remains well below pre-virus levels," said Julian Evans-Pritchard, senior China economist at Capital Economics, in a note to clients.

The pandemic's sweeping impact on production was underlined in two of Asia's main export engines, Japan and South Korea. In Japan, industrial output rose at a slower pace in February and factories expect a plunge this month, while production in South Korea contracted the most in 11 years.

Economists are already forecasting a steep contraction in China's first-quarter gross domestic product (GDP), with some expecting a year-on-year slump of 9% or more – the first such contraction in three decades.

The survey's sub-index of manufacturing production picked up to 54.1 in March from February's 27.8, but new export orders received by Chinese manufacturers were still mired in contraction, after ticking up to 46.4 from 28.7 in February.

Manufacturers are still facing big operational pressures, the survey showed, with over half of the respondents reporting a lack of market demand and 42% reporting financing issues, both up from the previous month.

"The biggest problem facing China's economy in the second quarter is the slumping foreign demand," said Nie, adding that authorities may roll out more policies on top of the billions of dollars pumped into the financial system since February to boost domestic consumption and tide over the shrinking overseas demand.

Markets reacted positively to the PMI survey, with Asian stock rising as investors seemed relieved by the rare good news as the pandemic showed few signs of abating.

China's yuan, however, barely budged, reflecting analysts' views that a sustainable bounce in manufacturing looked some way off despite a slowdown in China's coronavirus infections from their peak in February.

Beijing, at great costs to the economy, had imposed draconian quarantine rules and travel restrictions to curb the pandemic that has killed more than 3,000 in the country.

While life for millions of people has started to slowly return to normal, the pace of business resumptions has been constrained by China's efforts to guard against a second wave of infections from abroad.

The coronavirus, which originated late last year in China, has wreaked havoc along global supply chains and severely hurt foreign demand amid tight lockdowns in Europe, the United States and a number of other key economies where daily life has ground to a halt.

Already, Chinese exporters are seeing overseas orders being scrapped as the worldwide spike in coronavirus infections and deaths has forced many of the nation's trading partners to slow or suspend production. Globally the outbreak has claimed the lives of over 37,000 people with more than 770,000 infections.

China should not set an economic growth target this year given the heightened uncertainty and avoid having to resort to "flood-like stimulus" to meet the goal, a central bank adviser said.

The service sector, which accounts for 60% of China's GDP, also saw an expansion in activity, with the official non-manufacturing PMI rising to 52.3 from 29.6 in February, a separate NBS survey showed.

Analysts warn the outbreak could have a lingering impact despite the government loosening restrictions in recent weeks, as many people remain worried about the possibility of new infections or fretting about job security and potential cuts to wages as the economy struggles.

China's urban jobless rate hit 6.2% in February, up 1 percentage point from the end of 2019, with analysts estimating about 5 million jobs lost in the January-February period.

"The situation remains volatile as the trajectory of the COVID-19 virus outbreak in several key economies is still unpredictable," ANZ analysts said in a note.