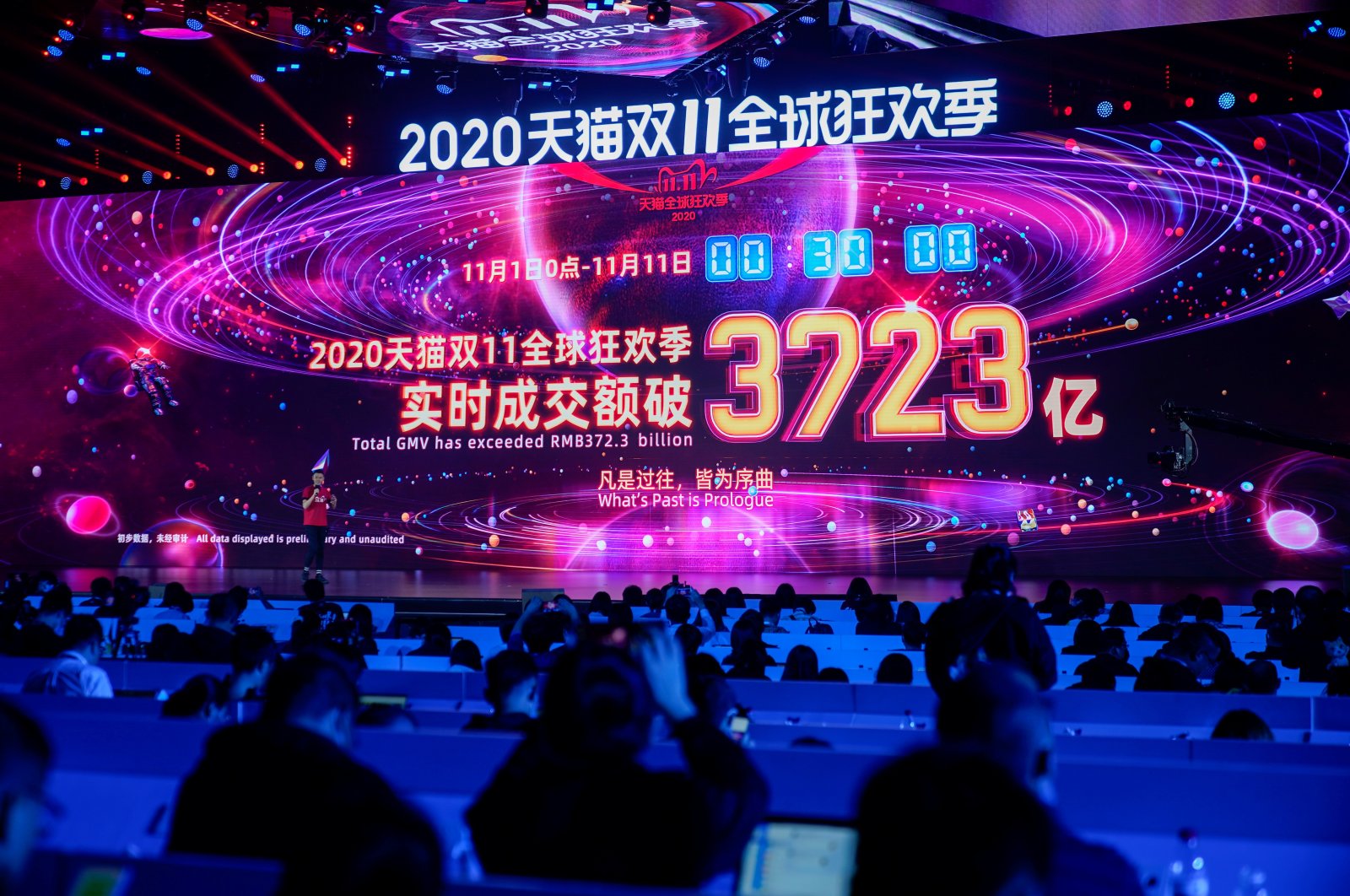 Chinese consumers snapped up everything from food to electronics and beauty products Wednesday as retailers slashed prices for the world's largest online shopping bonanza, closely watched this year for clues on post-pandemic consumer sentiment.

The marathon spending spree has for more than a decade seen China's army of shoppers shell out colossal amounts of cash that have dwarfed the incomes of many small nations. And this year will be no exception.

While "Singles' Day" – so-called for its annual 11.11 date – has long-been a 24-hour event, e-commerce giant Alibaba has expanded it to an 11-day promotion beginning Nov. 1.

Such is its size that its performance is widely considered indicative of China's post-virus economic recovery.

So far, the performance is likely a relief for Alibaba Group Holding Ltd after losing about 10% of its market value last week when regulators scuppered the listing of fintech affiliate Ant Group.

Alibaba said orders on its e-commerce platforms during the shopping extravaganza had exceeded $56 billion by Wednesday morning, more than the gross domestic product (GDP) of Iceland, Lebanon and Georgia combined.

The firm began sales early this year to give lesser-known brands more exposure. It set primary discount days for Nov. 1 through Nov. 3 as well as the usual Nov. 11 and will calculate gross merchandise volume (GMV) over all 11 days.

Conceived in 2009 by Alibaba as an antidote to Valentine's Day, the event falls on the 11th day of the 11th month and was meant to be an occasion for individuals to treat themselves to something new.

But it has expanded to encompass much of China's entire retail sector, including traditional brick-and-mortar stores, which also offer "Singles' Day" promotions.

The event is usually a splashy, single-day affair with live performances and which last year clocked a record GMV of $38.4 billion. This year, Katy Perry appeared at Alibaba's gala, albeit via livestream.

As well as offering straightforward price cuts, the event sees shoppers across Alibaba's numerous platforms playing mobile games for deals, combining purchases across shops and placing orders in the sale's early hours to get the best offers.

Top categories of imported products by GMV as of 9 a.m. were food supplements, infant milk formula and beauty. Sun Jian, event head of logistics, told reporters Alibaba was sanitizing all parcels from abroad given the COVID-19 pandemic.

Analysts also expect this year to be a boon for luxury brands, as consumers accustomed to going overseas for high-end goods have been thwarted by coronavirus border closures.

To encourage spending, livestreamers thronged pop-up film studios at a building near Alibaba's Hangzhou headquarters, touting the merits of goods on sale.

Luo Lima estimated she had been on camera promoting maternity products for 24 hours over the course of this year's sales period, versus six hours on Singles' Day two years ago.

"We stream continuously for six hours, with no break," she told Reuters. "We start by eating a full meal and getting in a good state of mind. We also prepare throat lozenges and vitamin drinks."

This year's shopping is being closely followed around the world as a guide to the state of China's crucial consumer sector, which is increasingly more important to the future of the world's biggest economy.

As the country emerges from the effects of the virus and tight lockdowns, the recovery in retail sales has lagged that seen in industrial sectors, but is gaining pace, analysts said.

But e-commerce in China has expanded to include just about anything a consumer might purchase, including groceries, as digitally savvy Chinese opt for the convenience of online shopping.

The pandemic, which has made many Chinese wary of crowds, is furthering this trend, she told Agence France-Presse (AFP).

"We're expecting it to be another very, very strong year, another record," Sanders said. "Retail in China is largely getting back now to last year's levels."

The Economist Intelligence Unit said it expects China's retail sales recovery to firm in the last three months of the year – supported by the shopping festival.

"China's recovery from the coronavirus pandemic before other major economies will also support consumer confidence," it said.