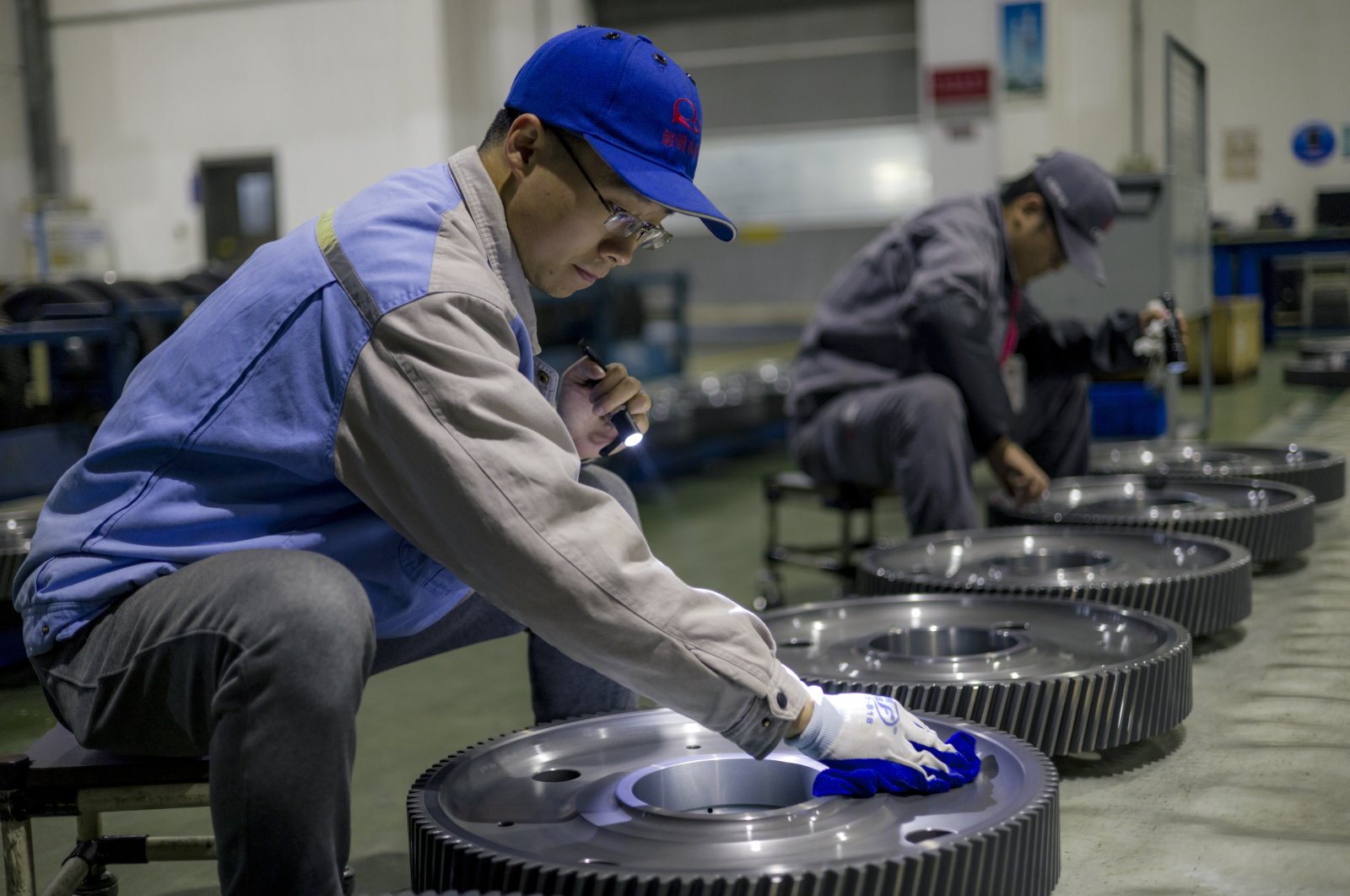 The pace of the sky-high factory-gate inflation increase in China slowed last month, official data showed on Thursday, driven by a government crackdown on runaway commodity prices and an easing power crunch amid Beijing's efforts to lessen the crippling effects of surging costs on the economy.

The producer price index rose 12.9% in November, the National Bureau of Statistics said, slower than October's 26-year high of 13.5% but faster than the 12.4% expected in a Reuters poll of analysts.

While factory inflation remains uncomfortably high, the price moderation may give policymakers some latitude to unleash more stimulus to shore up flagging growth.

China's economy, which staged an impressive rebound from last year's pandemic slump, has lost momentum in recent months as it grapples with surging prices, a slowing manufacturing sector, debt problems in the property market and persistent COVID-19 outbreaks.

The People's Bank of China (PBOC) on Monday announced a cut to the amount of cash that banks must hold in reserve, its second such move this year, to bolster slowing growth.

"Food aside, price pressures are generally easing, especially in heavy industry," said Julian Evans-Pritchard, senior China economist at Capital Economics, in a note. "As such, we don’t think inflation concerns will hold back the PBOC from further loosening measures including policy rate cuts."

Factory-gate inflation has sped up since May this year due to soaring commodity prices, piling pressures on downstream businesses to pass on their costs to consumers.

Authorities have rolled out a series of interventions in recent months, including setting an immediate ex-mine price target and ordering rapid production to cool red-hot prices, measures that have proven effective in easing a power shortage expected this winter.

Government policies to rein in sharply rising energy and raw materials prices are taking effect, said Dong Lijuan, a senior statistician at the NBS in a statement accompanying the data release.

Factory inflation remains extremely high, however, with prices in coal mining and washing surging 88.8% on the year and oil and gas extraction seeing 68.5% growth.

While PPI has likely peaked, the rate at which it will slow down is highly uncertain, said Zhou Hao, senior EM economist at Commerzbank.

The consumer price index (CPI) rose 2.3% year-on-year, the NBS said in a separate statement, slower than expectations for a 2.5% rise but picking up from 1.5% in October.

No cases of the omicron COVID-19 variant have been reported in China to date, but its emergence could add pressure to the strict zero-tolerance policy on coronavirus cases and increase logistical challenges for exporters, analysts say.

The world's second-largest economy faces multiple headwinds heading into 2022 including the downturn of its property sector.

China's top government think tank on Monday recommended authorities set an economic growth target of above 5% for next year and a consumer inflation target of 3%.