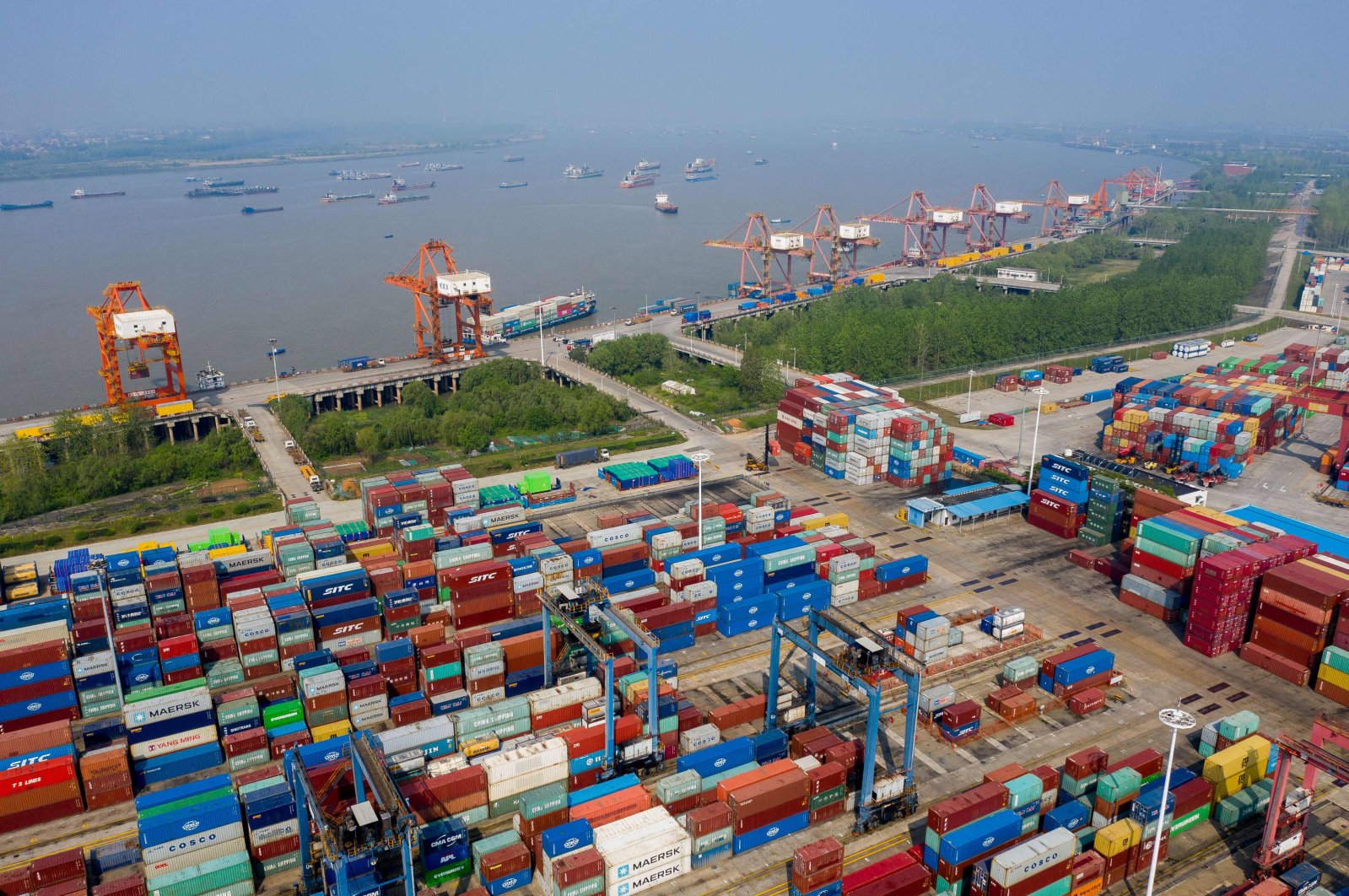 The plunge in China's exports and imports eased in March as factories resumed production, but shipments are set to shrink sharply over the coming months as the coronavirus crisis shuts down many economies and puts the brakes on a near-term recovery.

Financial markets breathed a sigh of relief after customs data Tuesday showed overseas shipments fell by 6.6% in March year-on-year, improving from a 17.2% slide in January-February, as exporters rushed to clear a backlog of orders after forced production shutdowns.

Economists had forecast shipments to drop 14% from a year earlier.

Yet, while the trade figures were not as bad as feared, analysts say the export and overall growth outlook for the world's second-biggest economy remains grim as the pandemic has brought business activity across the globe to a standstill.

"A decline in exports throughout the second quarter has been the market consensus now and a drop of 20% or more is a high-probability event. For policymakers, more policies should be rolled out to address the possible societal issues stemming from mass-scale unemployment," Zhang said.

The data showed imports slid 0.9% from a year earlier, also above market expectations of a 9.5% drop, which the customs attributed to improving domestic demand. They had fallen 4% in the first two months of the year.

The better imports picture partly reflected shipments that were stuck in ports being cleared and catch-up demand as authorities eased restrictions. Yet, domestic consumption was far from robust with key imports such as iron ore dipping in March, underlining the broad economic strains. "Imports should hold up better given that domestic demand looks set to stage a further recovery in the coming months," said Julian Evans-Pritchard, senior China economist at Capital Economics.

"But the quarter of China's imports that feed into China's export sector will continue to fall and hold back the recovery in imports."

The overall trade surplus last month stood at $19.9 billion, compared with an expected $18.55 billion surplus in the poll and a deficit of nearly $7.1 billion in January-February.

Stock markets in Asia extended their gains after China's trade report, while risk-sensitive currencies including the Australian and New Zealand dollars as well as the pound pulled ahead, mainly on relief on the less gloomy data.

China, where the novel coronavirus first emerged late last year, has reported 82,249 infections and 3,341 deaths as of April 13. Worldwide, infections have surpassed 1.8 million with over 119,000 deaths.

The pandemic's sweeping impact on businesses and consumers has triggered an unprecedented burst of stimulus from policymakers in the past two months, with the World Trade Organization forecasting that goods trade would shrink more steeply this year than during the global financial crisis.

Beijing is trying to restart its economic engines after weeks of near paralysis to contain the pandemic that had severely restricted business activity, the flow of goods and the daily life of people.

But as the virus rapidly spread to almost all of China's trading partners, severely restraining overseas demand particularly in European and U.S. markets, Chinese factories' export orders have been scrapped. Many privately-owned exporters have been forced to fire workers and warned about factory closures in a not too distant future.

UBS Economist Tao Wang predicted that exports would decline by 20% on-year in the second quarter and 12% for the whole of 2020.

Wenzhou Juna Shoe Industry Co, which used to export 90% of its leather shoes to Russia, South Korea and Australia, had 30% of its orders canceled last month, with clients delaying the shipments of another 20%, according to a report from China Central Television (CCTV) on Sunday.

Half of its production lines were suspended overnight, said CCTV, citing the company manager Wan Jiayong.

"Shrinking global demand is set to cause a shock to our country's exports, and issues such as declining export orders have gradually emerged. The difficulties facing our foreign trade development cannot be underestimated," said Li.

Indeed, both official and private factory surveys for March showed new export orders declined even further from February when production in the country was paused, with few signs of a strong near-term recovery.

Analysts say consumer appetite would also remain depressed as many people are worried about the possibility of new infections, job security and potential cuts to wages as the economy struggles, the analyst warned. "The sharp decline in exports and trade could put another over 10 million jobs related to exports at risk in the next couple of quarters," UBS' Wang said.