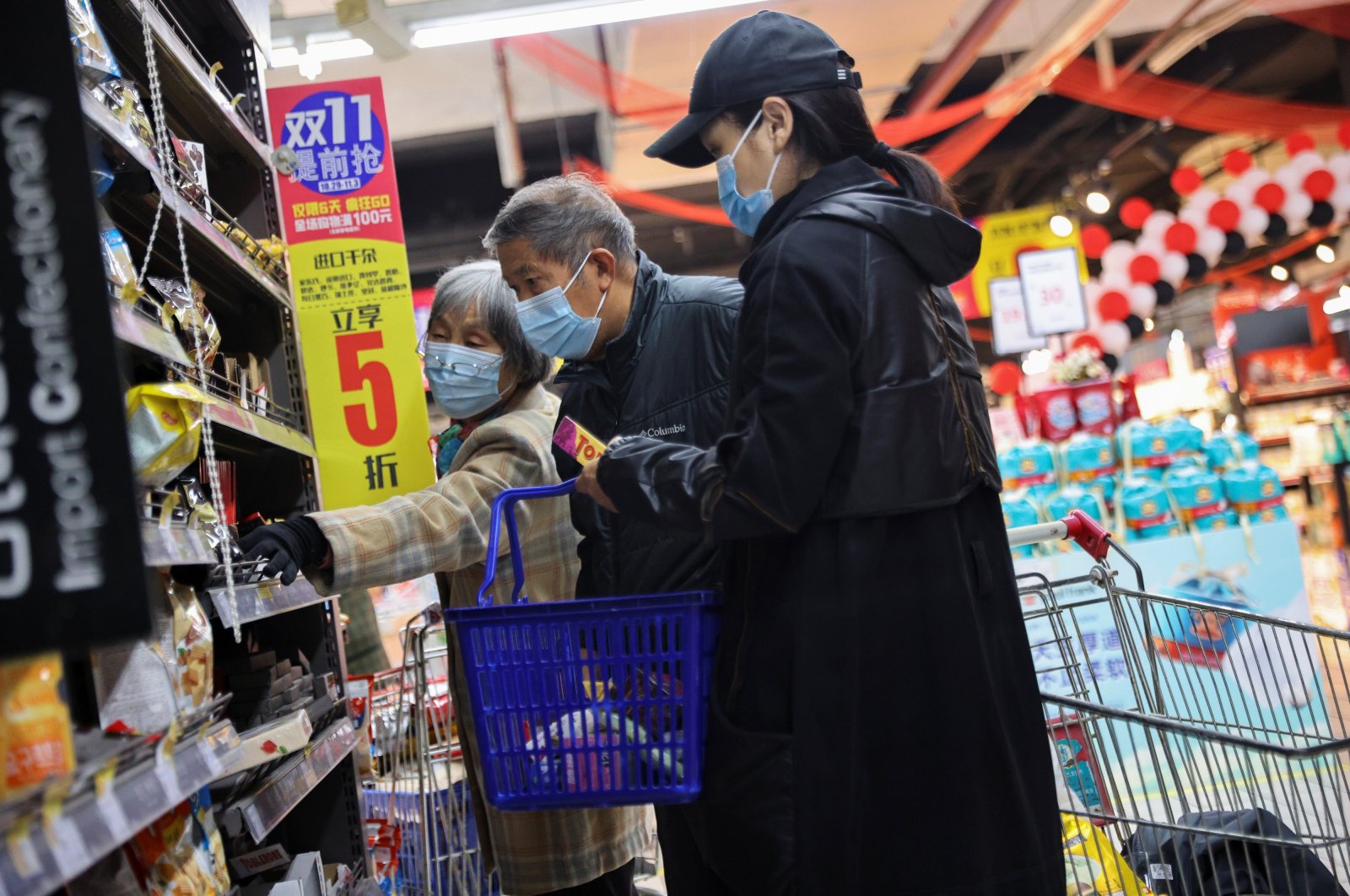 Panicked shoppers in China's capital Beijing rushed to markets to stock up on cabbage, rice and oil on Tuesday and Wednesday after the government issued a notice two days earlier that food supplies countrywide may run low this winter.

China's Ministry of Commerce published a seasonal notice on Monday encouraging authorities to do a good job in ensuring food supplies and stable prices ahead of winter, following a recent spike in the prices of vegetables and a growing outbreak of COVID-19.

But the ministry's advice to households to also stock up on daily necessities in case of emergencies prompted significant confusion, sending some rushing to supermarkets to purchase extra supplies of cooking oil and rice.

"It's going to be a cold winter, we want to make sure we have enough to eat," said one woman loading rice onto a bicycle outside a supermarket in central Beijing.

A long line formed at the supermarket's cabbage stall, as people bought supplies of the vegetable that is traditionally stored at home and consumed over the winter months.

State media has sought to reassure the public that there are plentiful supplies of basic goods.

China's state broadcaster CCTV reported on Tuesday that there had been some "over-interpretation" of the ministry's advice.

"Currently, the supply of daily necessities in various places is sufficient, and the supply should be fully guaranteed," it quoted Zhu Xiaoliang, director of the ministry's Department of Consumption Promotion, as saying.

Some cities including Tianjin in the north and Wuhan further south have released winter vegetables from stockpiles for sale at lower prices in supermarkets.

But some panic buying appeared to continue on Wednesday, with several people complaining online of empty supermarket shelves, attributed largely to a growing COVID-19 outbreak.

China reported its highest number of new locally transmitted COVID-19 cases in almost three months on Wednesday, including nine new infections in Beijing, the biggest one-day increase in the capital this year.

"Even bulk rice has been stripped off," said a resident in the southern city of Nanjing, writing on China's microblog Weibo.