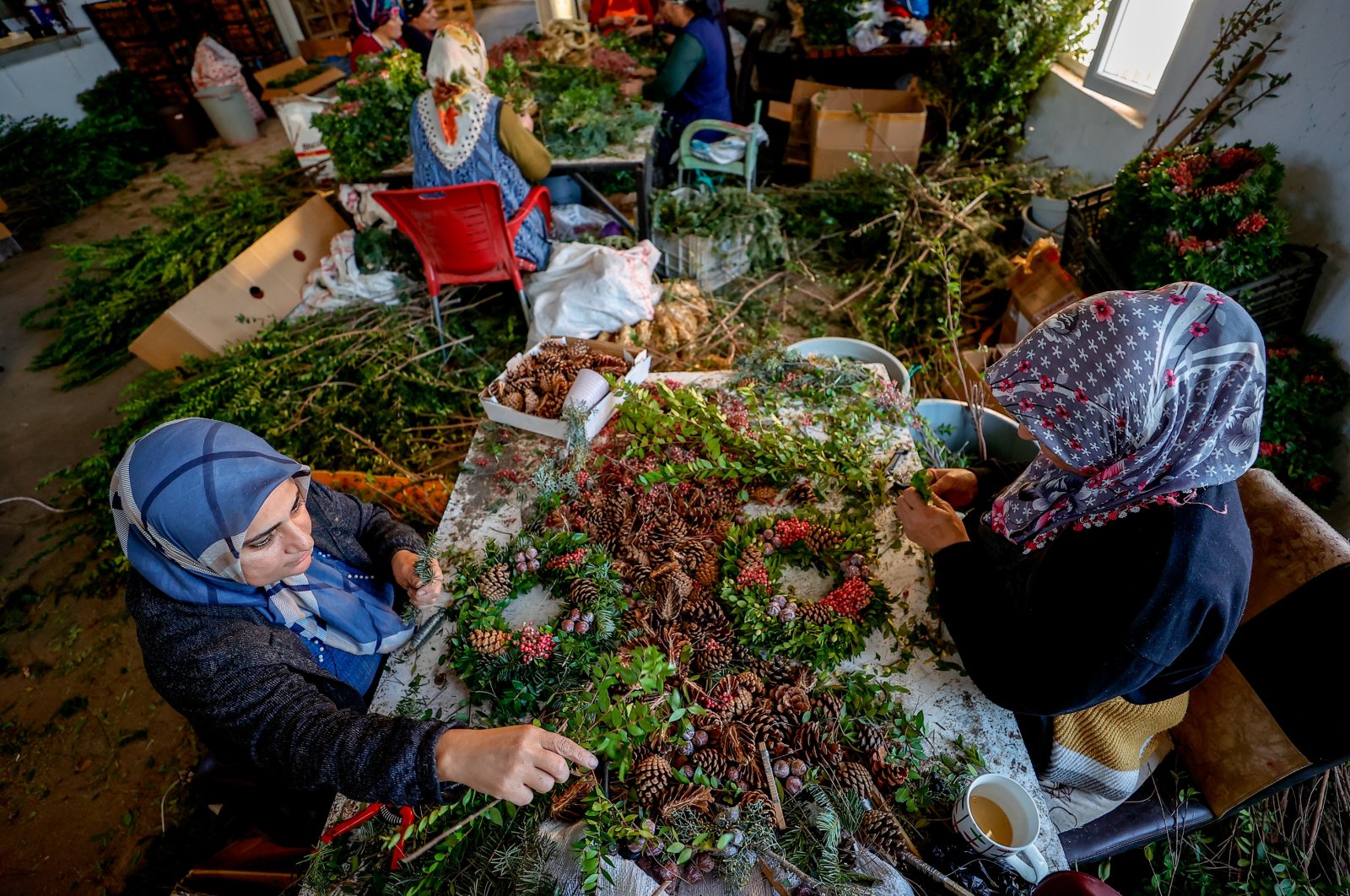 Just like almost every year, wreaths produced in the southern province of Antalya are set to trim homes in many countries abroad, particularly in Europe, during the upcoming Christmas and New Year’s Eve celebrations.

Produced and exported by ornamental plant companies since the 1990s, the wreaths are made of completely natural forest waste products such as pine scraps, pine cones, juniper and cypress branches, sandalwood and myrtle fruit.

The Christmas wreaths used by Christians to decorate doors, cemeteries and dining tables at this time of year are made by housewives in Antalya, who set to work in August and carry on until the first week of December in accordance with the orders of exporters.

During the production process, a vast amount of forest waste and products are processed and recycled, said Ismail Yılmaz, the head of the Ornamental Plants and Products Exporters’ Association, emphasizing the hard work the team of mostly women do.

Wreaths are being sold to many European countries, including the Netherlands, Britain, Germany, Denmark and Finland, Yılmaz told Anadolu Agency (AA).

Stating that Turkey has important potential in the field of ornamental plants, Yılmaz also pointed to the major disruptions in global transport and shipping networks due to the coronavirus pandemic.

Noting the lack of containers and costs of air cargo transportation, he said that Turkey is using its logistical advantage given that most of the ornamental plants are sent to European countries.

There has been a shift toward Turkey in the European market over the last two years, and this has reflected in exports, said Yılmaz.

“We expect to earn around $2 million from Christmas wreaths this year,” he added.

Fatma Zehra Ünlü, a wreath maker at a company in Antalya, says they work on the green leafy door decorations during the Christmas period and on dry materials at other times of the year.

Stressing that women are behind the crafting and processing of the natural products, Ünlü said products change depending on the materials.

“During the Christmas period, we work on green plants, and during other times we produce wreaths and decorations from dry products.”