Clouds gather over battered dollar in aftermath of US election 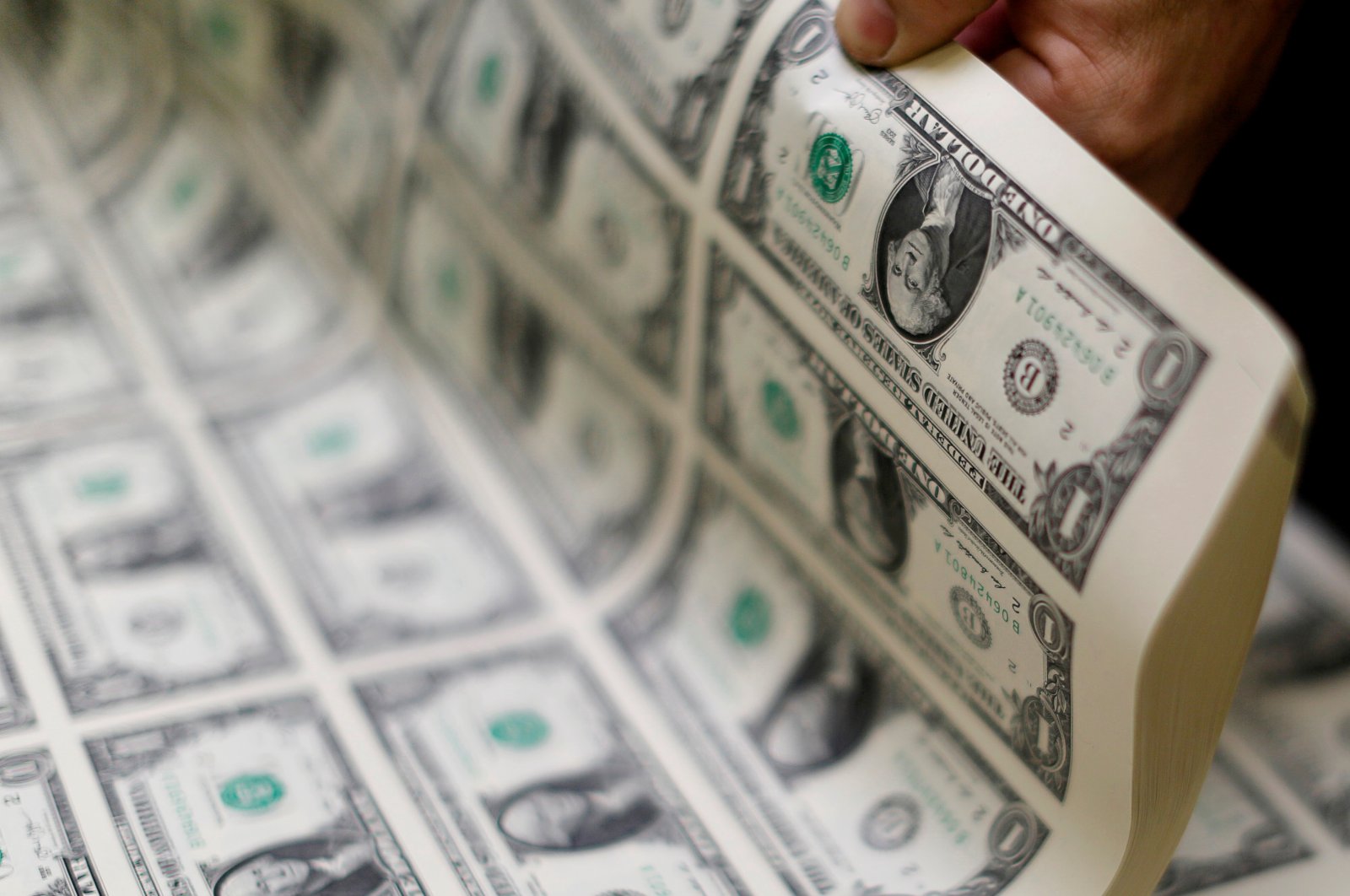 One dollar bills are curled and inspected during production at the Bureau of Engraving and Printing in Washington, D.C., Nov. 14, 2014. (Reuters Photo)
by REUTERS Nov 08, 2020 3:58 pm
RECOMMENDED

An increasingly bearish picture is unfolding for the U.S. dollar, which has suffered its worst week since March on signs that Federal Reserve (Fed) money printing rather than government spending may be deployed to bolster the economy in the aftermath of Tuesday’s elections.

A potentially divided U.S. government with Republicans in control of the Senate may mean a smaller fiscal stimulus package from lawmakers, increasing pressure on the U.S. central bank to ramp up its bond-buying and other economically supportive policies that have weighed on the dollar this year.

Major networks on Saturday declared Democrat Joe Biden the winner of the U.S. presidential election, offering some certainty after days of conflicting reports about who might run the White House for the next four years.

At the same time, Democrats could still win more sway in the Senate if runoff races in two Republican-held seats in Georgia go their way in January, bolstering the case for a larger fiscal stimulus package that has been viewed by some investors as dollar-negative.

Those fresh concerns come on top of issues that have dragged the dollar lower for most of 2020 and led some investors to fret about its status as the world’s dominant reserve currency, including expectations of rock-bottom interest rates and massive U.S. government spending for years to come.

The U.S. currency is off about 10% from its highs of the year and stands near more than a two-year low. Its decline has buoyed rallies in assets some investors see as dollar alternatives, such as gold and bitcoin, which are up 4% and 12%, respectively, so far this month.

“If you had to write a playbook that would get people to say, ‘I need an alternative to the dollar,’ this whole process fits that story,” said Kit Juckes, a strategist at Societe Generale.

Fed Chair Jerome Powell said on Thursday that the central bank was committed to keeping its bond purchases steady at $120 billion a month, but he also said lawmakers will likely need to provide more fiscal stimulus to help the economy recover from the coronavirus-fueled contraction earlier this year.

More of the burden for supporting the economy could shift to the Fed if a fiscal stimulus package is delayed or smaller than needed, some investors said. That’s a potential negative for the dollar, as some quantitative easing policies are tantamount to printing money.

“The Fed can surprise us,” said Jack McIntyre, fixed income portfolio manager at Brandywine Global. “They can do a lot to provide liquidity to the market, to push back the solvency risks that will come about if we don’t get a fiscal package.”

McIntyre has reduced his dollar exposure in favor of emerging markets and investment-grade government bonds.

A weaker dollar would likely be welcomed by many U.S. companies, as it makes it cheaper for multinationals to convert earnings back into their home currency while boosting the competitiveness of U.S. products abroad.

But it also pushes up the value of other currencies, complicating the efforts of economies like the eurozone and Japan to boost growth and potentially leading other central banks to cheapen their own currencies in response.

The euro has gained around 6% against the dollar this year, while the Japanese yen is up around 5%.

Momtchil Pojarliev, head of currencies at BNP Asset Management, believes the dollar will sink to fresh lows over the next three months.

“The Fed is very dovish and is going to stay dovish,” he said. “The bigger the stimulus, the worse for the dollar.”

Some don’t agree with the bearish sentiment on the dollar. John Floyd, head of macro strategy at Record Currency Management, argues that while the Fed has said it will keep asset purchases at current levels, the European Central Bank recently signaled it may increase its economic support in December.

“That’s a big difference,” he said.