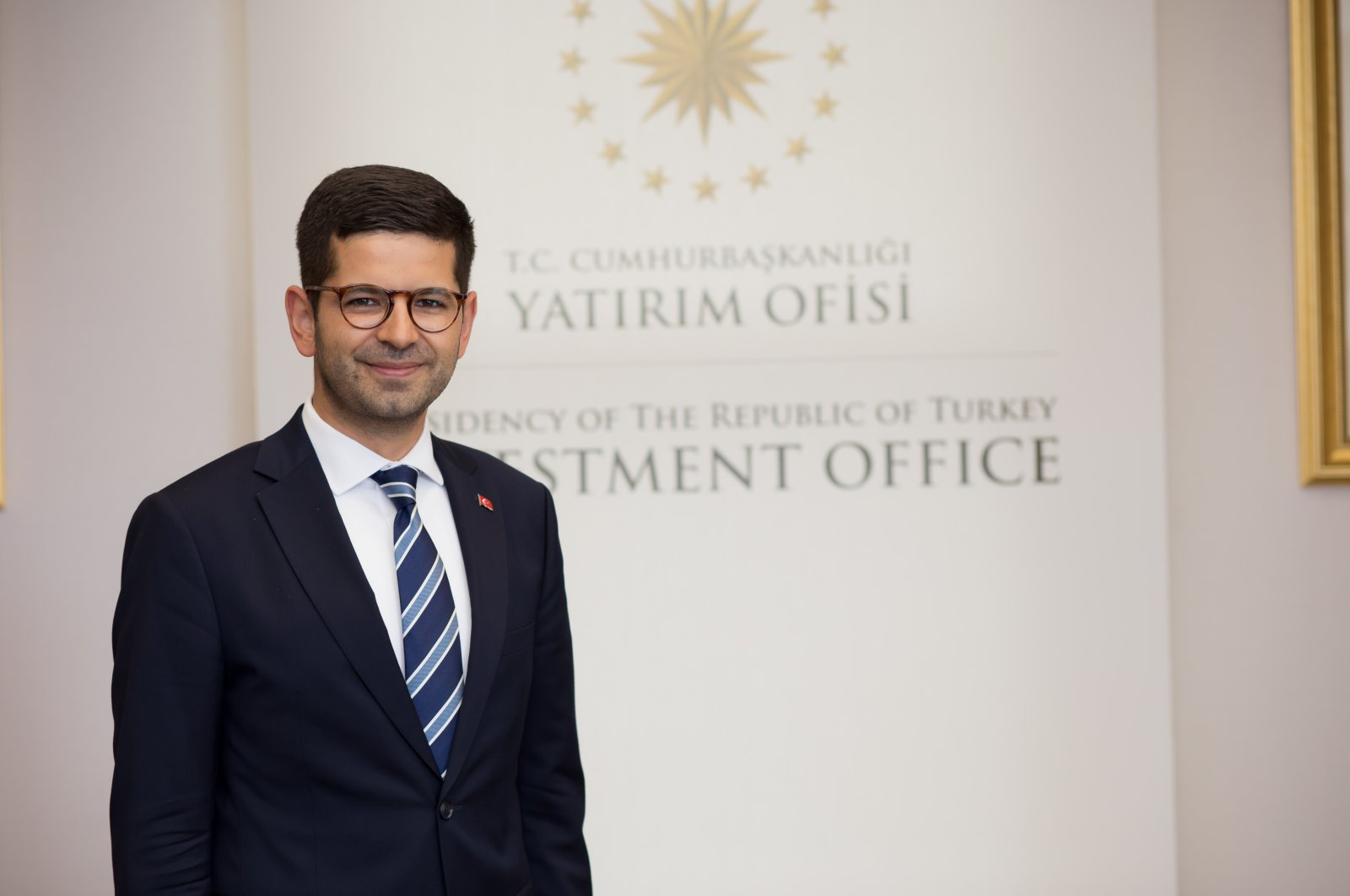 The shift in global supply chains, as a result of the U.S.-China trade war and the COVID-19 pandemic, has become clearer, according to the Turkish Presidency's Investment Office Chairman Burak Dağlıoğlu.

Turkey is one of the most advantageous countries in this regard, as more firms seek to invest in the country due to its strategic location and opportunities, he said.

"We expect a new, strong flow of investment in Turkey once the global investment climate recovers," Dağlıoğlu told Daily Sabah, adding that Turkey is ready for investors and provides a safe atmosphere for investment. "Companies that have never invested in Turkey are requesting information on manufacturing products that have not been produced in the country before."

"The world has undergone a difficult period where almost all economic activities came to a halt or slowed down, but the economy never stopped in Turkey," Dağlıoğlu said.

"Since the beginning of the pandemic, we have been consistently in touch with all individuals and institutions who have previously invested, were planning to invest, or had the potential to invest in Turkey. We took care of the problems faced by companies that invested here," he said, adding that the Investment Office provided all types of support to ensure that production by foreign companies was not affected during the lockdown.

The top investment official continued by saying that some companies are even planning to hold groundbreaking ceremonies in September and October.

Referring to the acquisition of Turkish game developer, Peak, by the U.S.-based mobile gaming giant Zynga for $1.8 billion (TL 12.20 billion) and the announcement of other partnerships during the pandemic, Dağlıoğlu said they worked as morale boosters.

More importantly, Turkey has succeeded in creating new investment documents through a proactive approach and strong sense of communication during this period, according to Dağlıoğlu, who notes that there has been a remarkable surge in the number of requests for information (RFI) documents.

"For instance, a prominent global company recently submitted a new request and the investment office forwarded information on Turkey’s investment environment, incentives, and sectoral information, as well as on its recent activities. Such requests indicate that global players are still interested in making investments here," he said.

"Most of these companies did not prioritize investment in Turkey before, even though we previously contacted them. But now, this interest is extremely important amid drastic changes in the global supply chain," Dağlıoğlu said, adding that it also indicates that investment by these companies is likely to soar in the upcoming period.

He added that permanent investments are made after long, decisionmaking processes that might take up to two or three years.

"Questions surrounding the global supply chain, especially due to the U.S.-China trade war, were already present even before the pandemic. The pandemic has only accelerated the process for some companies. Multinational companies are now in search of new regions to make investments," Dağlıoğlu said. "Turkey positively differentiates itself with its sophisticated production infrastructure and proximity to Europe."

He also highlighted the Presidency Investment Office's proactive preparations toward potential changes in the supply chain as companies have started taking concrete steps to shift their supply chains.

"We have determined which companies need what in which sectors. We have been working on a product and company-based framework as we highlight Turkey's performance in the health care sector and its ability to carry out economic activities, thanks to its sophisticated production structure during the pandemic," Dağlıoğlu said. "We want to send the message that Turkey provides the steadiest and readiest environment for new investments."

A latest research on global supply chains shows that 83% of the firms were planning to diversify their supply chain regions and trying to figure out what these new regions would be like, he said. "An increase in Turkey’s textile exports clearly shows this."

On the 2020 outlook and investor expectations for the next year, Dağlıoğlu said 10 Turkish startups have received investments in the first half of 2020. "Although there has been a slowdown since the lockdown in April, we expect things to pick up steam after September. We expect good news in the automotive, engineering, infrastructure investments and chemical sectors in September."

"We have positive expectations in line with the global recovery in 2021," he said.

Dağlıoğlu also touched upon the new venture capital funds that will be established in Turkey, saying that the funds generated will be above TL 1 billion ($135.82 million) and that these will provide funding for entry-level entrepreneurs, particularly technology firms.

"There is a deep interest in making investments in mobility, e-mobility, energy, chemistry and information technologies," said Dağlıoğlu.

Lauding the discovery of gas reserves in the Black Sea as an important turning point for Turkey, he said it will not only take the country’s energy security to the next level but will also contribute to competitive and sustainable growth. He noted that the reserves will provide a critical foundation for future investments in Turkey and will draw more foreign investors.

There has been an increase in demand for investment from not just the West, but also Asia, with many firms contacting Turkey for the first time, he said, adding that they expect investments to especially increase after a COVID-19 vaccine is found.

"Finding a vaccine is key to investments to liven up, but the U.S.-China relations were another factor in this regard.

Dağlıoğlu also noted that the change in supply chains cannot be seen overnight and he expects the impacts of this period to be reflected in the global economy in the next three years.

"For instance, we visited a multinational firm and invited them to produce an ingredient used in their Turkish productions in Turkey, and they had not included the issue on their agenda back then. However, they quickly started producing that ingredient in Turkey due to the difficulties they experienced in the supply chain during the pandemic," he said. The companies that exclusively depended on China have started thinking that they need to move closer to Europe, he added.

"Turkey is the only country between China and Europe that has sophisticated production skills," said Dağlıoğlu.