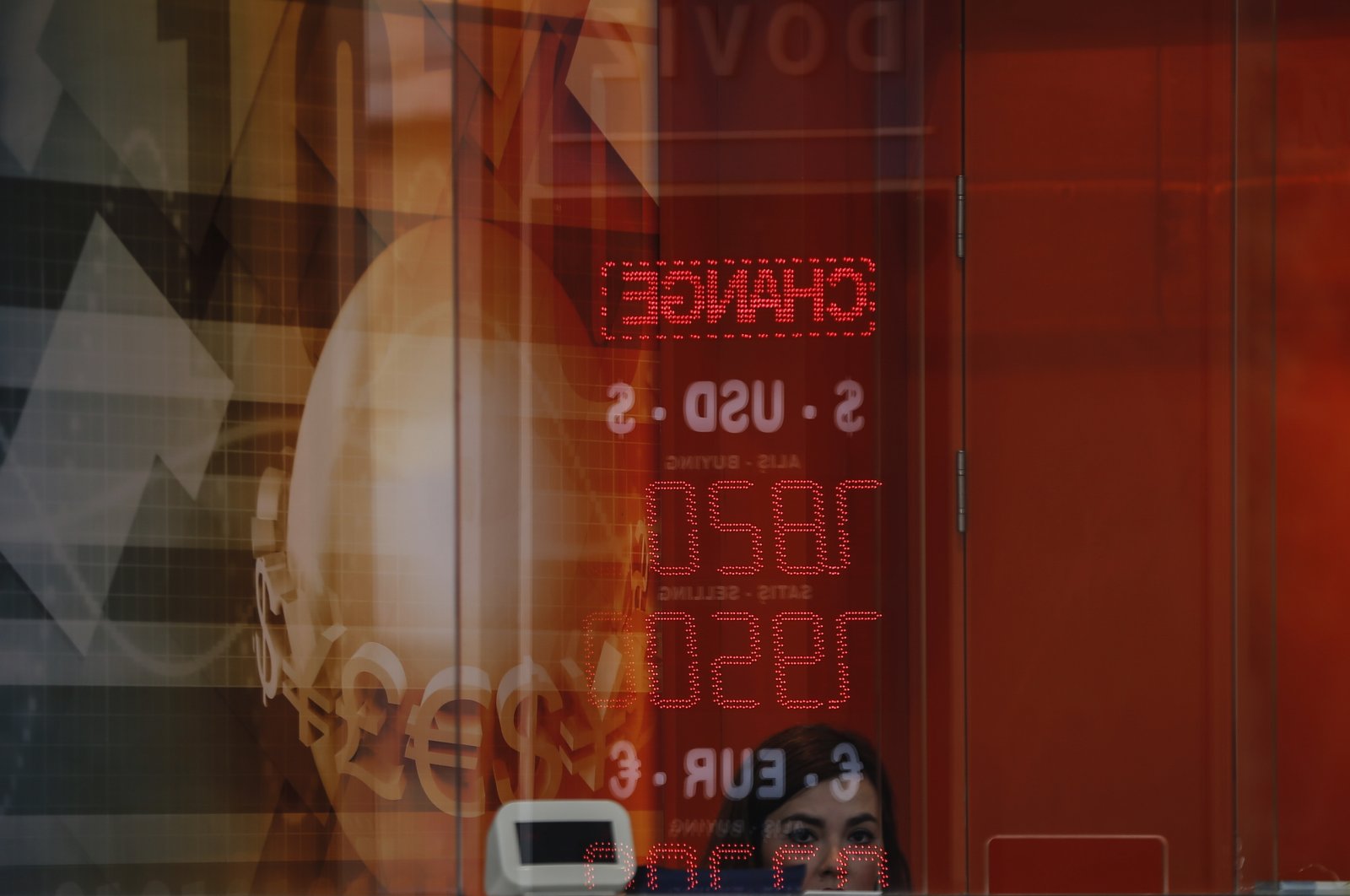 A worker in a currency exchange shop on İstiklal Avenue, the main shopping street in Istanbul, waits for customers, Oct. 9, 2020. (AP Photo)
by DAILY SABAH WITH AA Dec 16, 2020 8:56 pm
RECOMMENDED

With the change in economic management and pledges for reforms by President Recep Tayyip Erdoğan, the country’s five-year Credit Default Swaps (CDS), which is one of the main indicators of risk premium, declined by 194 basis points from 548 to 354 since the end of October.

Stressing that Turkey’s risk premium could fall further due to the new orthodox policy framework, he said: “It depends on Turkey to reduce imbalances and to restore market confidence.”

Ülkü noted that this would primarily allow Turkish banks to access foreign financing under more favorable conditions to finance robust and less volatile growth in the medium term.

Turkish officials have recently vowed to implement policies that will maximize credibility for investors.

Erdoğan pledged to improve the investment environment with additional reforms.

The president on Monday said he expects an increase in foreign investments in Turkish assets as he vowed to bring promised economic and judicial reforms to parliament after budget talks conclude.