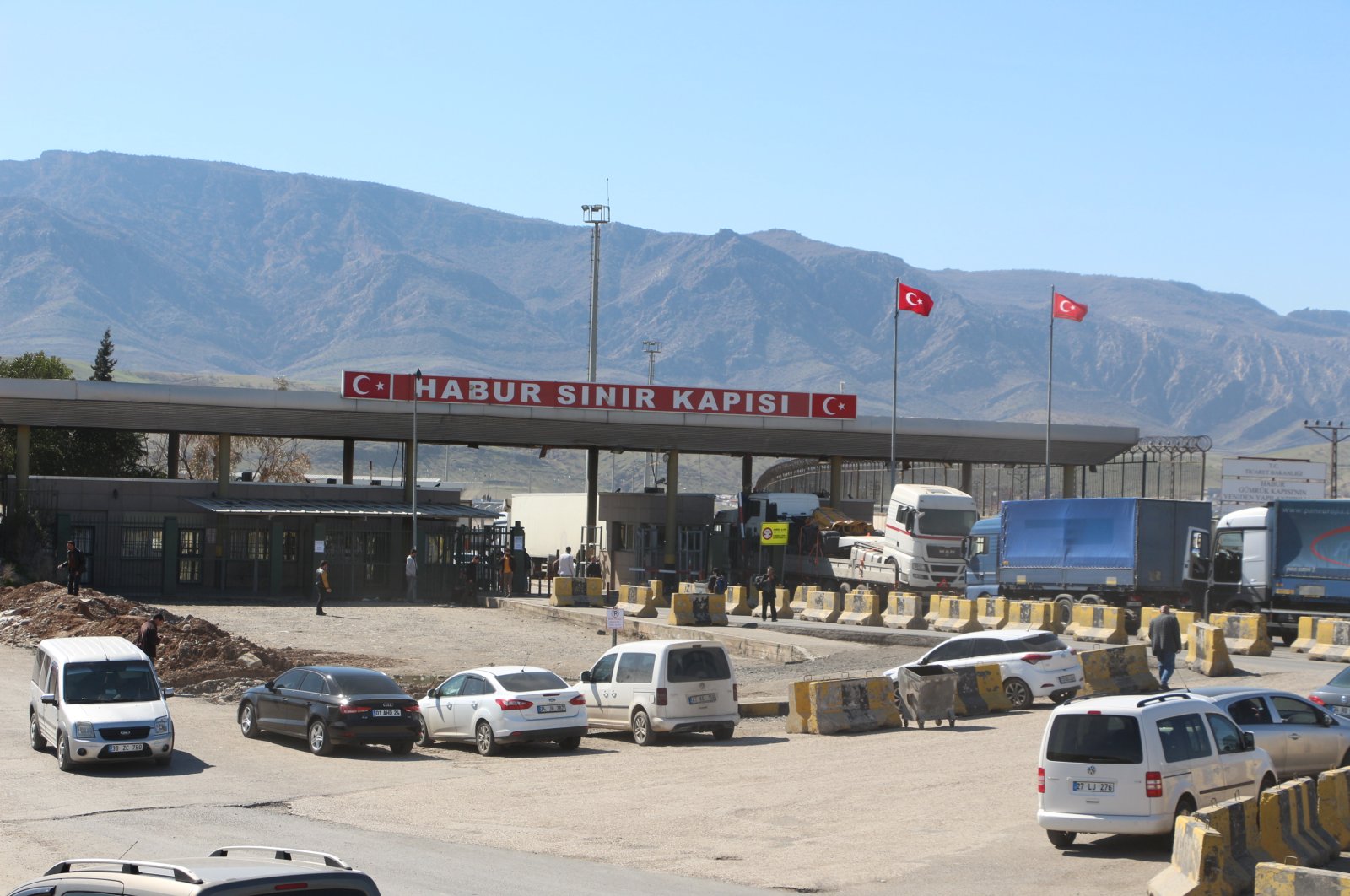 Gate closures along Turkey’s Iranian and Iraqi borders due to the coronavirus outbreak has greatly slowed trade in the country’s south and east, but the transport trucks that have been waiting at the gates will be steadily released under strict health guidelines.

The Habur border gate in Turkey’s southeastern Şırnak province bordering Iraq, along with the Kapıköy customs gate in the eastern province of Van bordering Iran were closed as a precaution against the danger of the virus spreading farther. Meanwhile media reports said 2,500 trucks that have been waiting at the Harbur gate will gradually be allowed to pass through the border.

Osman Geliş, the Şırnak Trade and Industry chairman, said the trucks carrying medical supplies to northern Iraq are especially important along with those carrying fruits and vegetables.

“There will be controlled transitions along the borders with the changing of drivers,” he said, which is a measure developed with the cooperation of the Health Ministry, the Trade Ministry and the Şırnak Governorate.

The transition of the trucks and the delivery of the products will be carried out with the full cooperation of the drivers of both countries, reports said. Turkish truck drivers will pass through the Habur border gate and leave their vehicles in pre-designated areas, and the Iraqi drivers then take over the vehicles and unload the products.

Seyfettin Engin, a truck driver from southern Turkey’s Mersin province, said he delivered his vehicle to his company’s driver working at the other side of the border and came back to Turkey.

“There is 5 meters (16.4 feet) between us and the drivers in Iraq, and there are health workers at the border. They carry out health checks on those who return after delivering the vehicle,” he said.

The establishment of a buffer zone along the border is planned, where vehicles coming from Iraq will be allowed into Turkey after a six-hour wait following a disinfection process.

COVID-19 has killed more than 3,000 people and infected tens of thousands more, mostly in mainland China. It has spread to more than 60 other countries, leading to travel and other restrictions while South Korea, Italy and Iran have been particularly affected.

Nowruz travel to Turkey limited for Iranians this year

The fast and unrelenting spread of the virus in Iran has also spurred Turkey to take other measures. Some 200,000 Iranian tourists, who were expected to flood into Turkey, especially into eastern Van province, during the 13-day Nowruz holiday (the Persian new year's festival that celebrates the coming of spring on March 21 every year), will not be allowed to visit the country this year.

Van Commodity Exchange Office Chairman Nayif Sümer said that for the last three years, the number of Iranian tourists coming to Turkey during the Nowruz holiday had risen and noted that no one will be able to travel this year.

The Trade and Industry Chamber Chairman of Malatya, Oğuzhan Sadıkoğlu, said that trade in the eastern province was also affected by the virus, but not as badly as seen in the border cities.

The Middle East Construction Fair, scheduled to be held between March 12 and 15 in southeastern Diyarbakır province, was postponed to an unspecified date.