Coronavirus hits US trade deficit amid record drop in exports 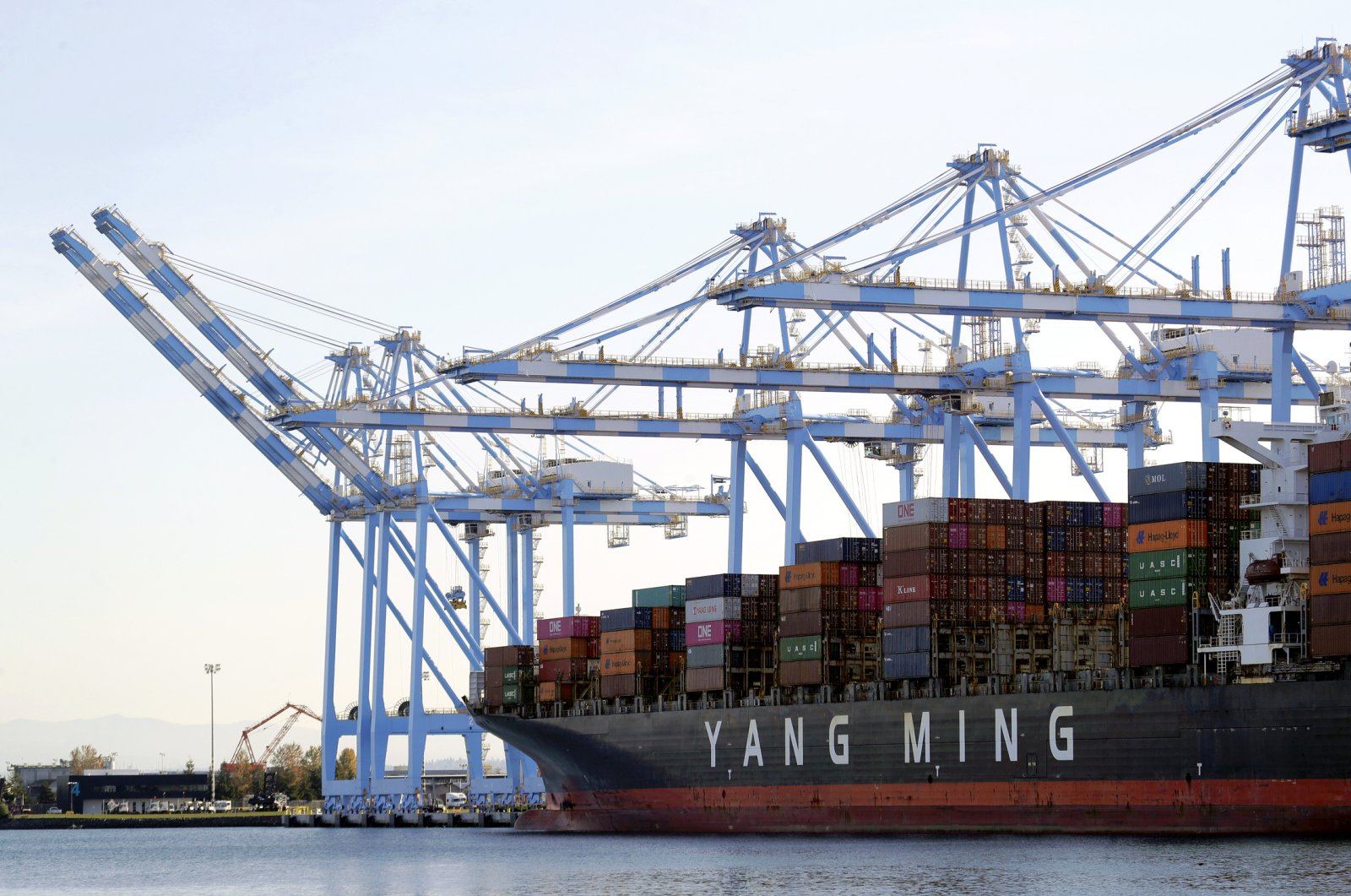 Cargo cranes are used to take containers off of a Yang Ming Marine Transport Corporation boat at the Port of Tacoma in Tacoma, Washington, Nov. 4, 2019. (AP Photo)
by REUTERS May 05, 2020 4:41 pm
RECOMMENDED

The United States goods trade deficit increased by the most in more than a year in March as a record drop in exports offset a shrinking import bill, suggesting the novel coronavirus outbreak was upending the global flow of goods and services.

The Commerce Department said on Tuesday the trade deficit jumped 11.6%, the largest rise since December 2018, to $44.4 billion. Data for February was revised to show the trade gap tightening to $39.8 billion instead of $39.9 billion as previously reported.

Economists polled by Reuters had forecast the trade gap increasing to $44.0 billion in March.

Global lockdowns to slow the spread of COVID-19, the potentially lethal respiratory illness caused by the coronavirus, have depressed demand for goods and services, causing economies to contract. In the U.S. gross domestic product (GDP) declined at a 4.8% annualized rate in the first quarter, the steepest pace of contraction in output since the fourth quarter of 2008.

The politically sensitive goods trade deficit with China dropped to $11.8 billion in March, the lowest since March 2004.

Exports of motor vehicles and parts were the lowest since November 2011, while shipments of consumer goods hit a seven-year low in March. Exports of services tumbled to their lowest level since November 2013, likely reflecting travel restrictions because of COVID-19.

Imports dropped 6.2% to $232.2 billion, the lowest since November 2016. The percentage declines in imports was the biggest since January 2009. Goods imports fell 2.3% to $193.7 billion in March, the lowest since August 2017. The import number has been shrinking as the U.S. waged a trade war with China. A sharp reduction in crude oil imports has also been a factor, with the U.S. becoming an oil exporter last year. The country posted a record $2.1 billion petroleum surplus in March.

Tensions have flared up between Washington and Beijing over the origins of the coronavirus, raising fears of an escalation in the trade war between the two economic giants.

Secretary of State Mike Pompeo said on Sunday there was "a significant amount of evidence" that the new coronavirus emerged from a Chinese laboratory. An editorial in China's Global Times said he was "bluffing."

Imports of services amounted to 38.5 billion in March, the lowest since August 2013.