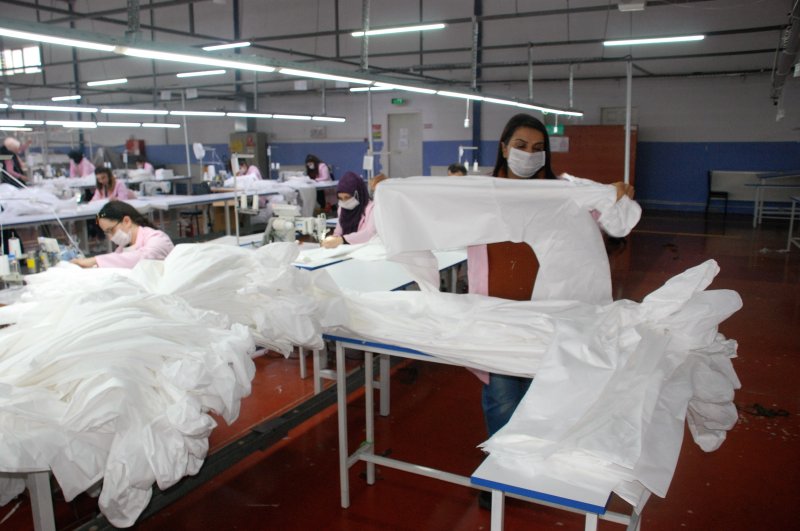 Global textile giants turned toward Turkish ready-to-wear and textile manufacturers, fueling orders ahead of the upcoming summer season, due to the new coronavirus outbreak in China. The deadly virus has already caused various large brands to withdraw from the Chinese market and halted local production in the East Asian country.

Several brands including large-scale global brands such as Superdry, Inditex, H&M, Hermes-Otto, Debenhams and Ralph Lauren have already diverted their orders to Turkey. The country will have to increase production by doubling the shifts, especially for summer collections.

Istanbul Ready-Made Clothes and Textile Exporters Union Chairman Mustafa Gültepe said the sector is currently working at a capacity of 85%. Brands like H&M, Superdry and Inditex Group, which embodies Zara, Massimo Dutti and Bershka, all of which have a high capacity in terms of importing from Turkey, fueled the orders. With the additional orders, the sector is expected to work at full capacity, he added.

“If the orders continue in this way, we will increase the sector’s capacity,” he noted.

Also speaking on the issue, Hadi Karasu, head of the Turkish Clothing Manufacturers' Association (TGSD), stressed that many design and retail firms cannot enter the Chinese market due to the epidemic, and many others have halted production. As a result, many renowned brands initiated talks with Turkish manufacturers for the upcoming season, Karasu said.

The new virus outbreak, which is believed to have emerged in the Chinese city of Wuhan in Hubei province in late 2019, has become a pandemic. Outlining the alarming development during a briefing in Geneva, World Health Organization (WHO) Director-General Tedros Adhanom Ghebreyesus said on Tuesday that there were 2,790 cases and 44 deaths in 37 countries outside of China. The virus has so far killed more than 2,600 people and infected over 77,000 others in mainland China.

The Industry and Technology Minister Mustafa Varank said on Wednesday that the outbreak of the new coronavirus (COVID-19) created uncertainty about the global economic developments given the fact that China is an important global economic player and has a strategic position in supply chains.

“Any financial bottleneck that may occur in supply chains has the power of strongly shaking the global balances. It is also likely that the intermediate goods that are imported from China may be exported from Turkey as well which will be reflected in several sectors such as textiles,” he said.

Cleaning products along with medical masks are also products that are needed by Chinese customers. Demands for those types of products from Turkey have increased up to 40%. China's furniture importers are another sector where orders have been diverted to Turkey especially after the cancellation of two furniture fairs that were due to be held in China. The sector, which previously announced its export value as $4.5 billion for 2020, updated it to $5 billion due to additional orders coming from Europe.