COVID-19 business closures in US caused 7.7M layoffs in April 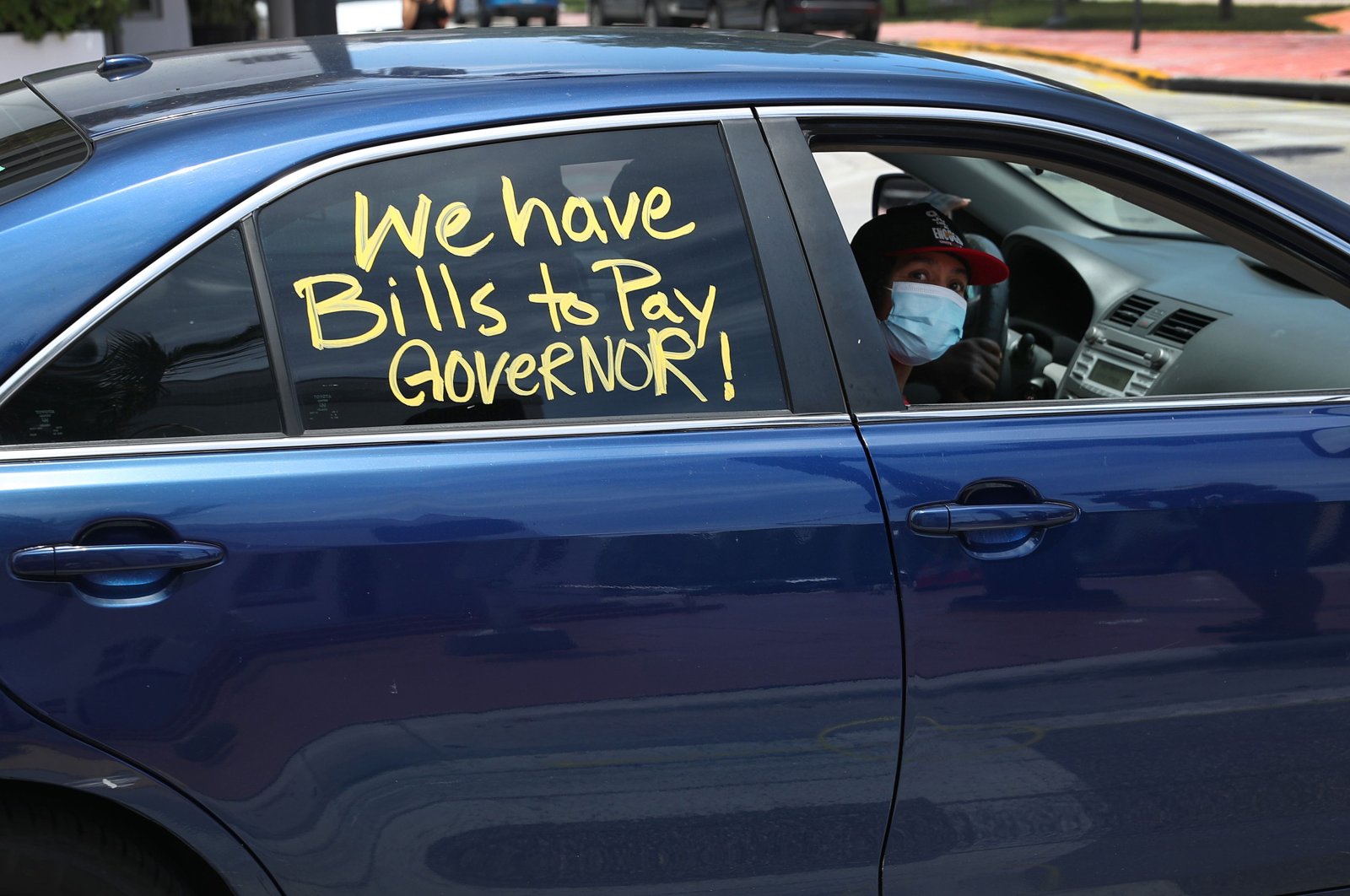 A vehicle is seen in a caravan protest asking the state of Florida to fix its unemployment system in Miami Beach, Florida, May 22, 2020. (AFP Photo)
by ASSOCIATED PRESS Jun 09, 2020 10:26 pm
RECOMMENDED

U.S. employers laid-off 7.7 million workers in April – a deep economic hole that was created by the closure of thousands of offices, restaurants, stores and schools during the pandemic.

The Labor Department also said in a Tuesday report that job openings plummeted and hiring all but disappeared in April. The number of available jobs fell 16% from March to 5 million. Hires declined by 31% to 3.5 million.

The grim April – which followed an even bleaker March with 11.5 million layoffs – suggests that the economy could take time to recover nearly a decade's worth of gains that vanished in about 60 days. Hiring did rebound in May as 2.5 million jobs were added on net, the government said in a separate report Friday. But those gains appeared to reflect temporarily laid-off employees returning to work and increases in people with part-time jobs, rather than an economy at full throttle.

The Tuesday report shows how employers responded quickly to the pandemic by furloughing or laying off workers in March, though that slowed the following month as consumer spending appeared to bottom out and even recover slightly. The Job Openings and Labor Turnover survey, or JOLTS, details overall hiring and job separation figures, while the monthly jobs data reflects net changes.

The next several months could be a challenge as monthly hiring was only at 60% of 2019's average. There are 4.6 job openings for each unemployed worker, meaning it will likely take time for the economy to return to its pre-coronavirus health.