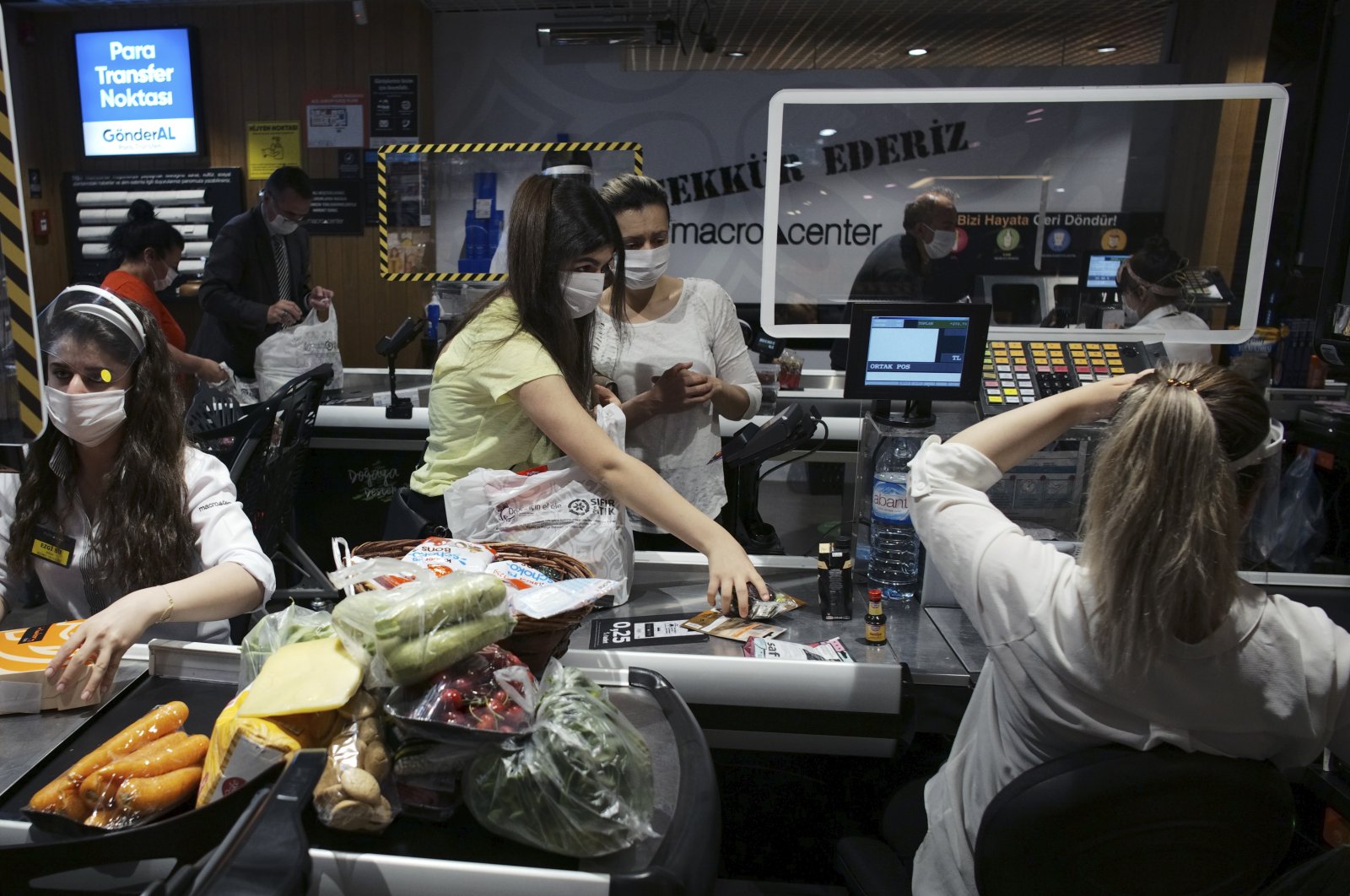 People wearing face masks for protection against the coronavirus buy groceries at a market in Ankara, Turkey, May 22, 2020. (AP Photo)
by DAILY SABAH Aug 20, 2020 1:19 pm
RECOMMENDED

An increase in visits to Turkish supermarkets in the first half of the year, mainly due to the lockdowns that were implemented to curb the spread of the coronavirus pandemic, has lifted the turnover of supermarket chains.

Expenditures particularly increased during the stay-at-home period amid the measures the government had introduced to curb the spread of the pandemic.

Turkey lifted most of the lockdown measures as of June 1. It had started implementing them after it reported its first COVID-19 case on March 11.

Turkish discount grocer BIM had the highest turnover in the first half of the year with TL 26.6 billion, a 38% year-on-year increase. Its gross profit surged by 42% to TL 4.7 billion and its net profit increased by 100% to TL 1.1 billion. On the other hand, its debt also increased by 43% to TL 14 billion.

Having first opened its doors in 1995 with 21 stores, the retailer expanded to 7,438 stores across Turkey by the end of 2019, while the figure has increased to 7,645 this year, according to the official website.

Migros operates a total of 2,286 stores under the Migros and Macrocenter brands. It is also active abroad through 42 Ramstore outlets.

CarrefourSA, a Turkey-based joint venture of Turkish conglomerate Sabancı Holding and French supermarket chain Carrefour, increased its turnover by 23% to TL 3.6 billion in the said period. Its gross profit was up by 17% to TL 949 million. The company, which posted a loss of TL 199 million last year, recorded a loss of TL 181 million in the same period this year. Its debt surged by 18% to TL 4.3 billion.

CarrefourSA operates 642 stores in 52 provinces in Turkey and employs around 10,000 people.

The turnover of Şok rose 32% to TL 9.9 billion, while its gross profit hit TL 2.3 billion, a 35% year-on-year increase. Having posted a loss of TL 122 million from January through June last year, the company recorded a profit of TL 55 million this year.