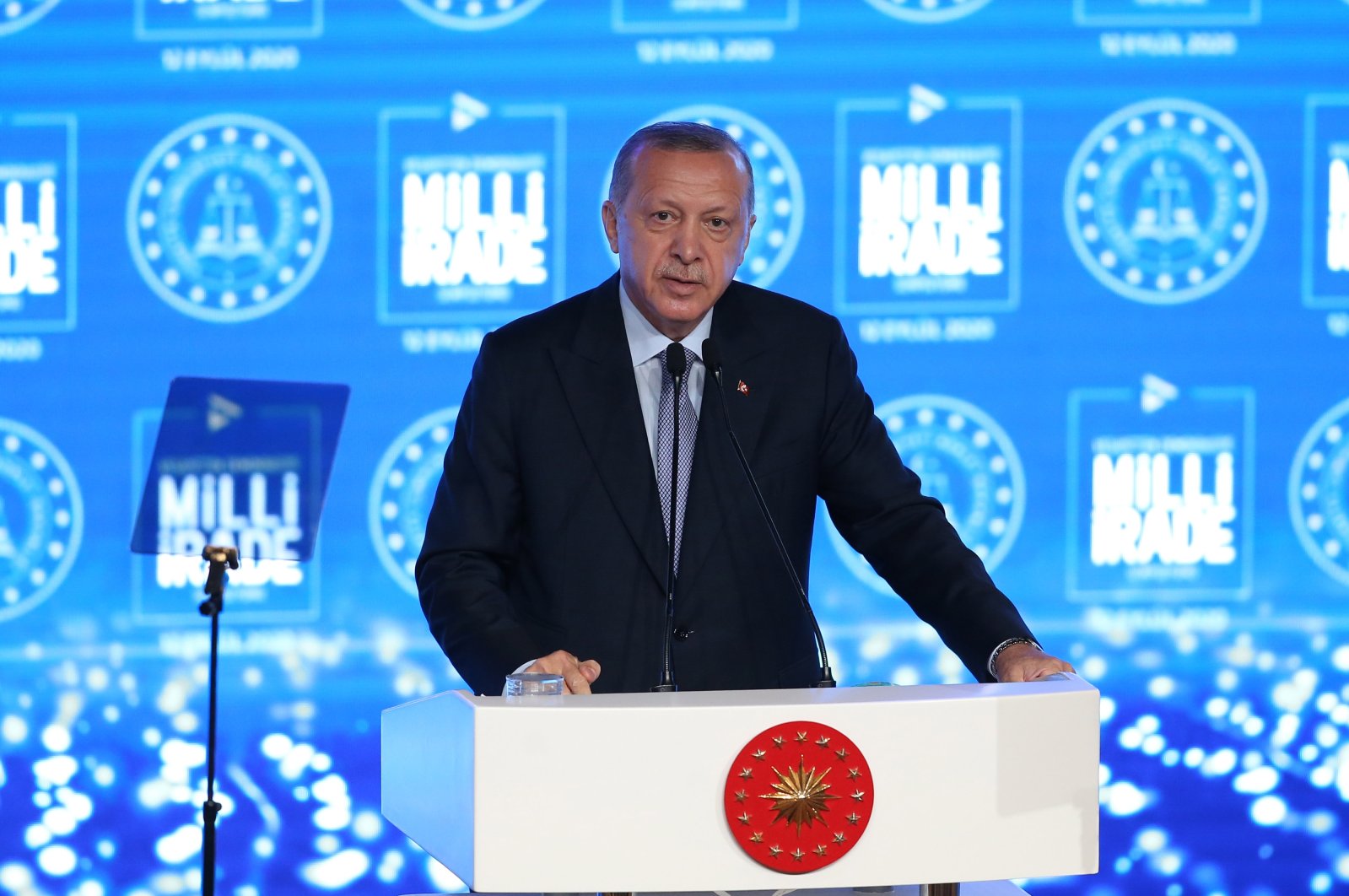 President Recep Tayyip Erdoğan Saturday slammed international credit rating agencies, stressing that the institutions’ ratings do not count for anything and that the country’s economy was making leaps and bounds.

“No matter what you do, your ratings are worthless,” Erdoğan said, referring to rating agencies. “The truth is clear, and the facts in our hands are very different.”

“Turkey is currently at a peak economically – not the bottom but the ceiling,” the president stressed.

Moody’s Investors Services said in a statement that it had downgraded the Turkish government's issuer and senior unsecured debt ratings to B2 from B1. It said it attributed the downgrade to geopolitical risks and balance of payments, fiscal buffers and the country’s credit profile.

For a long time, Turkey has criticized international rating agencies, saying they may be subjective and perform nontransparent evaluations from time to time, resulting in an unfair decrease in confidence in some countries' economies. The country’s banks and financial institutions bought 85.05% of credit rating agency JCR Eurasia, sealing Ankara’s longtime goal of relying less on the big three global agencies.

The Turkish economy has managed to do better than its peers in the second quarter of the year when the coronavirus pandemic struck the hardest and fared better than forecasts, aided by the government's stimulus campaign.

Albayrak said growth could be significantly above 5% in 2021 if there wasn't another major outbreak.

Another international rating agency Fitch Ratings last week revised upward its projections regarding Turkey’s economic growth and said it expects the economy to contract by 3.2% in 2020, up from the previous forecast of 3.9%.

It also made a slight upward revision for the global economic economy, which it said would fall by 4.4% this year, up from the 4.6% decline it projected in a previous report in June.