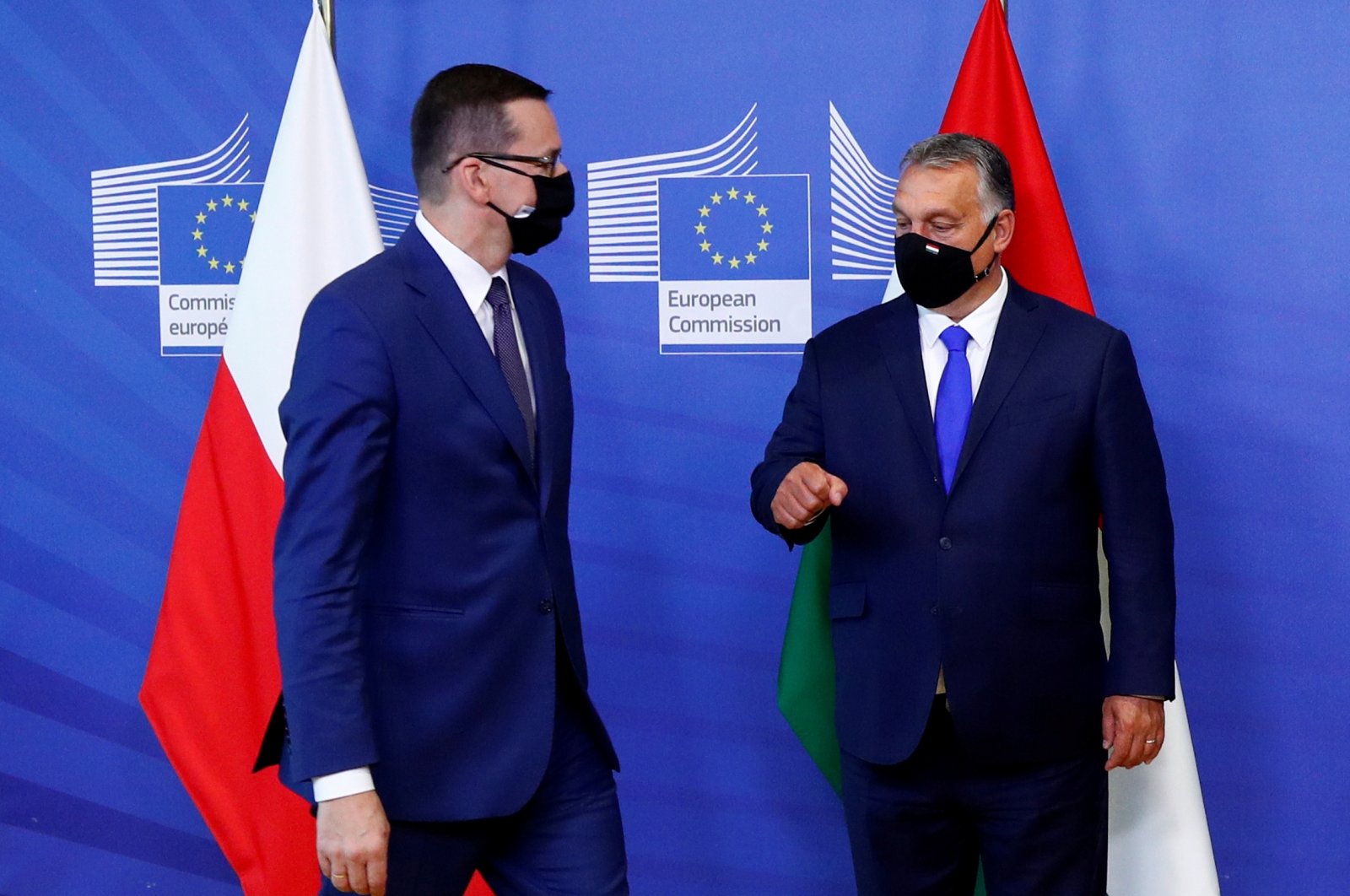 Hungary and Poland blocked approval on Monday of the EU’s long-term budget and coronavirus rescue – a 1.8-trillion-euro package ($2.1 trillion) – and plunged the bloc into a political crisis.

Warsaw and Budapest oppose tying EU funding to respect the rule of law and their envoys vetoed any decision to proceed – effectively blocking the bloc's virus strategy.

"We have already lost a lot of time in view of the second pandemic wave and the severe economic damage," warned German ambassador Michael Clauss, who chaired the meeting.

"It is crucial that the entire package is now adopted quickly, otherwise the EU will face a serious crisis."

Germany holds the EU's rotating presidency and wants to resolve the battle over the budget and recovery before its six months are up at the end of the year.

The matter will now be taken up by ministers from member states meeting by videoconference on Tuesday to prepare the ground for an EU leaders' summit on Thursday.

"We will now continue our intensive consultations with all parties involved," Clauss said.

The vetoes triggered outrage in Brussels.

Manfred Weber, leader of the center-right group in the European Parliament, declared: "If you respect the rule of law there is nothing to fear."

"Denying the whole of Europe crisis funding in the worst crisis since decades is irresponsible."

But Hungary was unrepentant.

"Hungary has vetoed the budget," Zoltan Kovacs, a spokesman for Prime Minister Viktor Orban said, arguing that the package must reflect a deal reached in July.

"We cannot support the plan in its present form to tie rule of law criteria to budget decisions," he said.

EU leaders thought they had resolved the disputes over the seven-year EU budget and associated stimulus plan at a marathon four-day-and-night summit in July.

They have since also resolved differences with the European Parliament over spending priorities, and the trillion-euro budget and 750-billion-euro stimulus package is ready for approval.

But Poland and Hungary remain implacably opposed to tying their future funding to Brussels' judgment on whether their spending is in line with EU law.

"The question is whether Poland... will be subject to political and institutionalized enslavement," Ziobro said.

"Because this is not rule of law, which is just a pretext, but it is really an institutional, political enslavement, a radical limitation of sovereignty," he asserted.

Senior European diplomats, however, said there was no question of the other countries agreeing to loosen the rule of law condition.

"We'll see if Budapest and Warsaw are looking for guarantees and if these are acceptable," one said, warning otherwise of a "serious political crisis."

Another suggested that Orban was perhaps looking for more money and might be persuadable.

If the pair continues to hold out, their countries can't be expelled from the Union, but the other member states will have to find another way to build a budget, the second diplomat warned.

The accord that emerged from the July summit foresaw a 2021-2027 budget, called a Multi-annual Financial Framework, of 1.074 billion euros plus the 750-billion-euro recovery plan.

The European Parliament rebelled over what it viewed as insufficient allocations for some of its favored programs but accepted a new deal last week that adds 16 billion euros.

Monday's ambassadors' meeting was called to sign off on this, and also on plans to allow the EU to issue joint debt and raise its own funds.

The EU leaders' summit Thursday is to be held via videolink. It was meant to be on the coronavirus crisis, but may now be focused on the need to address the budget stand-off.