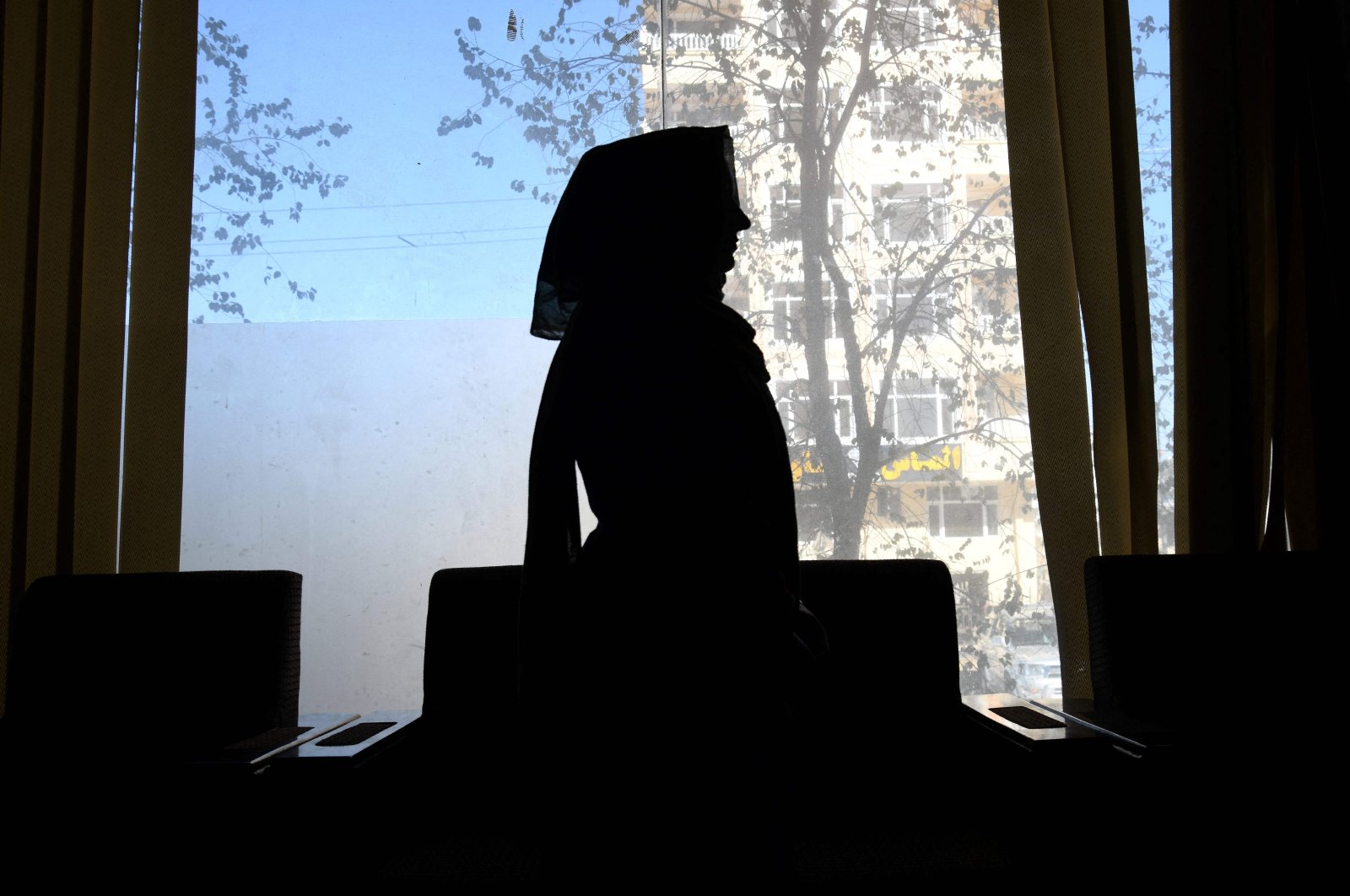 Madina, an Afghan former female journalist whose name has been changed to protect her identity, speaks during an interview in Kabul, Afghanistan, Nov. 13, 2021. (AFP Photo)
by French Press Agency - AFP Nov 21, 2021 1:45 pm
RECOMMENDED

At 21 years old, Madina had her dream job: She was a journalist, her salary crucial to her family's life in Afghanistan.

Then the Taliban came.

Now, like so many other Afghan women, Madina cannot work and her family has lost her income – just as Afghanistan's economy collapses and the United Nations predicts half its population could run out of food during the long, cold winter.

It leaves Madina, trapped behind closed doors, to wonder anxiously how her family will pay the rent and buy the wood to heat their home until spring.

"I have a dark future ahead," said Madina, whose name has been changed to protect her identity.

Just a few months ago, the young woman worked for an American-funded radio station. She dreamed of presenting the news on television and perhaps, later on, entering politics.

Now the station is off the air, and looking for a new job would be futile. Except in specialized sectors such as health and education, few women have worked since the Taliban drove the Western-backed government from Kabul and took power in August.

Last year, under the previous government, more than 27% of civil servants were women. Now, the Taliban have told them to stay home until further notice.

Many families have lost a significant part of their income, just as Afghanistan faces one of the world's worst humanitarian crises.

More than 22 million Afghans will suffer food insecurity this winter, the U.N. has said, as a drought driven by climate change adds to the disruption caused by the chaotic Taliban takeover.

Madina, who lives with her parents, is the oldest of four girls and two boys. Her father, a laborer, gambled on her education, which until the Taliban reached Kabul seemed like a good bet.

The family lived on two salaries, Madina's and her father's. "I was paying the rent," she says. "When I had a job, I could meet the family's needs."

But they now have to buy basic staples such as rice and flour on credit – and despite winter's cold already biting, they can't afford coal or wood to heat their home.

"It's very painful for me to see these difficulties," Madina says.

Rabia – who also spoke under a pseudonym – worked at the Ministry of Mines and Petroleum. On Aug. 15 at 10 a.m., she left her office in a panic when the Taliban entered Kabul.

Her male colleagues have resumed their jobs – but she can't go back. "I feel I'm in a prison in my house," the 25-year-old says.

Rabia lives with her sister and brother, who are teachers. Both work but have not been paid. "We're living on our savings," she says.

There are eight of them in the family, and savings will not last long. "In two or three months? I don't know, we'll need money to get the house warm in winter," Rabia says.

"I'm asking the international community to put pressure on the Taliban so they allow women to work again. They are often the only breadwinner in the family."

Laila, whose name has also been changed, is her family's only earner.

Before, she worked as a cleaner for an Afghan family, but they fled when the Taliban came.

Now the 43-year-old begs in a Kabul market, where – as the only woman among men – she makes sure to wear a burqa to "protect my dignity, a little."

She has six children to support, alone. She doesn't know where her husband is, speculating that he is dead, or has left her for another woman.

"My children are at home. They don't know I'm begging. I have to find money to feed them ... We do not have a glass of flour at home," she says.

"I'm so ashamed. It's the first time in my life I'm begging." When asked if she can provide for her family this way, she bursts into tears. "I'm very sad," she says. "I have never seen so many difficulties in my life as I have seen in these two weeks."

Madina says she, too, cries every day.

She hardly goes out anymore; she is too afraid of the Taliban. Instead, her day is limited to housework and reading.

"I don't talk about my situation to my friends. We are all the same, it's useless," she says.

"I'm not good mentally," she says – but she is trying to put on a brave face for her family. After all, as they tell her: "You're not the only one in this situation."