Demand for Turkish cologne soars in Germany amid COVID-19 outbreak 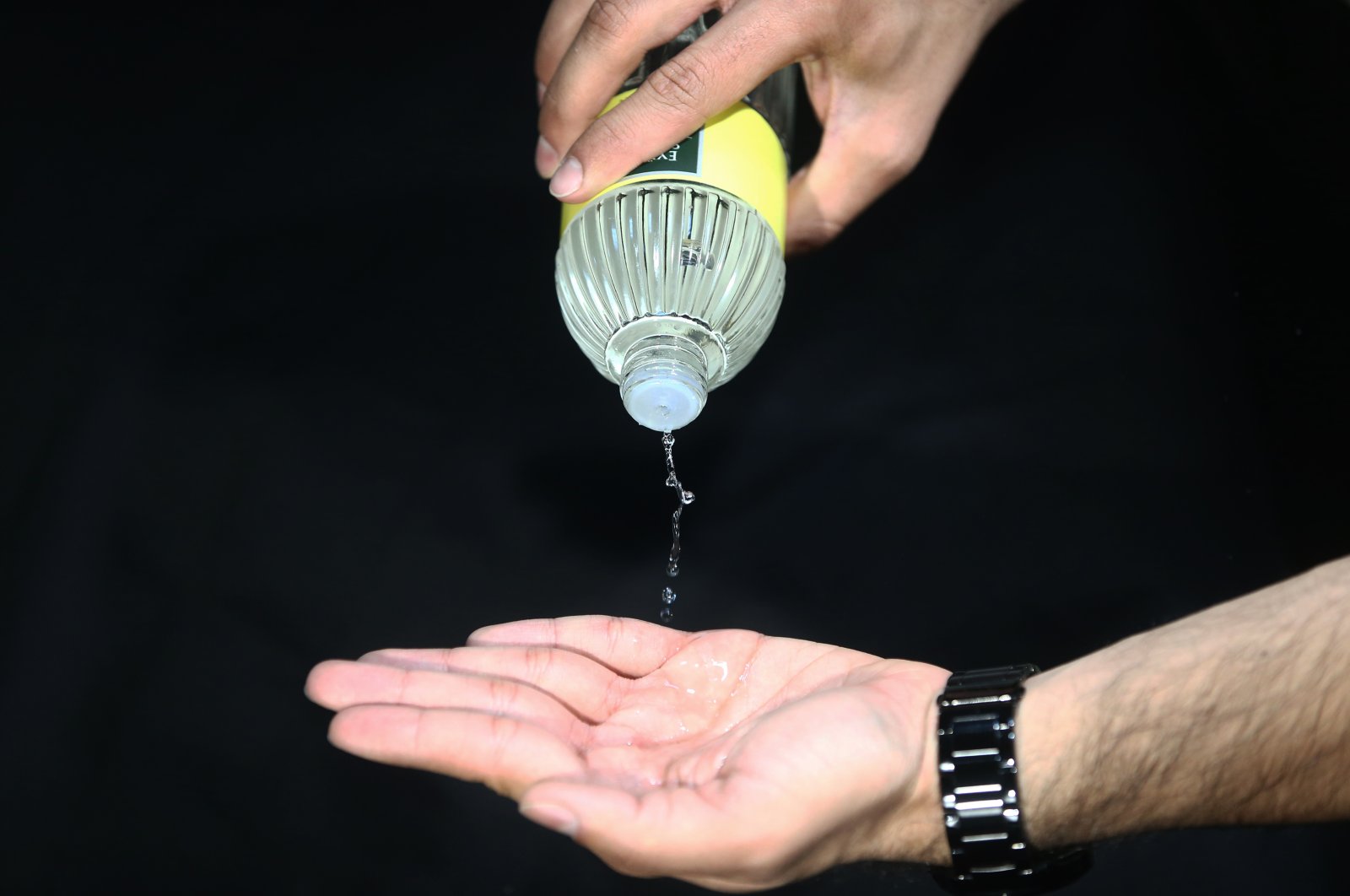 Germany, which is facing an aggressive rise in coronavirus infections, has seen increased demand for Turkish cologne. The cologne is a traditional, ethanol-based scented disinfectant popularly offered to guests to clean their hands after eating meals.

A Turkish cosmetics producer in Mörfelden-Walldorf, near Frankfurt, is having difficulties maintaining its production and packaging to meet the demand, owner Bülent Emekçi said Wednesday.

“Cologne is 80% alcohol and 20% water and other substances, which provides effective disinfection, especially against the new type of coronavirus. That's why there is a lot of interest in cologne in Germany,” Emekçi told Anadolu Agency (AA).

On Tuesday, the Robert Koch Institute (RKI), Germany's disease control and prevention agency, adjusted its coronavirus threat risk for the country from "moderate" to "high." Robert Koch Chief Lothar Wieler said the risk adjustment was based on the continued increase in infections, along with warning signs from hospitals and public health facilities. Germany is said to have had 7,156 cases, with 12 deaths.

“We import the raw materials for making cologne from Turkey, and we make and bottle the product at our own facilities in Germany, from where it is distributed across the whole country,” Emekçi said. “Due to the pandemic, we have recently been having difficulty catching up with the demand for cologne. We have pulled back production on a large number of products to put all our resources into making cologne. We produce 12,000 bottles of cologne, working two shifts a day.”

Stating that they had met with companies in Turkey to discuss ways of increasing production and distribution activities, Emekçi stated that these efforts had so far proven fruitless due to the high demand for cologne in Turkey, yet stated that studies were ongoing.

Meanwhile, along with the increase in demand for hygiene products in light of the coronavirus outbreak, the export of ethyl alcohol, cologne, disinfectant, hydrogen peroxide and melt-blown fabric will now be subject to registration, according to a regulation published in the Official Gazette Wednesday.

The added provision means customs declarations for the goods in question will be registered by the general secretariat of the relevant exporters, following the preliminary approval of the Export Directorate General of the Ministry of Trade. The provisions of the communique will not apply to goods that have been approved by the General Secretariat of the Exporters' Associations prior to the publication of the regulation. Turkey has previously subjected protective products such as masks, goggles, and sterile gloves to export controls.