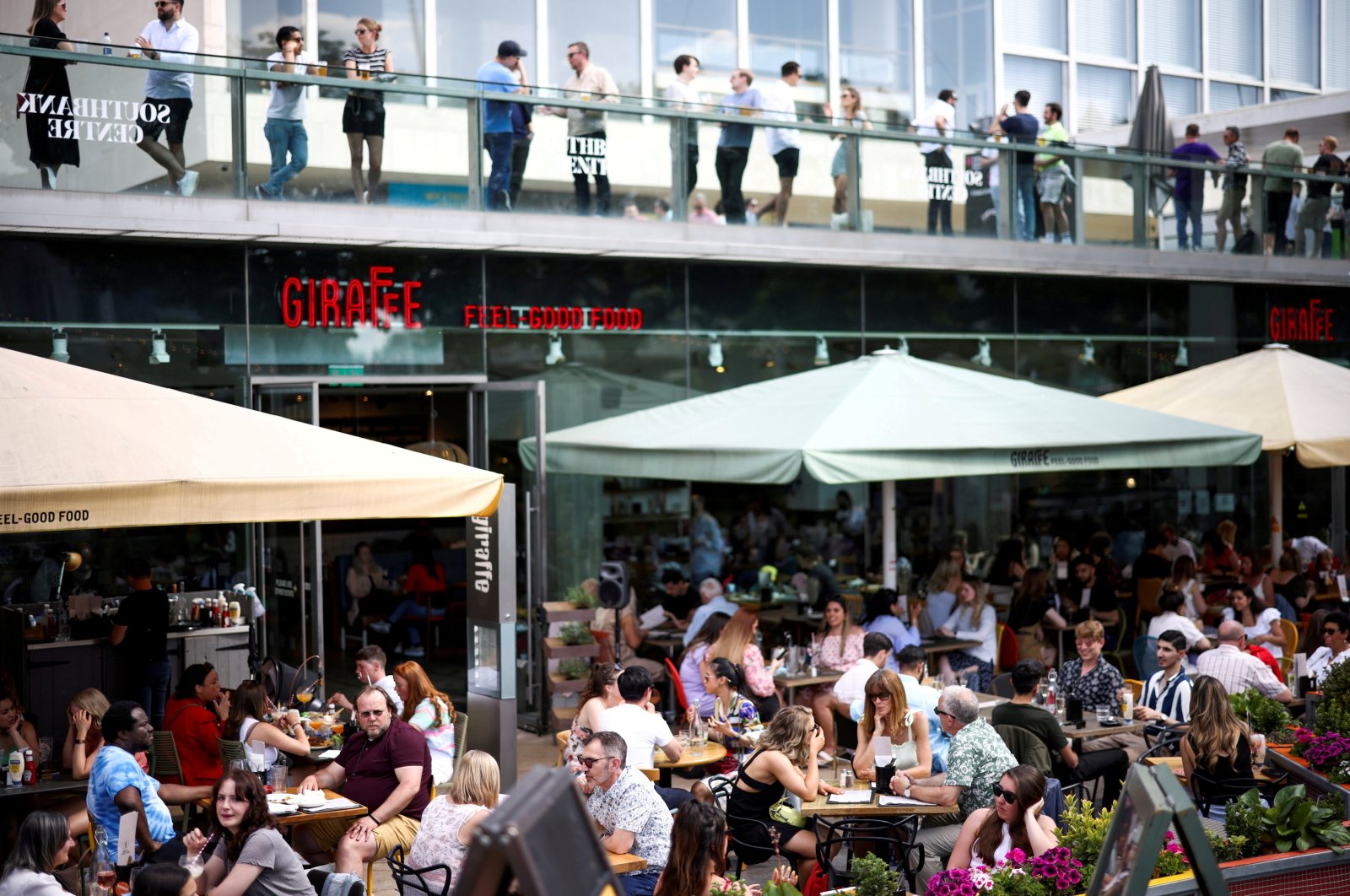 However, British gross domestic product remained 2.2% smaller at the end of June than it was in February 2020, before the pandemic struck the country, a reminder of the huge hit dealt by Britain's long coronavirus lockdowns last year.

A Reuters poll of economists had pointed to month-on-month growth of 0.8% in gross domestic product (GDP) in June.

The Office for National Statistics (ONS) lowered its estimate for growth in May to 0.6% from an originally reported 0.8% increase but output growth in April was revised up to 2.2% from 2%.

Gross domestic product in the three months to the end of June was 22.2% higher than in the same period of 2020.

That reflected the impact of last year's first coronavirus shutdown on much of the economy, which contrasted with the lifting of restrictions in the second quarter of this year.

But Samuel Tombs, an economist with Pantheon Macroeconomic, said Britain's economy was almost certainly the hardest hit by COVID-19 among Group of Seven countries for a fifth consecutive quarter in the April-June period.

"The U.K.'s continued underperformance remains largely attributable to weakness in households' spending, which was 7.0% below its Q4 2019 level in Q2, despite a quarter-on-quarter increase of 7.3%," he said.

"By contrast, real government expenditure was 8.0% above its Q4 2019 level, primarily due to COVID-related spending."

The huge services sector grew by 1.5% in June from May, with health activities contributing the most to growth as visits to general practitioners increased in June while food and beverage services jumped by more than 10%.

Industrial output shrank by 0.7% as maintenance of oil field production sites and a swing in the volatile pharmaceutical industry dragged on the sector, but manufacturing grew by 0.2%.

Compared with the first quarter of this year, when much of Britain's economy was in the grip of a third lockdown, the economy was up by 4.8%, the ONS said.

The International Monetary Fund said last month that Britain's economy was on track to grow by 7% in 2021, the same as the United States, as it bounces back from an almost 10% slump last year.

However, the Bank of England thinks Britain's economy will settle back into its slow pre-crisis rut once the impact of the pandemic slump and rebound settles down. It expects British GDP to grow by 5.75% next but only by 1.25% in 2023.

Last week the BoE laid out its plans for a "modest tightening" of its huge stimulus for Britain's economy.

Separate trade data from the ONS showed British exports to the European Union in May and June exceeded their levels immediately before Britain left the EU's single market at the start of this year, excluding volatile trade in precious metals.