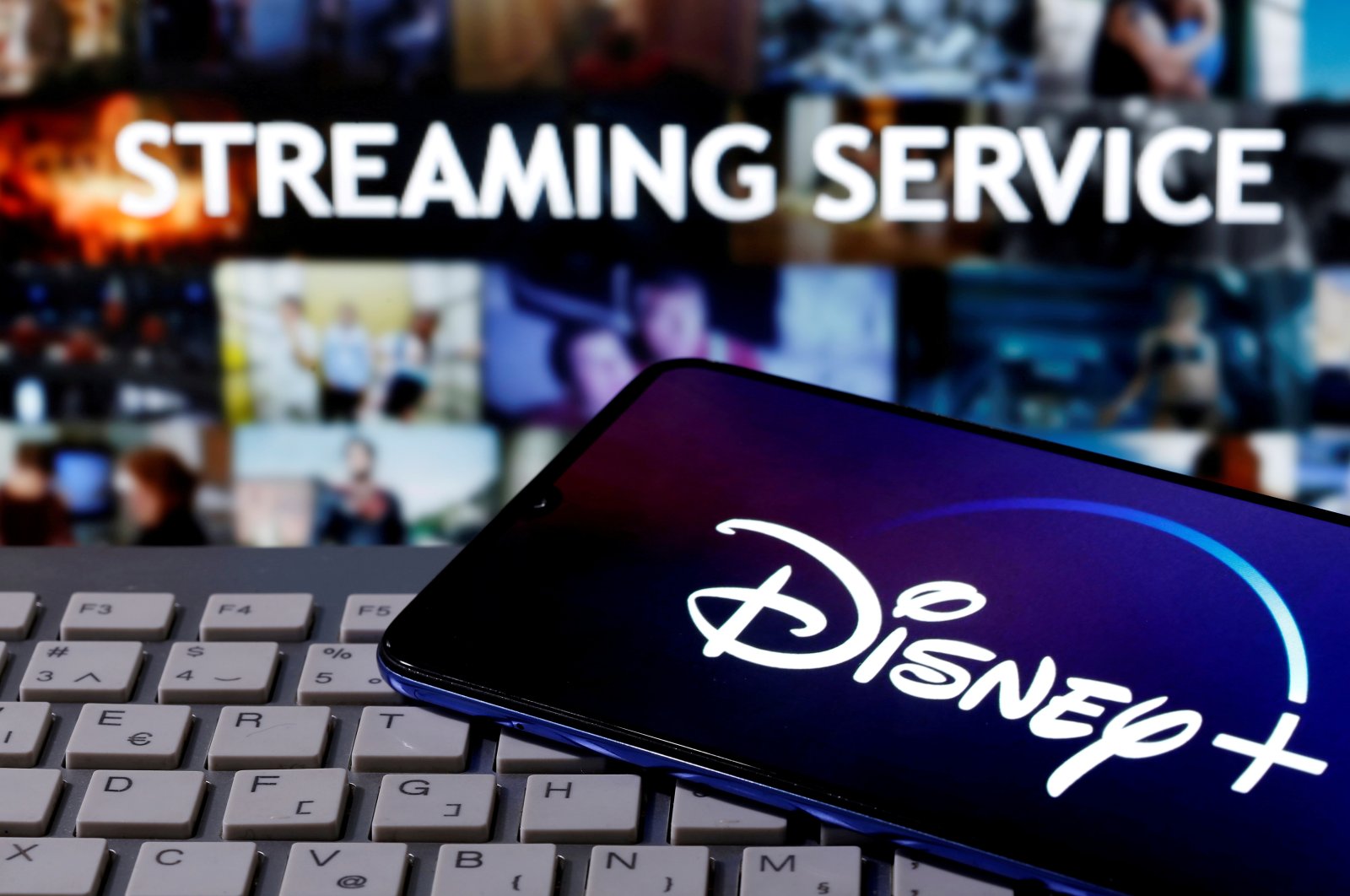 A smartphone with the "Disney" logo is seen on a keyboard in front of the words "Streaming service" in this picture illustration taken March 24, 2020. (REUTERS Photo)
by German Press Agency - DPA Nov 11, 2021 11:14 am
RECOMMENDED

The Walt Disney Company reported on Wednesday lower-than-expected earnings for its fourth quarter, slowed by stagnant growth in its streaming business, Disney+.

But analysts had projected stronger earnings. Disney shares initially slumped in after-hours trading. Disney reported a fourth-quarter profit of $159 million compared with last year's loss of $710 million attributed to the closure of its theme parks and holiday resorts due to the pandemic.

Two years on from the launch of Disney+, the streaming service added 2.1 million subscribers, a lower figure than analysts had projected.

At the end of the quarter, Disney+ had 118 million paying users worldwide, well behind streaming rival Netflix, Disney said.

"We continue to manage our DTC (direct-to-consumer) business for the long-term, and are confident that our high-quality entertainment and expansion into additional markets worldwide will enable us to further grow our streaming platforms globally," Chapek said in a statement.

In comparison, streaming market leader Netflix managed to increase subscriptions in the most recent quarter by around 4.4 million to a total of almost 214 million subscribers.

Disney said that the business continues to suffer from the consequences of the pandemic. Production delays and fewer premiers mean there is less new film content available.

Meanwhile, sports broadcaster ESPN, which is very important for the group, continues to lose subscribers.