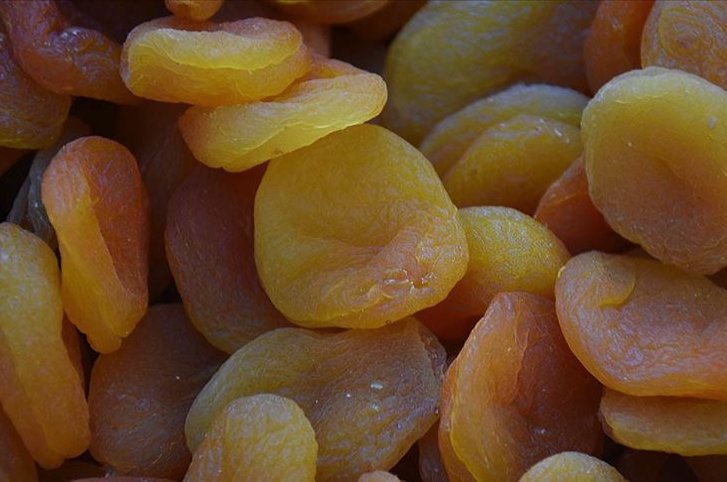 Turkey’s dried apricot exports have increased in recent months as the coronavirus pandemic pushed people to consume nutritionally rich foods to strengthen their immune system against the virus. The exports, in eight months, have generated $197 million (TL 1.3 billion) in revenue, officials said.

The country exported 76,000 tons of dried apricots between August 2019 and March 30, 2020, Birol Celep, chairman of the Association of Aegean Dried Fruits and Products Exporters, said Wednesday.

The dried apricot exports from all parts of the country have surged by 4% year-on-year, he said, noting that a total of 26,000 tons of dried apricots were exported from the Aegean region only, providing $78 million in foreign currency inflow in eight months.

Celep further noted that dried apricots are among the nutritious foods that strengthen the immune system against viruses due to their high nutritional values.

“Besides being rich in vitamins A, B, C, E, K, it is also a storehouse of iron, potassium, calcium, phosphorus, magnesium and fibre. It also has a strong antioxidant effect with the amount of beta carotene it contains,” Celep highlighted.

Celep said the increase was recorded in exports to the United States, Germany, Brazil, the Netherlands, Egypt, China and Belarus, while China recorded the most increase with $4.5 million worth of dried apricot exports to the east Asian country where the outbreak started.

The dried apricots were exported to 105 countries worldwide, with $26 million, $18 million, $17 million, $10 million, $6 million, $4 million worth to the U.S., Germany, France, Brazil, the Netherlands and Belarus respectively.

The exports to the United Kingdom, Russia and Australia were worth $9 million while it was $5 million for Algeria and Egypt.

Celep said the exports of dried figs and grapes from Turkey have also increased by 16% in March with the apricot figures added, reaching $90 million which was $77 million in the same month of last year.

The exports of the tree have generated $723 million since the start of the season, he noted.