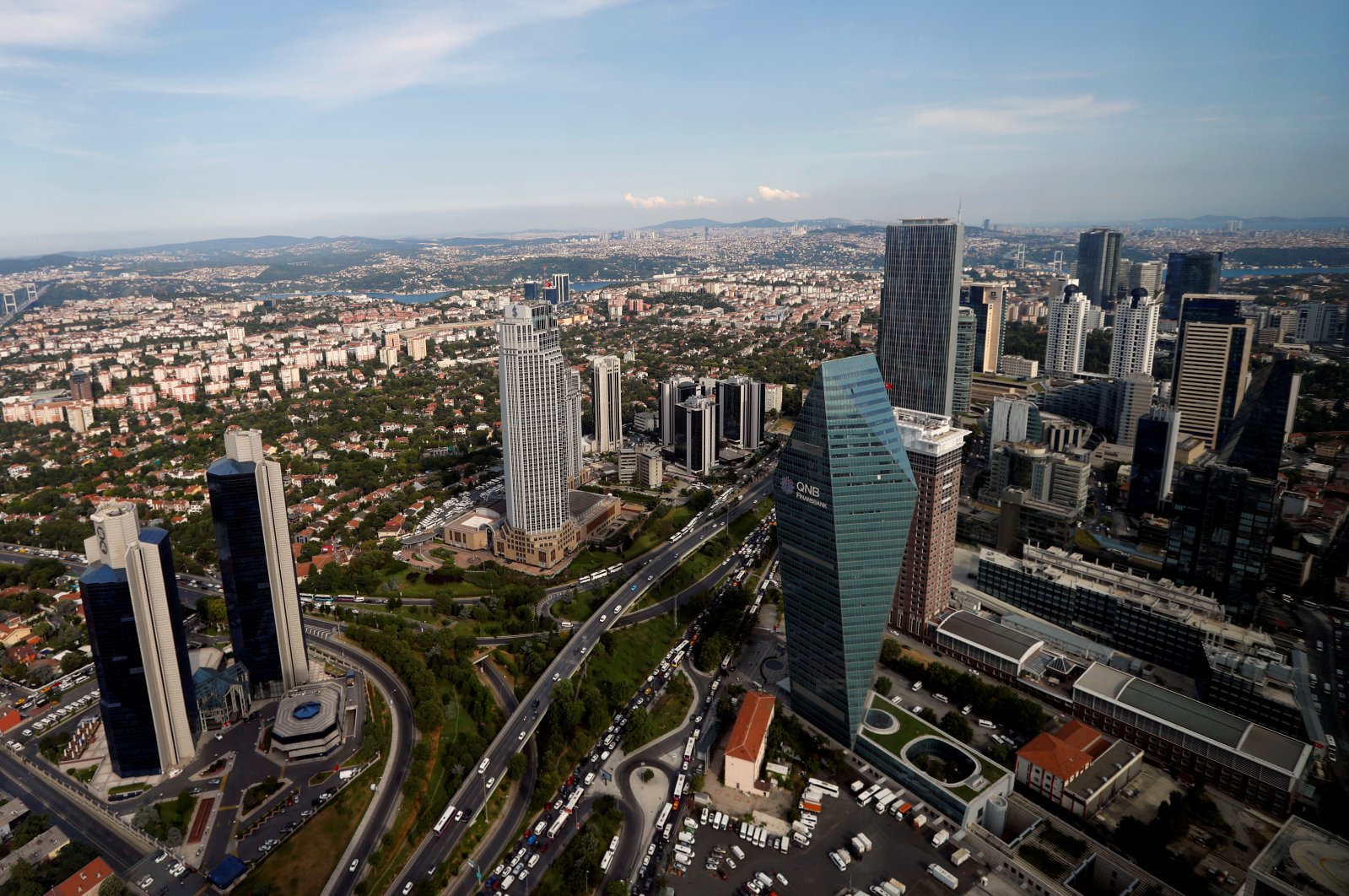 The business and financial district of Levent, which comprises banks' headquarters and popular shopping malls, is pictured in Istanbul, Turkey, July 9, 2019. (Reuters Photo)
by DAILY SABAH WITH AA Jul 10, 2020 4:00 pm

Turkey’s commercial capital has seen 6,613 new companies being launched between June 1 and July 3, a 78% increase compared to the same period a year earlier, Istanbul Chamber of Commerce data showed

Further relaxation of coronavirus lockdown measures in Turkey at the beginning of June has brought along a notable recovery in economic activity, seen in the rapid launch of new companies, particularly in the country’s metropolis, Istanbul.

Dubbed the country’s financial capital, Istanbul has seen 6,613 new companies launched in the five weeks of “new normal” between June 1 and July 3, a 78% increase compared with the same period a year earlier, according to the latest data by the Istanbul Chamber of Commerce (ITO).

Separately, the country’s central bank Thursday said the recovery in the economic activity had started in May with the gradual steps to open up the economy.

The ITO data showed demand by the companies in Istanbul for foreign trade documents, manufacturing capacity reports and online activity certificate all increased in the said five weeks. They were up by 15%, 46% and 141% year-on-year to 228,000, 680 and 40,000, respectively, according to the data.

“We are in the sixth week of the normalization process, which began on June 1. The figures for the first five weeks are very promising. The number of foreign trade certificates, capacity reports and online activity certificates requested by the companies from ITO for their commercial businesses have well passed last year,” ITO Chairman Şekib Avdagiç said.

Avdağiç stressed the pandemic did not prevent the number of newly launched companies to well exceed the same period of 2019.

“Another interesting point is the registration figures. In the first five weeks, the number of companies’ registration transactions has increased by 5% and passed 15,000,” he noted.

“This data confirms what I said when the COVID-19 first appeared. I said, ‘We are going to learn to live with the pandemic, we are not going to be its prisoners. We will fight and continue to produce.’

"The data does not just show us that we are successful in fighting the coronavirus. It also proves that we have managed to deal with this virus and also achieve a remarkable breakout on the production front,” Avdagiç added.

Rebound in second half

Separately, the Central Bank of the Republic of Turkey (CBRT) on Thursday projected that exports would rebound stronger than previously envisaged and a positive outlook in the current account balance will come in the second half of the year.

The recovery in exports will come as virus restrictions are relaxed, and low commodity prices will support the current account balance, the bank said after a meeting with both Turkish and foreign investors.

In a presentation on the macroeconomic outlook and monetary policy in Turkey, the bank said in the second half of the year, amid normalization, demand-side disinflationary effects will grow more evident. It also said deleveraging in the corporate sector continues.

On inflation, the bank said it has been showing a downward trend since the monetary tightening but picked up slightly in June.

June’s annual inflation rate surged to 12.62%, up from 11.39% in May, according to the Turkish Statistical Institute (TurkStat) said. Month-on-moth, consumer prices rose by 1.13%.

The bank unexpectedly halted a nearly yearlong easing cycle in June, keeping its key interest rate unchanged at 8.25% and citing upward pressure on inflation due to the outbreak.

The bank had cut its one-week repo rate by 1,575 basis points in nine consecutive meetings since July last year, when it stood at 24%, in a muscular bid to stimulate the economy and more recently to counter the economic downturn brought on by the outbreak.

Inflation is expected to decline over the medium-term, the bank said in the presentation. It indicated medium-term inflation uncertainty has been reduced and inflation expectations continue to improve.

ITO Chairman Avdagiç also referred to the country’s manufacturing activity, which in June hit its highest level since February 2018.

The Purchasing Managers' Index (PMI) for manufacturing rose to 53.9 last month from 40.9 in May, ending a three-month period of moderation and passing above the 50 mark that separates expansion from contraction.

“Car and house sales are rising rapidly along with falling loan interest rates. So are the white goods and furniture sales ... Therefore, these industries will heal their wounds further in the second half of the year,” Avdagiç said.

Referring to the second half of 2020, the ITO chairman said Turkey, like the whole world, faced a harsh contraction in the second quarter under the effect of the pandemic.

“Despite this contraction, however, we expect our economy to make a major rebound in the third quarter of 2020. The last quarter of the year will be determined by whether the second wave of the pandemic will occur,” Avdagiç concluded.