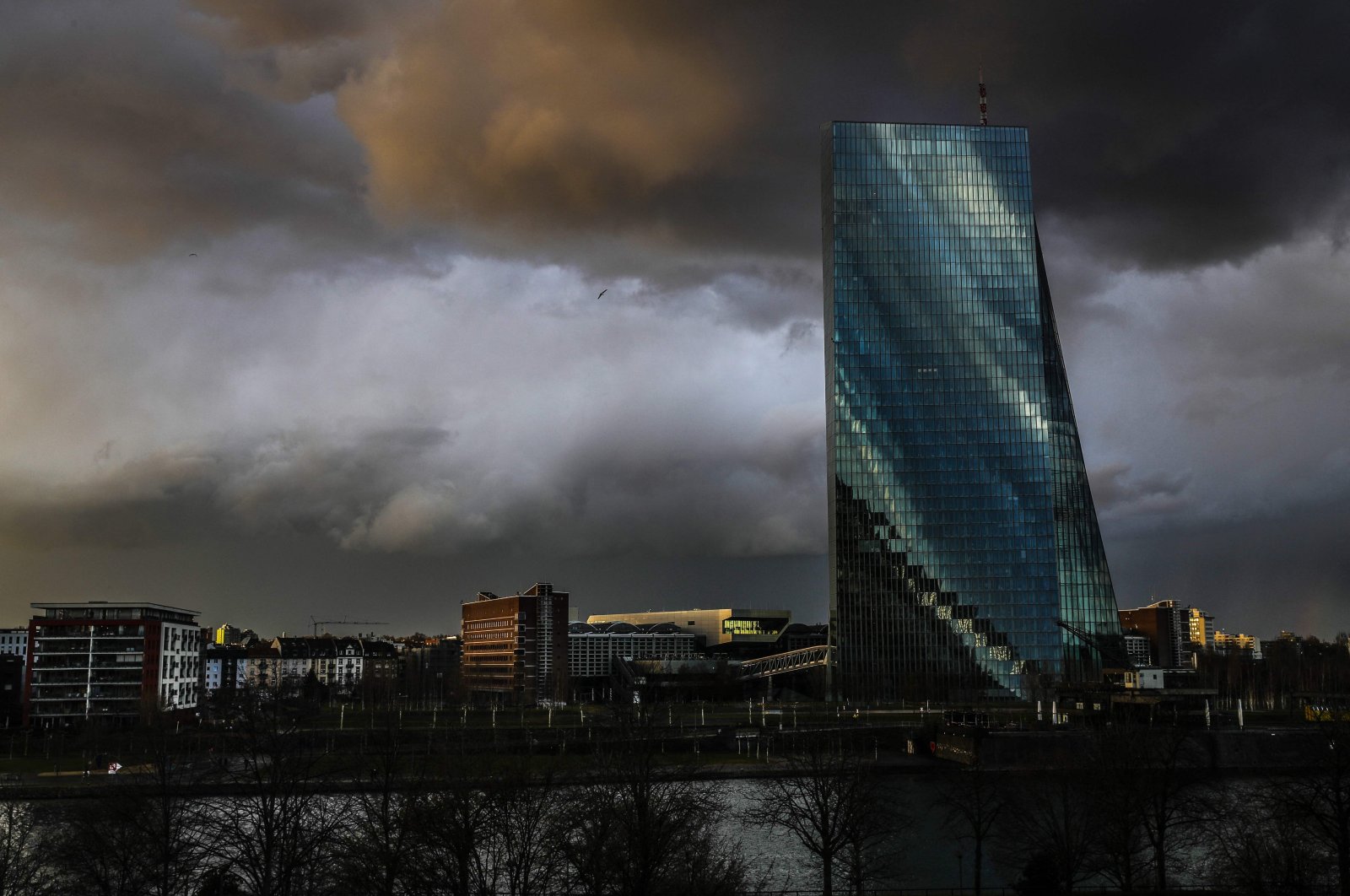 The European Central Bank (ECB) raised its growth and inflation outlooks Thursday but promised to keep ample stimulus flowing, fearing that a retreat now would accelerate a worrisome rise in borrowing costs and choke off the recovery.

ECB head Christine Lagarde said policymakers agreed to make further emergency purchases over the next quarter "at a significantly higher pace" than during the first months of the year but gave no further detail about the expected levels.

"We are going to do that in next three months according to market conditions, which clearly include seasonality," she told a news conference, referring to the typically lower levels of liquidity in Europe's summer months.

"The conclusion that we reached (on policy approach), I would say 'steady hand.'"

The 19-country eurozone has relied on copious ECB money printing to finance ballooning government deficits, leaving the economy especially vulnerable to any curbing of stimulus.

The ECB has bought around 80 billion euros ($97.35 billion) worth of debt per month under the Pandemic Emergency Purchase Programme (PEPP) this quarter, up from around 62 billion euros in the first quarter.

Markets largely shrugged off the news as hints from board members including Lagarde had made clear the ECB would rather err on the side of caution and not risk an early taper of the bank's 1.85 trillion euro PEPP.

Maintaining its long-standing guidance, the ECB also said PEPP would last until March 2022 and that it reserved the right to buy less than its purchase quota or increase it as needed to "maintain favorable financing conditions."

The bank also left its key interest rate benchmarks at record lows. The rate at which it lends to banks is zero, and the rate it pays on overnight deposits from banks remains at minus 0.5%.

Also expected was an upgrade in the ECB's main economic forecasts for the eurozone economy as vaccine programs accelerate and raise the prospect that its huge services sector will get back on track as pandemic containment measures ease.

While Lagarde said there was "slight movement upward" on core inflation once short-term factors are stripped out, she emphasized the inflation picture remained subdued and the headline rate well off its near-2% target.

"We are far away from our ultimate aim. We are certainly not where we would like to be once the pandemic is over," she said.

The ECB also nudged up its guidance on growth, declaring risks "broadly balanced" rather than tilted to the downside.

Europe is also far behind the United States in its recovery and is lagging on vaccinations, so that any withdrawal of support ahead of the U.S. Federal Reserve would be seen as a dangerous signal.