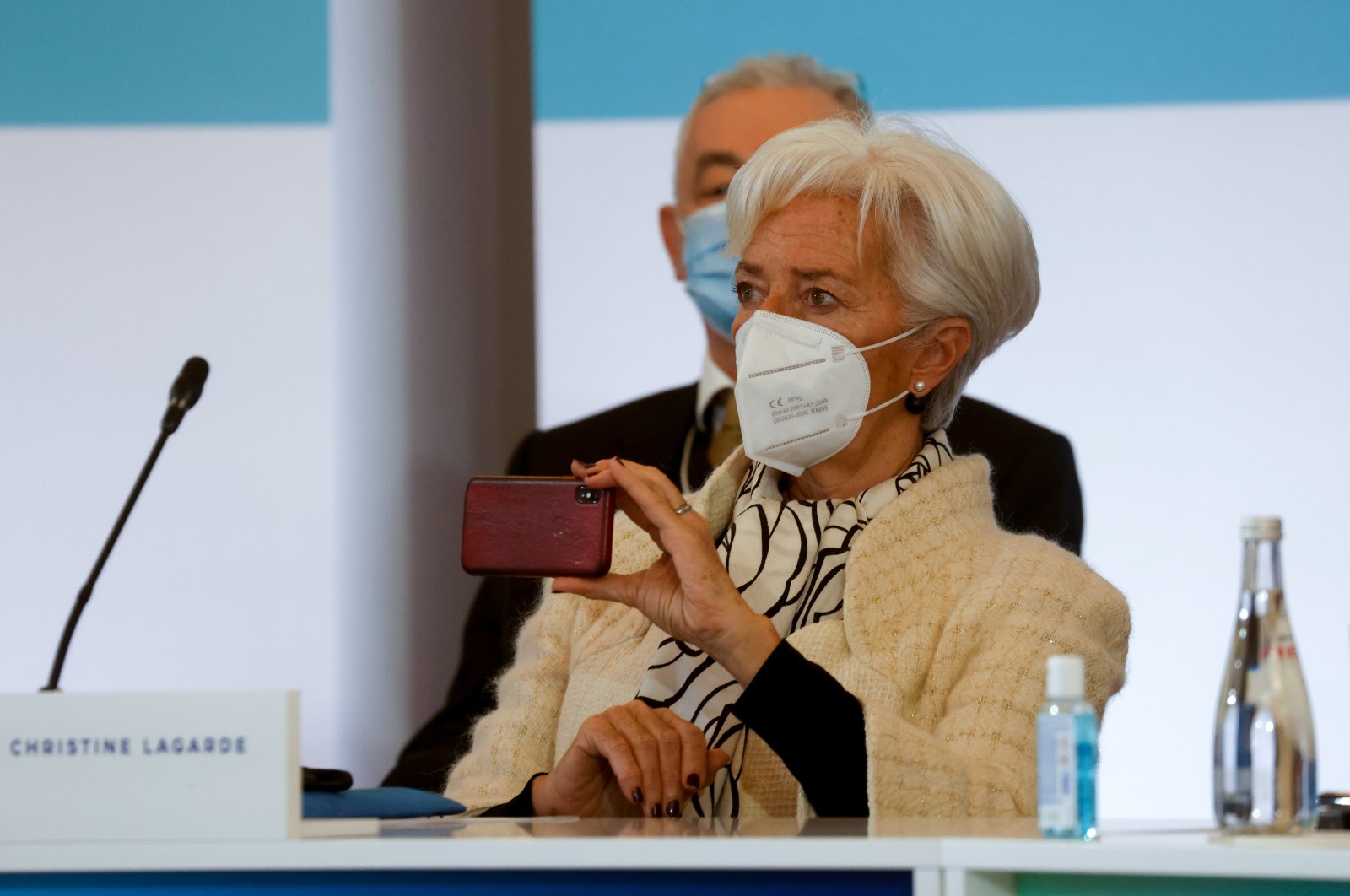 President of the European Central Bank (ECB) Christine Lagarde holds her smartphone as she attends the "One Planet Summit" on biodiversity which is part of the World Nature Day at The Elysee Palace in Paris, France, Jan. 11, 2021. (Reuters Photo)
by French Press Agency - AFP Jan 13, 2021 3:30 pm
RECOMMENDED

European Central Bank (ECB) President Christine Lagarde said Wednesday that she remained confident of the eurozone’s recovery in 2021, despite renewed virus curbs and a challenging start to vaccination programs.

The ECB’s forecasts remain “very clearly plausible,” Lagarde said at an online conference hosted by Reuters, adding she had “no reasons to believe our forecast is wrong at this point in time.”

A resurgence in COVID-19 cases has seen several eurozone nations impose tougher coronavirus restrictions, dampening economic expectations at the start of the year, while vaccination rollouts, which Lagarde described as "laborious," have faced criticism.

However, the ECB's forecasts are “predicated on lockdown measures until the end of the first quarter,” Lagarde said.

She cautioned that it would become “a concern" if member states need to extend their shutdowns "after the end of March.”

But Lagarde said some uncertainties – which she called “dark clouds over our heads” – have been cleared, including a post-Brexit trade deal, and the outcome of Senate races in the U.S. state of Georgia giving Joe Biden more legislative stability as president.

“From that basis we start on a more positive basis,” Lagarde said.

“Stimulus needs to be continued and properly targeted to those measures that would be most conducive to growth,” said Lagarde, a former French finance minister and ex-head of the International Monetary Fund (IMF).

At its last monetary policy meeting in December, the Frankfurt-based ECB boosted its pandemic emergency bond-buying program to 1.85 trillion euros and extended it to March 2022.