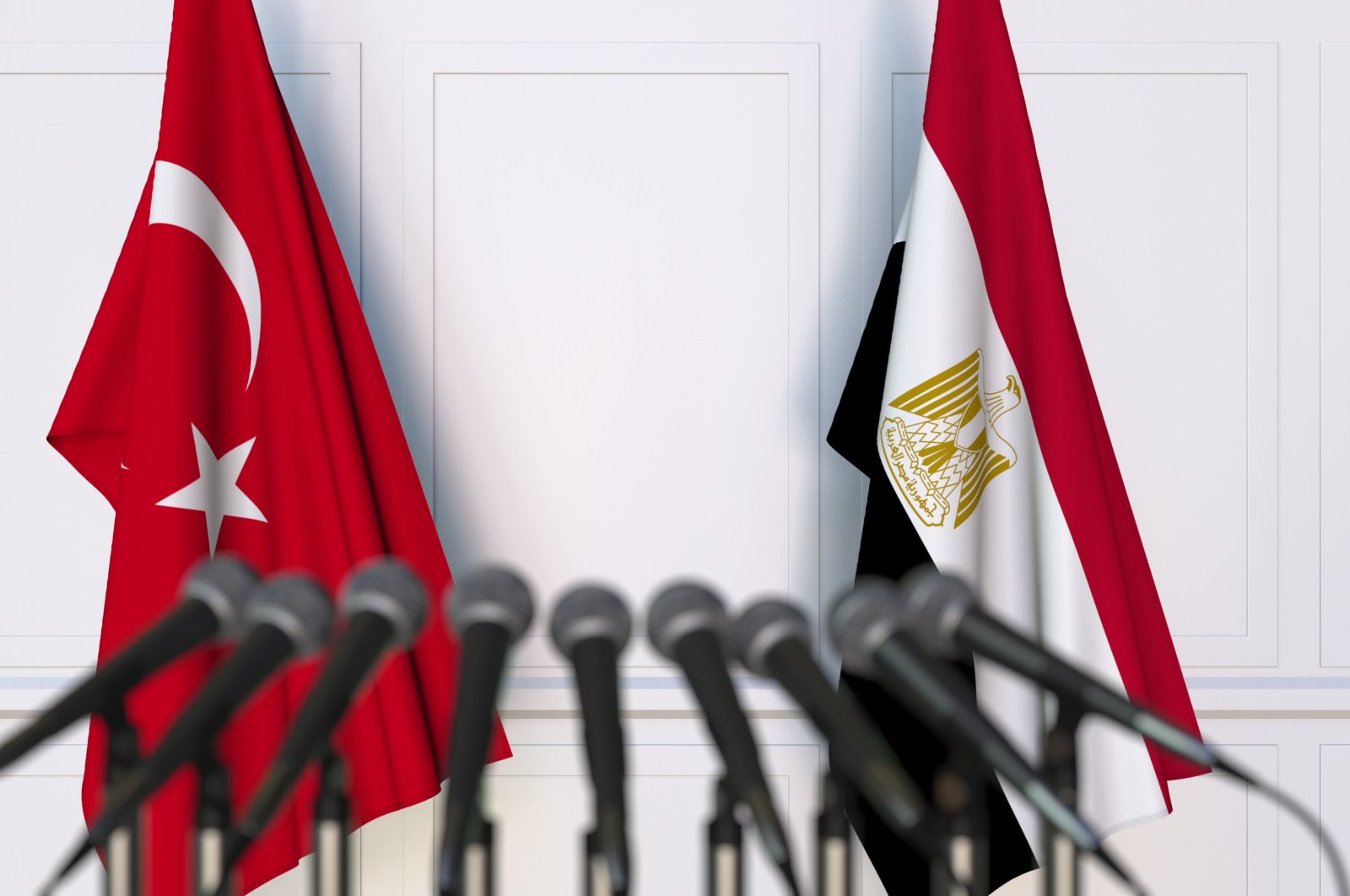 Experts argue that a more reconciliatory tone between Turkey and Egypt could pave the way for deeper economic relations at a time when developing countries need to cooperate to shield themselves from financial crises. (Shutterstock Photo)
by Ayşe Betül Bal - Rokaya Çelik May 23, 2022 11:58 am

The geostrategic weight of Egypt and Turkey, two influential actors in the Middle East, can aid the efforts to reestablish ties and further strengthen economic relations, experts say

Although bilateral relations between Turkey and Egypt have not come to a complete halt, they did deteriorate due to political disagreements following the toppling of the North African country’s first democratically elected president, Mohammed Morsi, in a coup after only a year in office.

However, experts argue that a more reconciliatory tone, which has been adopted ahead of the Turkish finance minister’s visit to the country, could pave the way for deeper economic relations at a time when developing countries need to cooperate to shield themselves from financial crises.

Turkey’s Treasury and Finance Minister Nureddin Nebati will travel to Egypt next month to attend a meeting of the Islamic Development Bank (IsDB). The trip will mark the first ministerial-level visit to Egypt in nine years.

Ahmed Zikrallah, an economics professor at Al-Azhar University in Cairo, highlighted that bilateral visits between Egypt and Turkey did not stop completely over the past few years, recalling that Egyptian Foreign Minister Sameh Shoukry participated in the Organisation of Islamic Cooperation (OIC) conference in Turkey, which is similar to the upcoming visit of Turkey's finance minister.

Although the trip is not within the framework of bilateral ministerial visits, “it should not be underestimated because it is an important step in the normalization of economic relations between Egypt and Turkey," Zikrallah told Daily Sabah in an interview.

Following the political turmoil in Egypt after Morsi's ousting, Ankara maintained that a democratically elected president cannot be deposed by a military coup and thus, voiced its criticism of now-President Abdel-Fattah el-Sissi and his backers, including the West and some of Ankara’s rivals in the Gulf region.

The Egyptian government, on the other hand, urged Turkey not to intervene in an issue that it considers its internal affairs. The dispute led to a deadlock in bilateral relations for many years.

After years of tensions, Turkey has been working to mend its frayed ties with regional powers, including Egypt, the United Arab Emirates (UAE) and Saudi Arabia.

Mustafa Abdulsalam, a Doha-based economist, also believes the Turkish finance minister's visit to Egypt is a very positive indication of developments to come, potentially opening the door to reconciliation between the two countries.

“The other thing is that it will contribute to the two countries' efforts to develop economic and trade relations, especially in the economic crisis that all countries of the world suffer from,” he told Daily Sabah.

Abdulsalam said that emerging countries such as Egypt and Turkey are currently facing a crisis, “for example the fuel and gas crisis, and the increase in food prices, along with the high inflation that has been sweeping the world.”

The U.S. Federal Reserve (Fed) follows a trend of increasing interest rates and thus withdrawing funds and indirect investments from emerging markets such as Egypt and Turkey, he said, noting that “here comes the importance of the Turkish minister’s visit to Cairo to discuss possible cooperation between the two sides in the economic field and to find new points of convergence.”

"The economic ties have been protected from political problems that occurred since 2013, and the two sides are keen to develop trade and economic relations and common interests away from political differences,” he said.

According to both Zikrallah and Abdulsalam, bilateral trade has not been affected by the political atmosphere and has in fact surged, as proven by official figures.

Turkey has become the number one importer of Egyptian goods and merchandise, especially petrochemicals, Zikrallah said, according to the data provided by his country. Meanwhile, Turkish exports to Egypt exceeded $21 billion (TL 333.5 billion) in the period covering between 2014 to 2021.

Egypt is a net importer of most of its needs, whether it be agricultural products, food or manufactured goods, Zikrallah said, noting that Turkish products are now good alternatives to Chinese ones since they are high quality and can be transported cost-effectively considering the significantly increased shipping prices in Asia in the post-pandemic period.

Cairo and Ankara signed a free trade agreement (FTA) in 2005, which went into effect in 2007 and remained in place. The total volume of trade between the two countries has nearly tripled between 2007 and 2020, showing that both countries shielded their economic exchanges from the political disputes.

“Egypt is very aware of this matter, in addition to the fact that the Turkish product is also very popular in Egypt,” Zikrallah said.

There are also a large number of Turkish textile companies operating in the Borg el-Arab area in Alexandria and other areas, he said, providing great job opportunities for Egyptians, estimated at more than half a million.

Abdulsalam also added that there is news of Turkish companies’ planning to increase their investments in Egypt to $15 billion and boost the volume of trade exchange to $20 billion annually.

Egypt is keen to increase exports to Turkey since exports are the largest source of foreign exchange in the country, he said, noting that the annual revenue from exports exceeds $32 billion, which is an important amount for the Egyptian budget.

On the other hand, he said Turkey wants to increase its exports, too, since the country is a gateway to Arab and African markets.

According to Zikrallah, both Egypt and Turkey realize the importance of one another's geostrategic weight, therefore, there is a great effort to return to normalizing relations, and “the economic door was the best option.”

One of the most important areas for possible cooperation is the Eastern Mediterranean, both Zikrallah and Abdulsalem pointed out.

“The issue of Eastern Mediterranean gas remains the most important for Egypt and Turkey," said Zikrallah, adding, "I think that the two countries are striving well to find common understandings."

“The rapprochement between the two countries could provide a common starting point for the Turkish endeavour to reduce the gas bill as a result of energy production from the Eastern Mediterranean and the Egyptian endeavour to be an energy center in the region,” he said.

Abdulsalam, similarly, said it is possible to cooperate in establishing a joint pipeline so that Egypt exports gas to Europe, noting that there will also be great cooperation opportunities in the field of exploration in the Eastern Mediterranean and border demarcation.

Abdulsalam further highlighted the importance of the shipping line agreement that was signed in Ankara in 2012 and aimed at facilitating the transfer of exports between the two countries and the use of Egyptian ports to transport Turkish exports to Gulf Cooperation Council (GCC) countries.

It achieved great success at the beginning, however, the political differences between the two countries stopped it, he said.

“I think that Turkey needs to restore this line, especially after restoring its relationship with the Gulf countries. Egypt also needs this agreement to increase its exports because of its need for foreign exchange.”