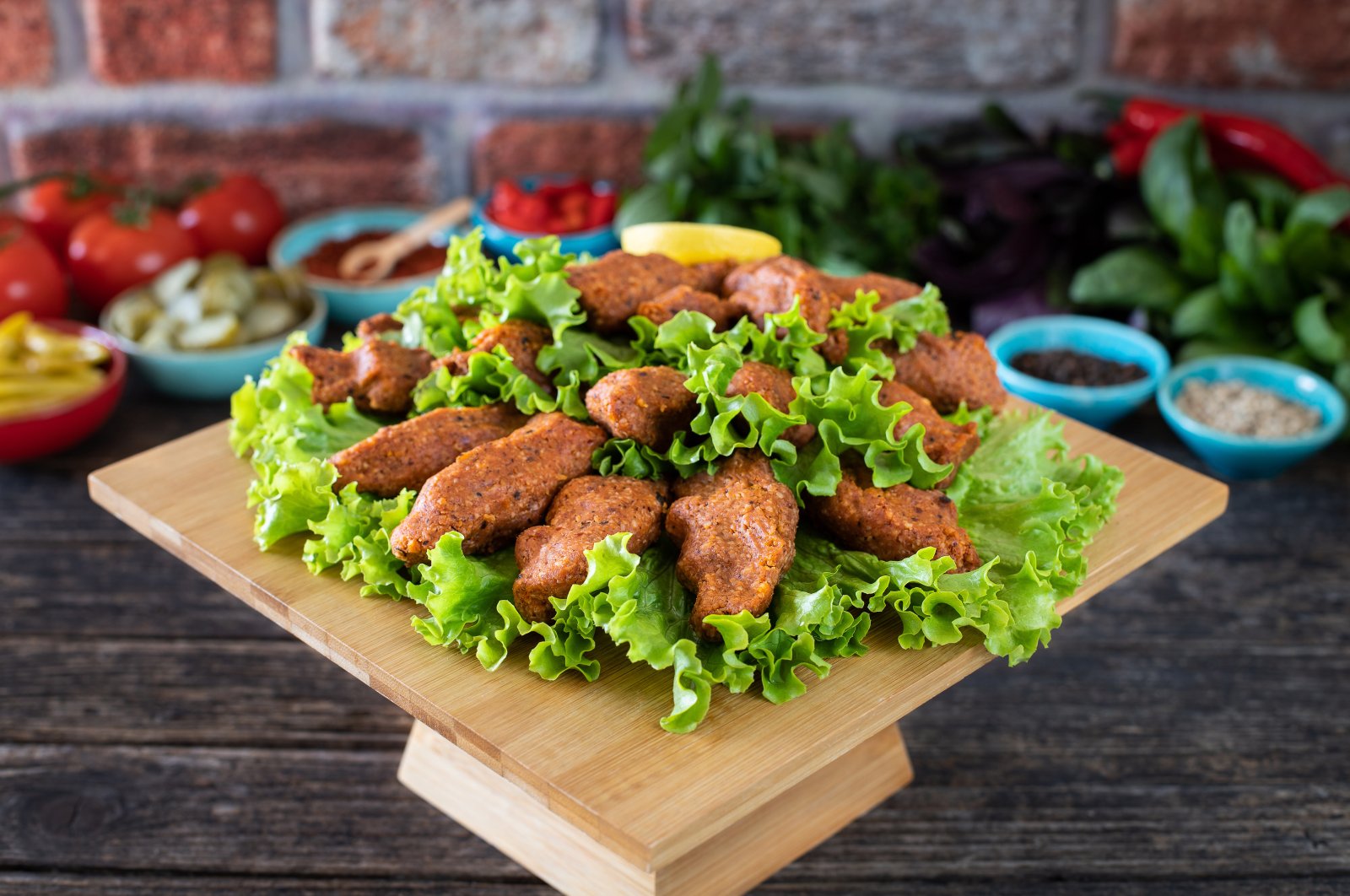 Çiğ köfte, a raw meatball dish usually made vegetarian using bulgar, is slowly becoming a global brand as it stands as one of the top choices for those who are enthusiastic about easily opening their own businesses via franchising.

Many local and foreign entrepreneurs have opened çiğ köfte restaurants in more than 50 countries, including the U.S., via franchising, which in Turkey proved to offer big gains in a short time and has been developing in many areas, particularly food, restaurants and cafés.

The raw meatball dish is traditionally made with either lean beef or lamb, kneaded into a dough with bulgur and isot – hot paprika flakes specific to the southern city of Şanlıurfa. Other ingredients of the dish include tomatoes, tomato paste, garlic, ground pepper, cinnamon, salt and parsley, all rich in protein, carbohydrates, minerals and vitamins. Usually served as an appetizer or meze, çiğ köfte is one of the vast range of popular dishes to try from among southeastern Şanlıurfa province's rich cuisine.

Although identified with Şanlıurfa, çiğ köfte is widely available throughout Turkey and even abroad. The majority of current-day çiğ köftes do not contain meat, so they can be enjoyed by vegetarians as well. It has attracted attention not only in Turkey but also in the world, particularly in European countries.

Indicating that they even sell to the U.S., Güzelaydın said: “We have started the export of çiğ köfte to the U.S. and to many parts of the world. Our brands are making progress in establishing production facilities in Europe to make çiğ köfte a global brand. The number of çiğ köfte restaurants opened in Europe has exceeded 200. We are happy to have offered such a delicious taste to Turkey and to the whole world.”

Güzelaydın noted that 100% of domestic products are being exported, adding: “Çiğ köfte, which we produce without using any additives and which does not contain any imported products, is being prepared for sale all over Turkey and the world. A total of 600 tons of raw meatballs are consumed daily in Turkey. The annual turnover of our sector is around $2.19 billion.” Research shows that there are more than 40,000 çiğ köfte stores across Turkey, he added.