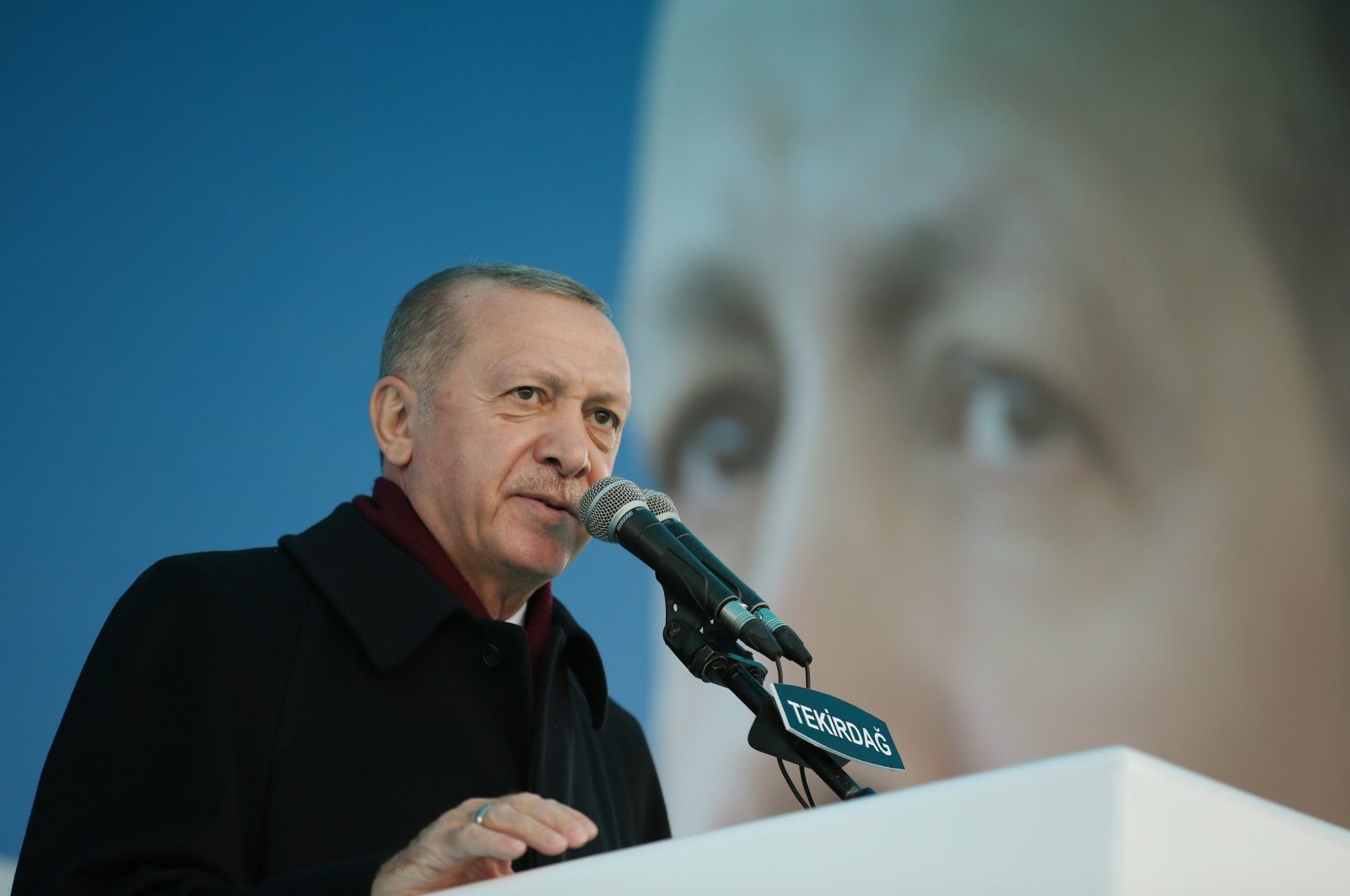 President Recep Tayyip Erdoğan said on Friday that Turkey was entering into a new period for both the economy and the judiciary and that parliament will prioritize new judiciary reform packages next year.

“We are starting a new period of reforms in the economy and judiciary in our country,” Erdoğan said at a provincial convention of his ruling Justice and Development Party (AK Party) in the northwestern province of Tekirdağ.

His comments returned to a theme which he detailed on Wednesday when he pledged a new economic growth strategy that will enable an improved investment climate for foreign investors backed by an efficient judicial system.

Erdoğan pledged that the strategy would be based on stability, lower inflation and international investment.

Noting that the priority is to immediately draw the inflation rate back to single-digits, the president on Friday said his government is launching "a new campaign focusing on stability, growth and employment."

Without giving details, Erdoğan also said that “those who attempted to meddle with Turkey through tutelage, terror, coup, political and social chaos have also attacked our economy.”

He further stressed the necessity of meeting Turkey's 2023 goals and said: “We are experiencing a period in which the fate of the (ruling) AK Party and the nation are integrated.”