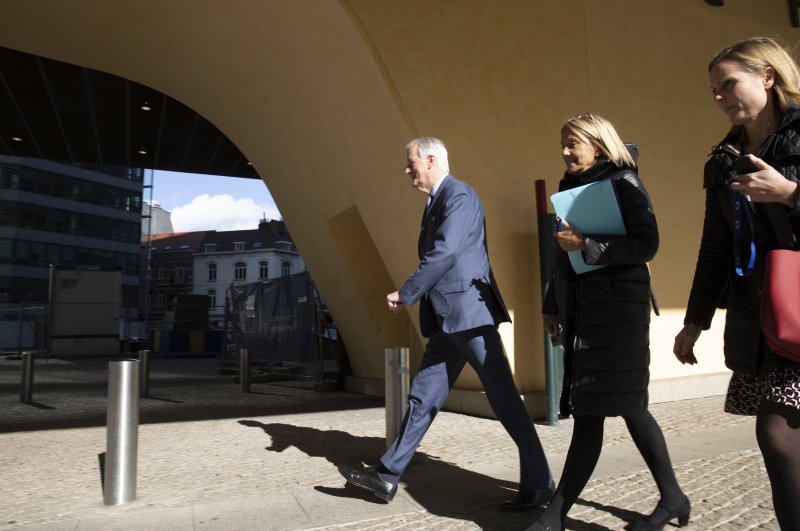 The European Union on Tuesday gave its chief negotiator, Michel Barnier, a robust negotiating mandate to get a free trade deal with Britain, which counters several of the red lines that London has set.

The 27 EU nations are insisting that if Britain wants the best possible deal in the wake of its Brexit departure last month, it will have to adapt to EU rules and regulations on everything from state aid to environmental standards.

Britain has already rejected this, claiming the ability to diverge from EU rules is a key component of Brexit. Supporters of Britain's departure from the bloc say the great dividend will lie in the repatriation of powers to London from Brussels for the benefit of the British economy.

“The interests are huge. It will be very hard work – a tough road ahead," said Dutch Foreign Minister Stef Blok.

Another stumbling block is the timetable. British Prime Minister Boris Johnson insists that a deal needs to be done by the end of the year so Britain can leave the EU's frictionless single market and customs union. Britain remains within the EU's economic orbit until the end of 2020 to smooth its departure from the bloc. That transition period can be extended once for up to two years, but Johnson has said he won't be doing so.

That means the timetable to negotiate everything from fishing rights to access to EU markets is tight, as most trade deals take years to conclude.

“We need a good agreement rather than succumb to calendar pressure," said France's Europe Minister Amelie de Montchalin, who insists the U.K. aligns itself with EU rules even as they evolve.

The EU is fearful the U.K. could undercut EU firms if it is allowed to diverge too much from social, industrial and environmental standards that took years to build together. Given that Britain is an intrinsic part of the European economy following its 47 years of membership in the EU, that's a particular concern across EU capitals.

British ministers were also gathering to finalize the U.K.’s negotiating mandate, which is due to be published Thursday. Britain's chief U.K. trade negotiator David Frost said last week that the right to diverge from the bloc’s regulations was “the point of the whole project" to leave the EU.

He said that “to think that we might accept EU supervision on so-called level playing field issues simply fails to see the point of what we are doing."

But Britain has also promised it won’t undercut the EU by lowering standards on environmental protection, food hygiene or workers’ rights. Johnson said earlier this month that “we are not leaving the EU to undermine European standards.”

The challenge for negotiators will be to find a way to make a binding commitment that both sides can agree on.