European stocks dive over 4% at open as coronavirus deaths mount 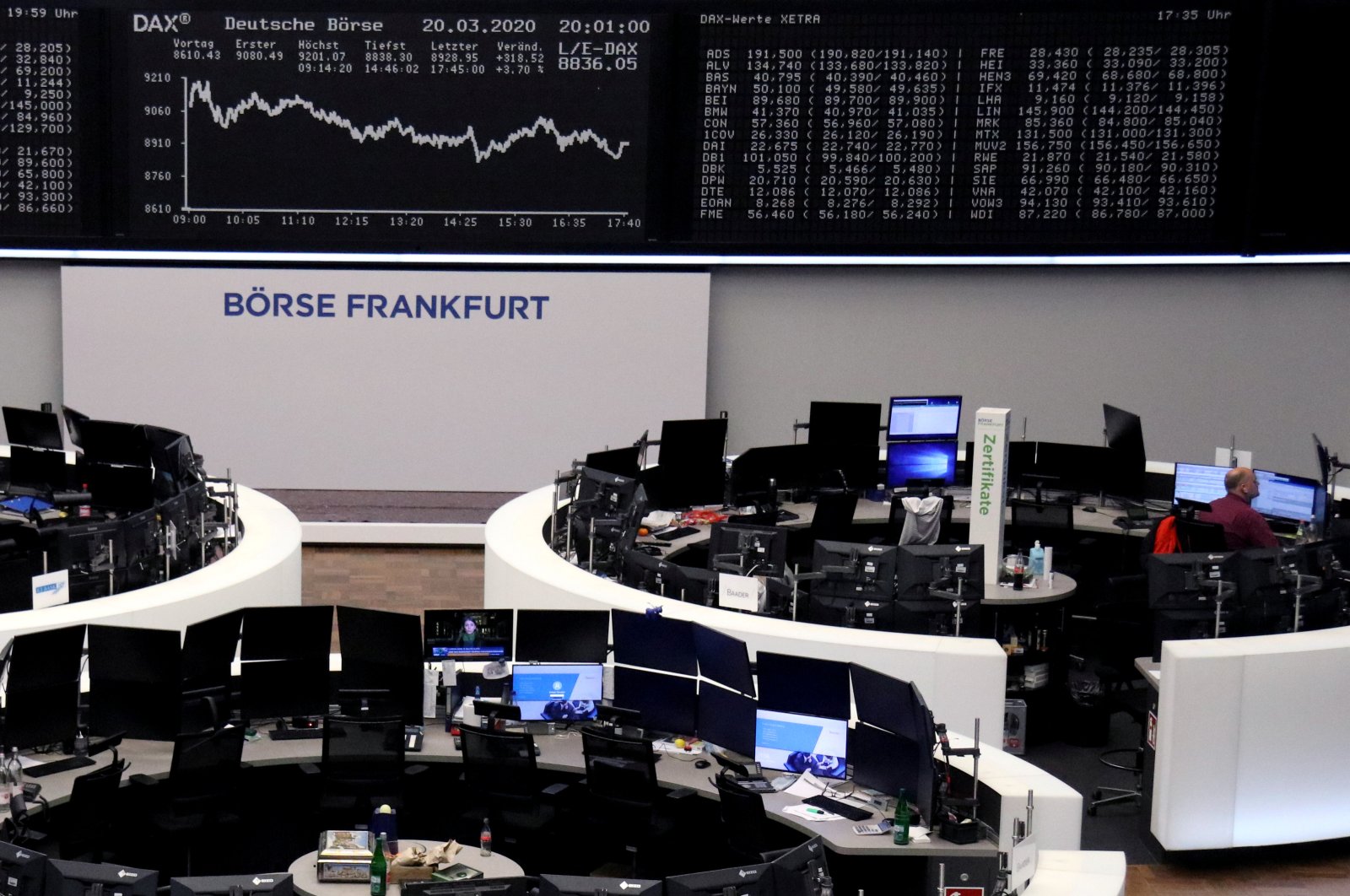 The German share price index DAX graph is pictured at the stock exchange in Frankfurt, Germany, March 20, 2020. (Reuters Photo)
by Compiled from Wire Services Mar 23, 2020 11:21 am

European shares were stuck near seven-year lows on Monday after several countries expanded measures to curtail the spread of the coronavirus pandemic, with Italy banning even domestic travel as the number of fatalities there topped 5,400.

The benchmark STOXX 600 index was down 4.6% at 8:06 a.m. GMT, with bourses in Germany, Spain and London leading declines.

The relentless spread of COVID-19, the disease caused by the new coronavirus, has forced entire countries to self-isolate and brought economic activity to a grinding halt, driving the biggest global market sell-off since the 2008 financial crash.

With growing evidence of the corporate damage from paralyzed supply chains and consumer spending, analysts have suggested the global economy was already in recession.

Plane maker Airbus fell another 12.7% after saying it was withdrawing its 2020 financial forecast, dropping a proposed 2019 dividend and suspending funding to top up staff pension schemes.