Europe's eateries devastated by virus – and winter is coming 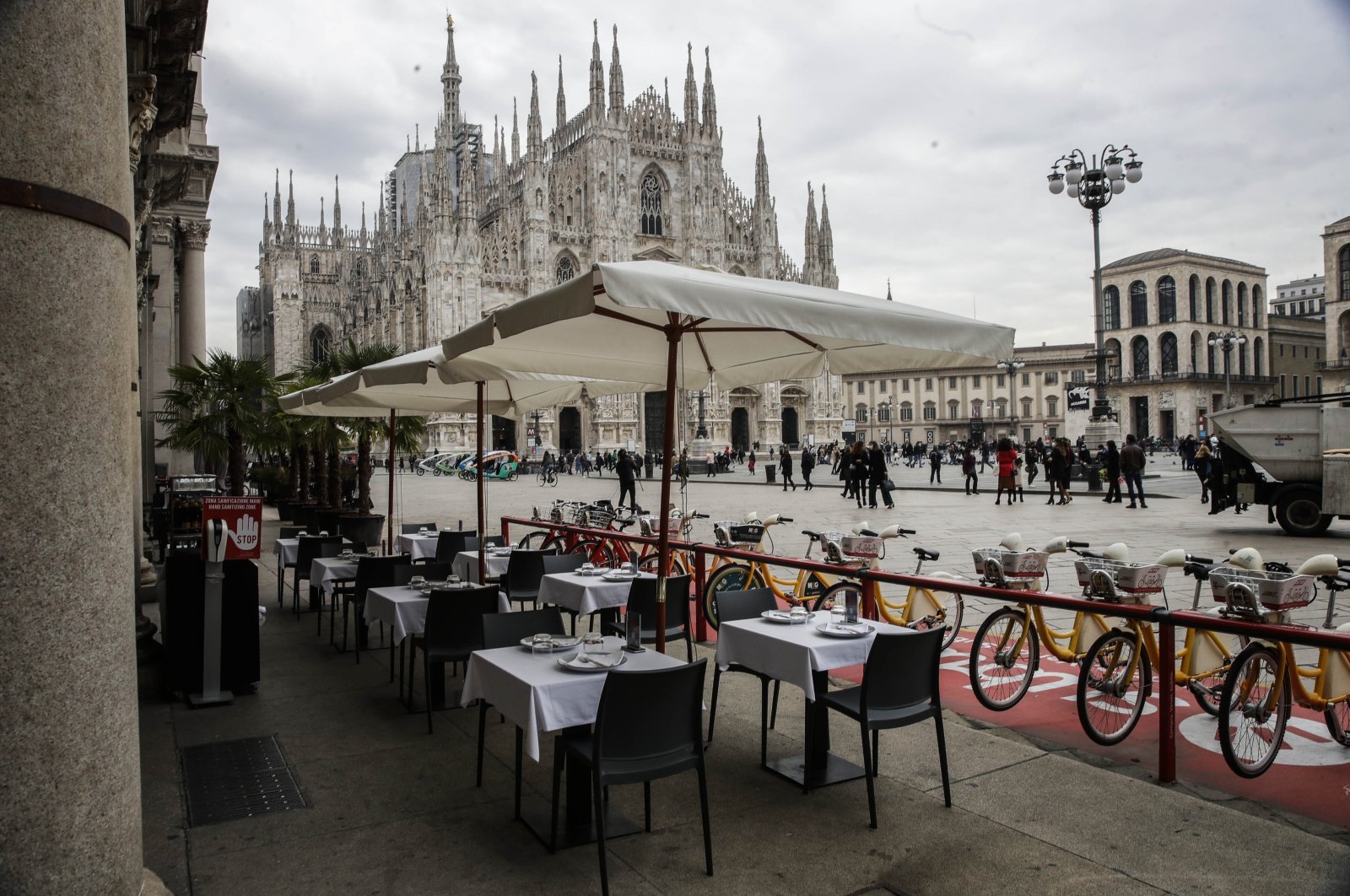 As the Friday night dinner service began earlier this month at the De Viering restaurant outside Brussels, it seemed the owners' decision to move the operation into the spacious village church to comply with coronavirus rules was paying off. The reservation book was full and the kitchen was bustling.

And then Belgium's prime minister ordered cafes, bars and restaurants to close for at least a month in the face of surging infections.

“It’s another shock, of course, because – yes, all the investments are made,” said chef Heidi Vanhasselt. She and her sommelier husband Christophe Claes had installed a kitchen and new toilets in the Saint Bernardus church in Heikruis, as well as committing to 10 months’ rent and pouring energy into creative solutions.

Vanhasselt's frustration is Europe's as a resurgence of the virus is dealing a second blow to the continent's restaurants, which already suffered under lockdowns in the spring. From Northern Ireland to the Netherlands, governments have shuttered eateries or severely curtailed how they operate.

More than just jobs and revenue are at stake – restaurants lie at the heart of European life. Their closures are threatening the social fabric by shutting the places where neighbors mix, extended families gather and the seeds of new families are sown.

A restaurant remains “a place where very special moments are celebrated,” said Griet Grassin of the Italian restaurant Tartufo on the outskirts of Brussels. “It’s not just the food, but it’s the well-being.”

This time, the closures are particularly painful because they might stretch into the Christmas season, nixing everything from pre-holiday office drinks to a special meal on the day.

When it comes to purely calories and vitamins, “of course we can live without restaurants,” said food historian professor Peter Scholliers.

But, he asked: “We can live without being social? No, we can’t.”

Successful restaurants have always had to adapt quickly – but never has there been a challenge like this.

The European Union said the hotel and restaurant industry suffered a jaw-dropping 79.3% decline in production between February and April. Try bouncing back from that.

Summer, with its drop in COVID-19 cases and a hesitant return to travel, brought some respite, especially in coastal resorts.

But then came fall. Any giddiness that the fallout from the pandemic could somehow be contained faced the sobering reality of relentlessly rising coronavirus cases and hospitalizations. Overall, COVID-19 has killed over 250,000 people across Europe, according to a tally by Johns Hopkins University. Leaders are now warning that things will get worse before they get better.

But many restaurant owners have bristled at the new restrictions and some are openly challenging them.

In London last week, the preeminent chef Yotam Ottolenghi banged pots on the street to protest restrictions that include earlier closing times.

“It’s really hard, we’ve got a great industry with lots of heart,” Ottolenghi said. “And there’s so many people who depend on it.”

If the mood of any nation is set by its stomach, surely France's is. And it is turning as sour as a rhubarb tartlet. The streets of Paris, the culinary capital of Lyon and several other French cities were eerily empty at night during the first week of a 9 p.m. curfew scheduled to last for at least a month.

Xavier Denamur, who owns five Parisian cafes and bistros that employ around 70 workers, said the French government is unfairly punishing the industry.

“It’s a catastrophic measure,” he said, arguing any curfew should be pushed to at least 11 p.m. to allow for a proper dinner service.

In Italy, just such a late-night curfew went into effect in Milan – and even that triggered protests.

Still, highlighting how the world is feeling its way in the near darkness, restaurant and food delivery business owner Matteo Lorenzon argued the opposite. “Having a curfew starting at 11 p.m., it’s too late.”

Already in September, more than 400,000 employees of restaurants and cafes in Italy, a nation of 60 million, were unemployed, according to an estimate by Fipe, the restaurant lobby group. Its prediction for the coming months was even more dire: “Hundreds of thousands of jobs risk being erased definitively."

In the Netherlands, which has one of the highest virus infection rates in Europe, more than 60 Dutch bars and restaurants sought to overturn a monthlong closure order but failed. Lawyer Simon van Zijll, representing the bars and restaurants, warned that the Dutch hospitality industry faces “a tidal wave of bankruptcies.”

The first lockdown in the spring caught the owners of Tartufo, the restaurant on the outskirts of Brussels, off guard.

This time, Grassin and her husband chef Kayes Ghourabi, were ready: They will ramp up their takeaway service and even offer their own gin with Mediterranean spices. Still, income will drop by about 70% to 80%.

“We lose, but it helps the costs. The electricity, the insurance that keep on going, even in a lockdown," she said.

Across Europe, the stories are the same – of chefs thinking creatively, making something of a bad situation, showing resilience to save something they often built from scratch.

“I have a son, and I always say to my husband, ‘the restaurant was our first child.’ And you want to fight for it," Grassin said.

Takeout is also a lifeline for Paolo Polli, who owned five bars and restaurants in Milan before closing four recently. His staff was cut from 60 to six. He said he made more money during the lockdown with his pizza-delivery service than when he reopened for regular service.

Down south, a balmy fall offered some reprieve, allowing restaurants to serve on outside terraces.

Despite this, in Portugal, the AHRESP restaurant association said restaurants lost more than half of their revenue. Now the chilly weather, stronger winds and rain are forcing everyone back indoors, where the virus spreads most easily.

“It will be impossible,'' said Artur Veloso, who manages the Risca restaurant in Carcavelos. “Winter will bring more ruin."