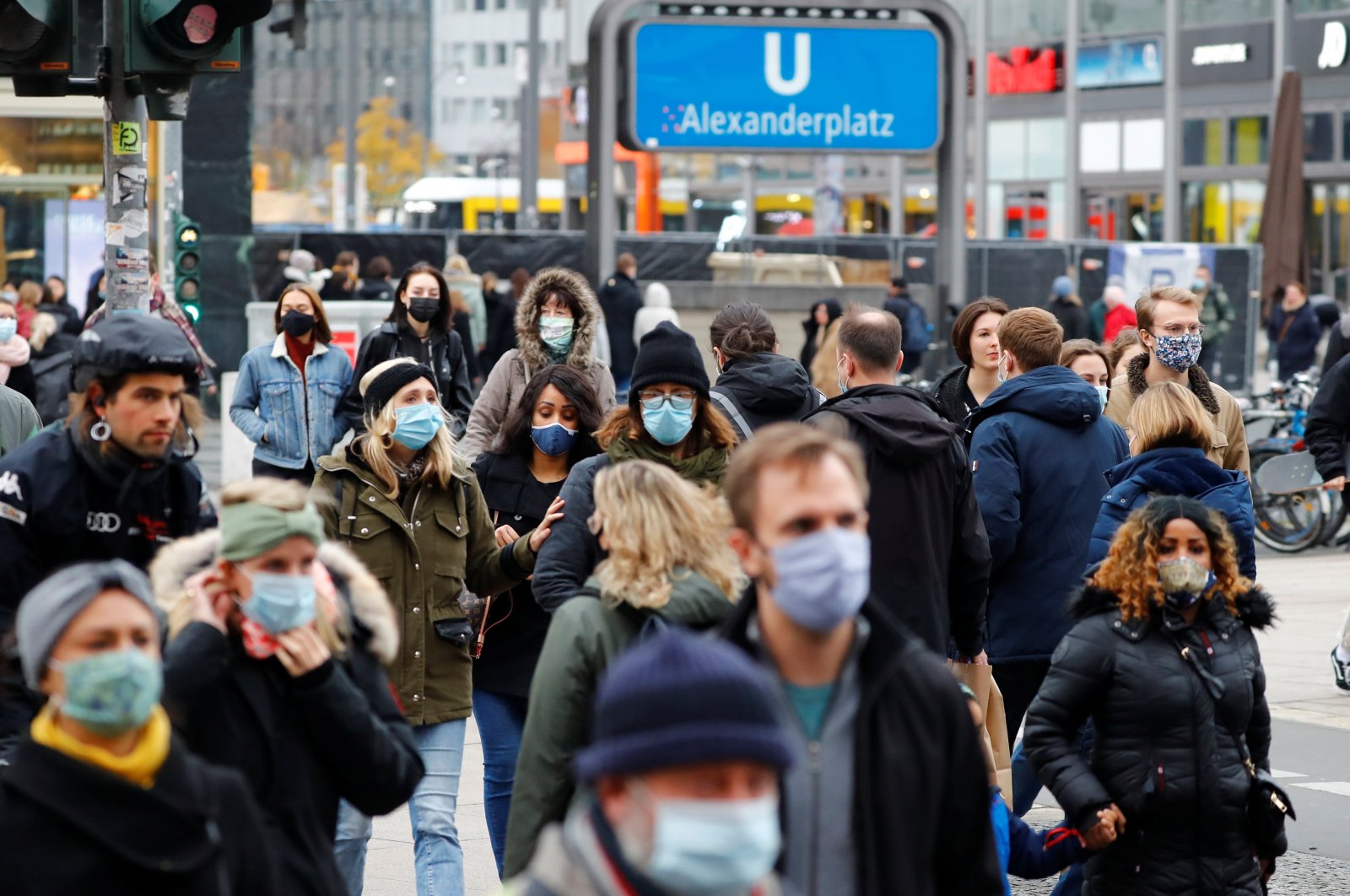 People wear protective masks as they walk in the Alexanderplatz shopping area amid the coronavirus outbreak in Berlin, Germany, Nov. 21, 2020. (Reuters Photo)
by REUTERS
Nov 23, 2020 3:59 pm

Eurozone business activity has contracted sharply this month as renewed restrictions to try to quell the spread of the coronavirus forced many firms in the bloc's dominant service industry to close temporarily, a survey showed on Monday.

The bloc's economy is on track for its first double-dip recession in nearly a decade, a Reuters poll suggested last week, and Monday's Purchasing Managers' Index (PMI) backed up that finding.

IHS Markit's flash composite PMI, seen as a good guide to economic health, fell to 45.1 in November from October's 50.0 – the exact level separating growth from contraction. A Reuters poll had predicted a shallower dip to 46.1.

"The eurozone economy has plunged back into a severe decline in November amid renewed efforts to quash the rising tide of COVID-19 infections," said Chris Williamson, chief business economist at IHS Markit.

"The data add to the likelihood that the euro area will see GDP (gross domestic product) contract again in the fourth quarter."

A PMI covering the service industry fell to 41.3 from 46.9, its weakest reading since the height of the first wave of the pandemic and well below the 42.5 predicted in a Reuters poll.

With demand drying up despite price cuts and backlogs of work being run down, firms reduced headcount for a ninth month. The services employment index fell to 48.1 from 48.5.

However, manufacturing has fared better as many factories have remained open and its flash PMI held well above the breakeven mark at 53.6 in November, albeit below October's 54.8. The Reuters poll had predicted 53.1.

An index measuring output, which feeds into the composite PMI, fell to 55.5 from 58.4. Demand also eased – the new orders index sank to 54.0 from 58.7 – indicating the downward trend may continue.

But with hopes for a vaccine and expectations for more stimulus from the European Central Bank (ECB) next month, optimism about the year ahead improved. The composite future output index jumped to 60.1 from 56.5, its highest since February before the pandemic swept across Europe.

"Firms across both manufacturing and services have also become more optimistic about the year ahead, largely reflecting growing hopes that the recent encouraging news on vaccines will allow life to return to normal in the new year," Williamson said.