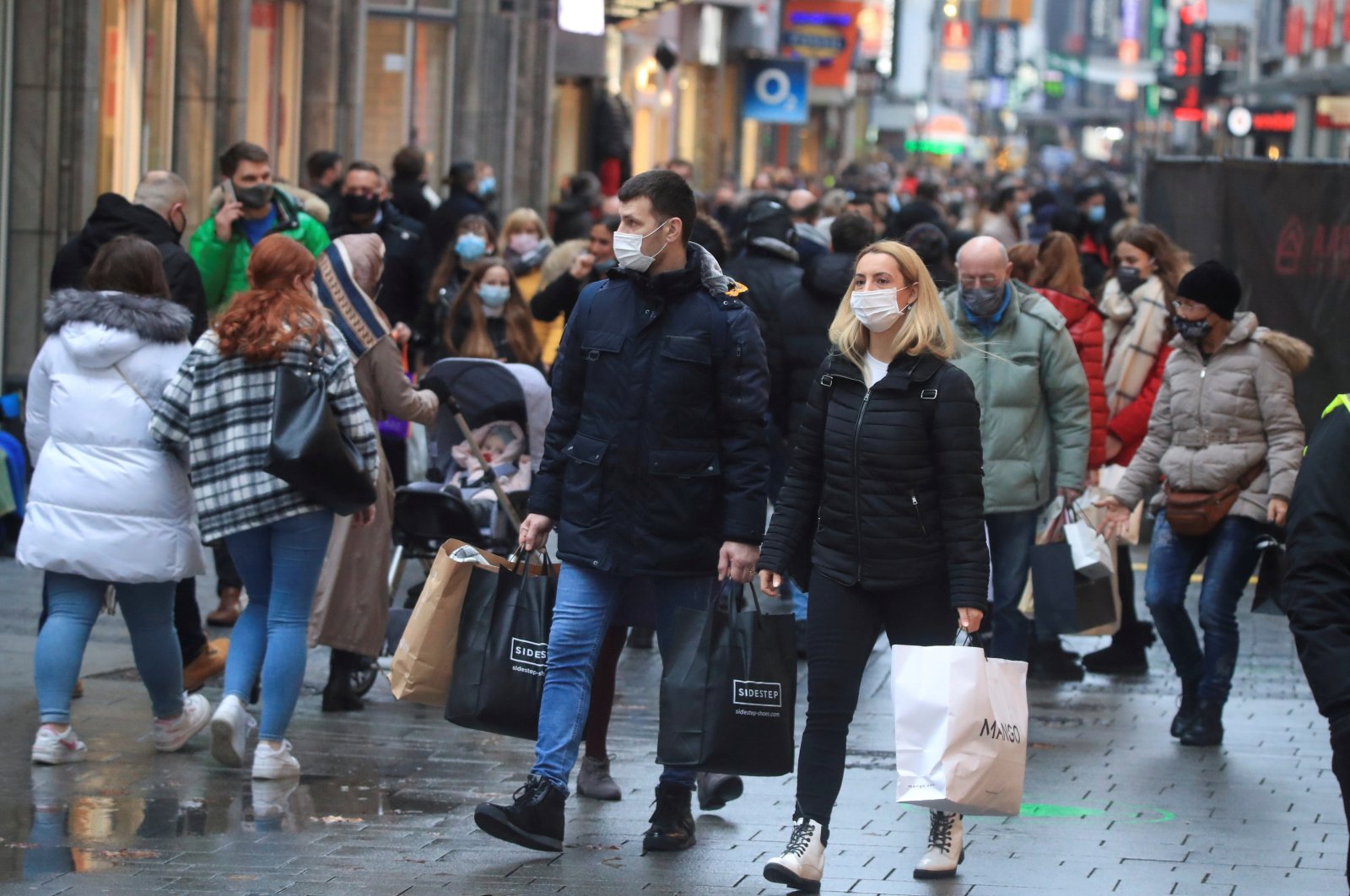 Business growth in the eurozone has slowed more than expected in December, a closely-watched survey showed Thursday, as a fresh wave of the coronavirus outbreak rattled recovery in the bloc, triggering renewed restrictions.

Europe is facing a fourth wave of infections and many governments have been encouraging citizens to stay home and avoid unnecessary social contact.

IHS Markit’s Flash Composite Purchasing Managers’ Index (PMI), a good indicator of overall economic health, dropped to 53.4 in December from 55.4 in November, its lowest since March and below the 54 predicted in a Reuters poll.

That headline number was dragged down by the services PMI, which sank to an eight-month low of 53.3 from 55.9. While above the 50-mark separating growth from contraction it missed the Reuters poll estimate for 54.1.

“The eurozone economy is being dealt yet another blow from COVID-19, with rising infection levels dampening growth in the service sector in particular to result in a disappointing end to 2021,” said Chris Williamson, a chief business economist at IHS Markit.

Growth in demand for services dropped to its lowest since April – when it contracted – with the new business index falling to 52.6 from 54.2.

Factories, generally less affected by coronavirus restrictions, also suffered somewhat and the manufacturing PMI dipped to a 10-month low of 58 from November's 58.4. An index measuring output that feeds into the composite PMI nudged up to 53.9 from 53.8.

In one brighter spot for policymakers at the European Central Bank (ECB), who meet later on Thursday, price pressures abated although remained high. The input prices index eased to 87.0 from 88.9, and the output prices index staged an even bigger fall.

“Easing supply constraints have alleviated some of the upward pressures on inflation,” Williamson said.

The inflationary push seen across the global economy has largely been downplayed as a short-term phenomenon by economists and central bankers.

But, with record highs persisting, political pressure is increasing on policymakers to do something to slow the surge in prices, including cutting taxes and easing up on easy money policies at central banks.

The ECB is set to halve the amount of assets it buys each month from April, according to a Reuters poll of economists, although interest rate increases are likely years away.

Despite the headwinds, the outlook for the future remains strong, particularly as the vaccine roll-out continues apace, with survey respondents confident that pandemic-related problems, especially on supply chains, would retreat next year.

The composite future output index recovered to 66.5 from 66.1.

But Williamson warned that the omicron variant posed “further downside risks to the growth outlook as we head into 2022.”

Any revived disruption to supply chains “could result in price pressures spiking higher again,” he said.