Eurozone downturn eases in May but still sharp 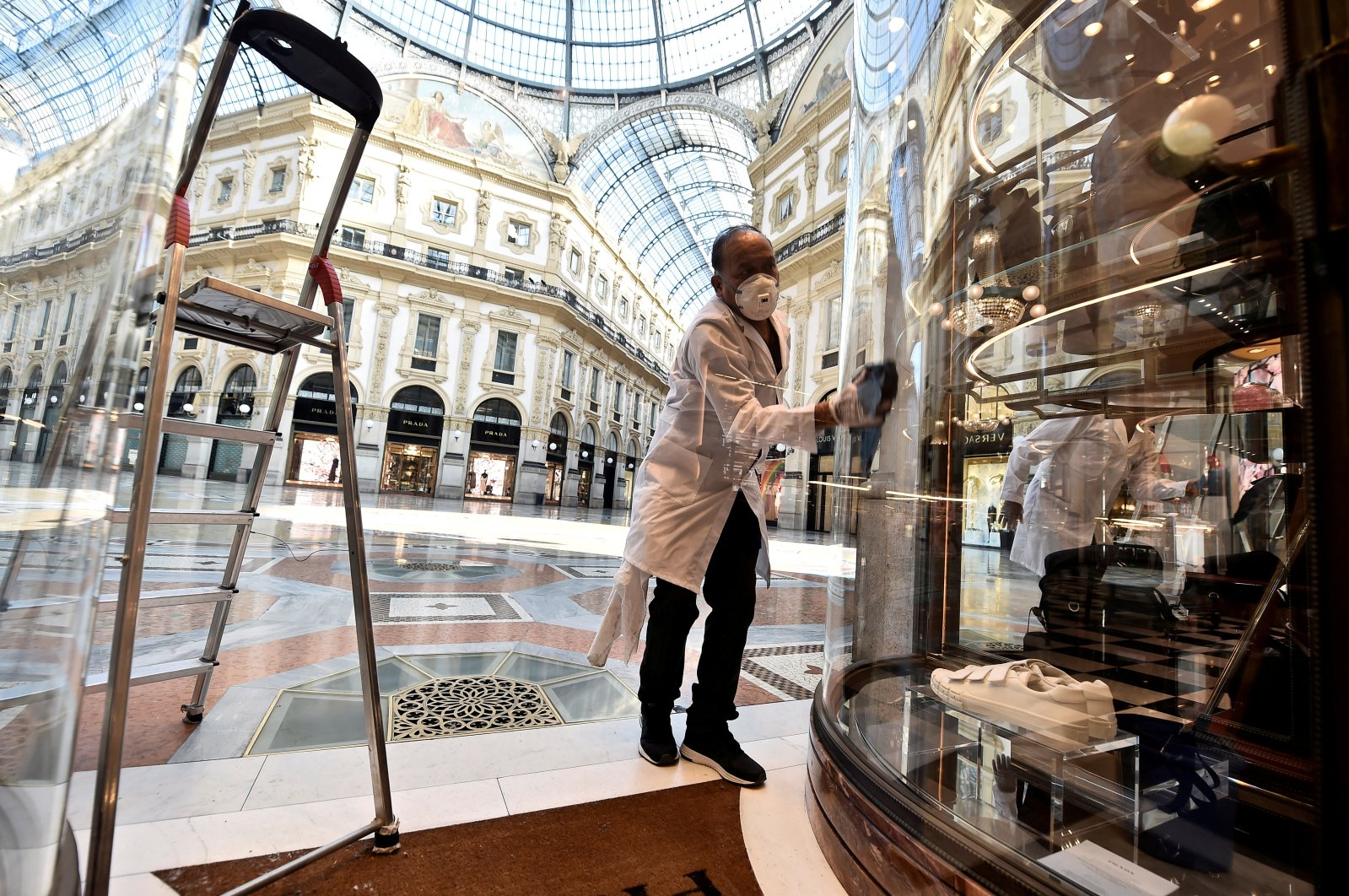 A worker prepares a store on the reopening day at Galleria Vittorio Emanuele II, as Italy eases some of the lockdown measures put in place during the coronavirus outbreak, in Milan, Italy, May 18, 2020. (Reuters Photo)
by REUTERS May 21, 2020 1:42 pm
RECOMMENDED

The devastating impact of the coronavirus on the eurozone economy abated a little this month as some government-imposed lockdown measures introduced to contain the spread of the virus were eased, a survey showed.

Although thousands of cases of the virus – which has infected just over 5 million people and killed more than 327,000 around the world – are still being reported daily, countries such as Germany and France have started to reopen parts of their economies.

Having crashed to what was by far its lowest reading in the survey’s nearly 22-year history last month, IHS Markit’s Flash Composite Purchasing Managers’ Index (PMI), seen as a good gauge of economic health, recovered to 30.5 from April’s 13.6.

But while that was much better than the median expectation of 25.0 in a Reuters poll, it was still a long way below the 50-mark separating growth from contraction.

“The big picture is that the index is consistent with economic activity in the region remaining very depressed even as lockdown measures are being gradually lifted,” said Jessica Hinds at Capital Economics.

A loosening of lockdown measures in Germany helped services and manufacturers in Europe’s largest economy gain some ground but as companies expected demand to remain weak for quite a while, they continued to cut jobs.

It was a similar story in France, the only other eurozone country to report a flash PMI, where the business slump did not ease quite as much as expected.

In Britain, which has reported the highest COVID-19 related death toll in Europe, the economy flattened out a bit this month from its nosedive in April but remains in the grip of a severe contraction.

The index measuring activity in the dominant services sector and in manufacturing rose to 28.9 in May's preliminary PMI from 13.8 in April's final reading.

Eurozone second-quarter gross domestic product (GDP) was likely to fall at an unprecedented rate of around 10% compared with the first quarter, IHS Markit said, marginally less severe than the 11.3% slump predicted in a Reuters poll last week.

However, the rise in the PMI adds to expectations that the downturn should continue to moderate as lockdown restrictions are further lifted heading into the summer.

Still, with citizens largely told to stay home this month, demand remained weak and the new business index came in at a very low 28.4, albeit up from April’s record low of 13.6.

The ongoing slump comes despite the European Central Bank pledging to buy more than 1 trillion euros in assets this year and governments outlining hundreds of billions in spending plans to support businesses and households.

There was an improvement in the battered services sector, which has borne the brunt of lockdown measures. The flash PMI for the bloc’s dominant service industry rose to 28.7 from 12.0, exceeding expectations in a Reuters poll for 25.0.

With lockdowns easing – and infection rates in the region falling – factory purchasing managers were less pessimistic. The manufacturing future output index climbed to 45.0 from 36.6.