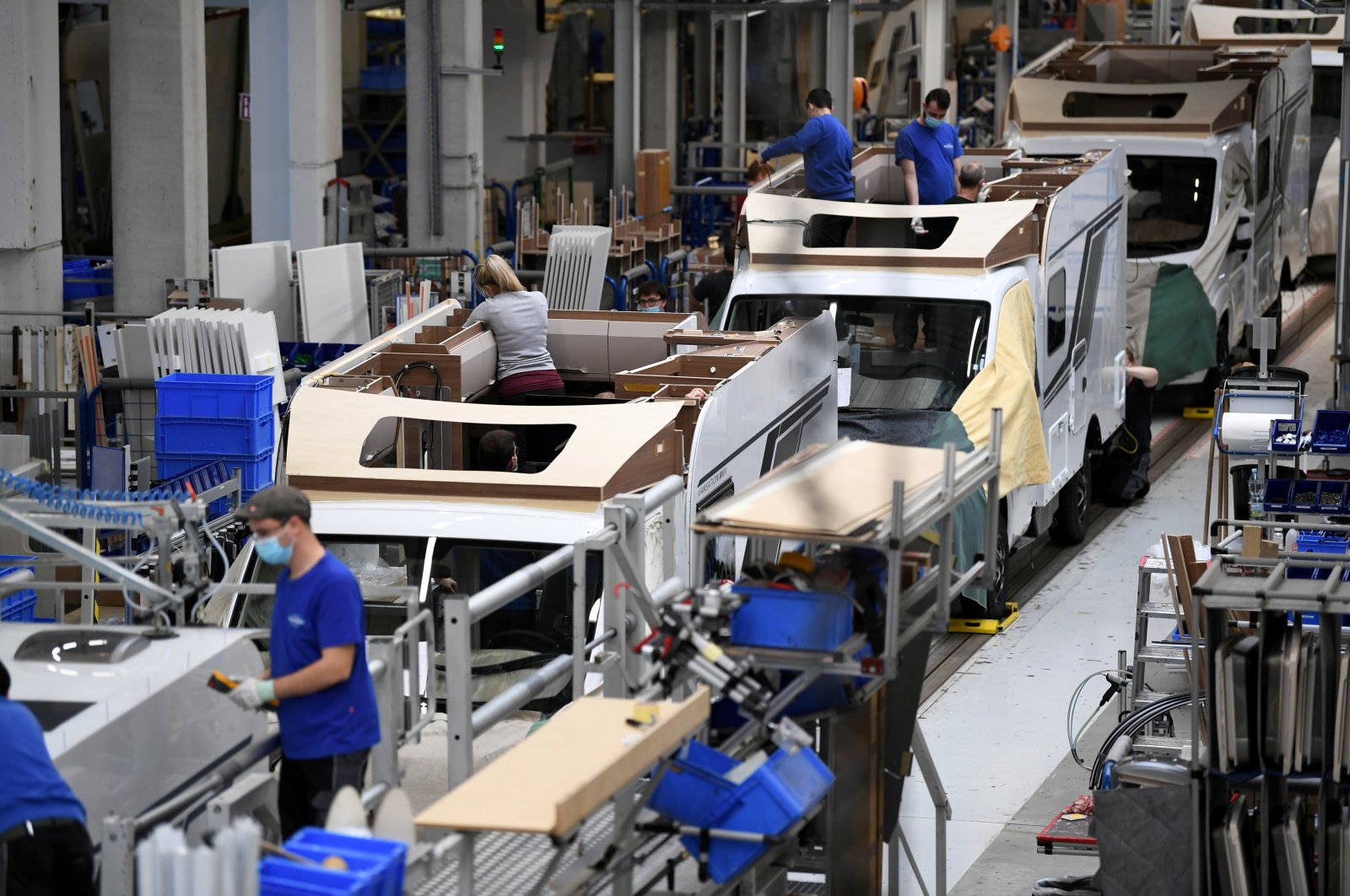 Eurozone economic activity made a surprise return to growth for the first time in six months in March, a closely watched survey said Wednesday. With much of Europe suffering the third wave of coronavirus infections and renewed lockdown measures, that may not last through April.

Factories ramped up output at the fastest monthly pace in over 23 years, countering a continuing slowdown in the currency bloc's dominant services industry, which is far more vulnerable to lockdowns and the region's slow vaccine rollout.

IHS Markit’s flash Purchasing Managers’ Index (PMI), seen as a good indicator of economic health, bounced above the 50 mark separating growth from contraction to 52.5 in March compared to February's 48.8, its highest since late 2018.

Even the most optimistic respondent in a Reuters poll had forecast it would rise to 51, while the median predicted only a modest increase to 49.1.

“March’s rise in the eurozone composite PMI pushed it back above the 50 mark for the first time in six months, but the recent tightening of restrictions in a number of countries suggests that the improvement will not be sustained,” said Jessica Hinds at Capital Economics.

Indicating Europe’s largest economy was so far shrugging off pandemic lockdowns, German factory activity rose to a record high and the services sector expanded after five successive months of contractions.

In France, the second-largest economy of the 19-country eurozone, activity held up better than expected, with manufacturing surging ahead at the fastest pace in more than three years.

A rush of new orders in anticipation of an easing of lockdown restrictions, and Britain's swift roll-out of COVID-19 vaccines, also prompted a much stronger rebound for British companies, which are outside the eurozone and the European Union.

A flash PMI covering the eurozone services industry rose to 48.8 from February’s 45.7, still in contractionary territory but its highest reading since August, and well above the median expectation in a Reuters poll of 46.

A big jump in input costs led services firms to increase their prices for the first time in just over a year. The output prices index climbed to 50.8 from 48.1.

Any sign of increasing price pressures may be welcomed by the European Central Bank, which has struggled to get inflation anywhere near its target, but a Reuters poll earlier this month suggested the pick-up would be short-lived.

Meanwhile, booming demand for manufactured goods helped the flash factory PMI soar to 62.4 from 57.9, comfortably the highest reading since the survey began in June 1997 and well above all forecasts in a Reuters poll that predicted 57.7.

An index measuring output, which feeds into the composite PMI, jumped to a survey high of 63 from 57.6.

The manufacturing upturn was led by a record surge of factory production in Germany, accompanied by the fastest production growth since January 2018 in both France and the region as a whole, IHS Markit noted.

That jump in output came as eurozone factories tried to meet soaring demand, also at a survey high, with the new orders index at 64.2 versus February's 57.8.

“The manufacturing sector seems to be in boom territory at the moment,” said Bert Colijn at ING.

“New orders increased in March, with export orders growing especially quickly, indicating that the eurozone profits from the rest of the world being much more open in this phase of the pandemic.”

Meanwhile, hopes the vaccine program would accelerate and allow a return to some sort of normal life remained elevated. The composite future output index only dipped from February's three-year high of 67 to 66.8.