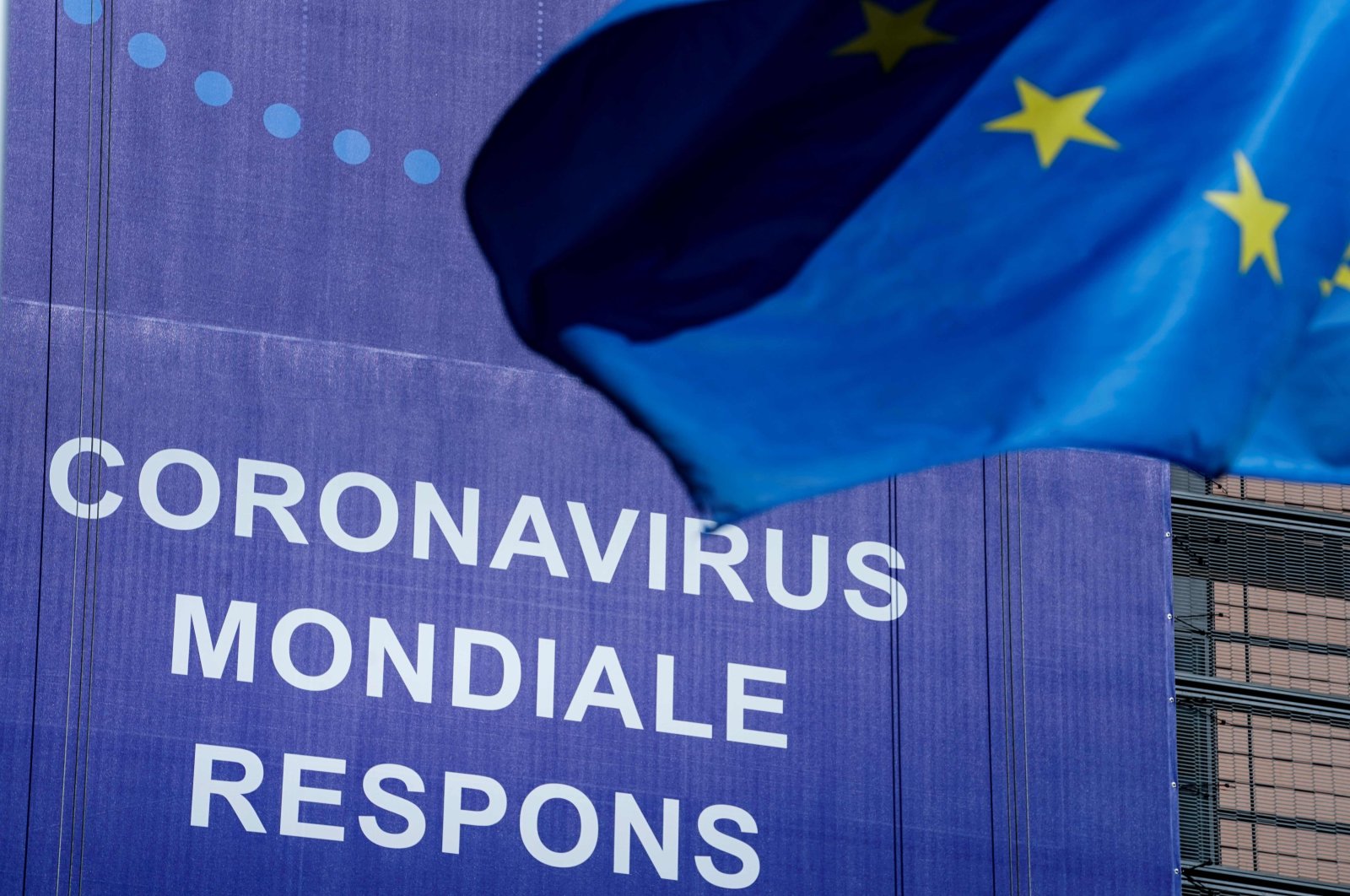 An European Union (EU) flag flutters in front of a newly hung banner that reads "Coronavirus Global Response" in front of The EU Commission building in Brussels, on May 6, 2020. (AFP Photo)
by Agencies May 08, 2020 9:10 pm
RECOMMENDED

The plan will be run by the eurozone's rescue fund, the European Stability Mechanism, and is the first major step in the EU's joint efforts to lift the bloc's economy which is projected to contract by 7.7% this year.

The ESM rescued Greece's national bankruptcy after the 2008 financial crisis. Its aid programs are usually linked to tough conditions for fiscal tightening, overseen by outside monitors.

But, under the agreement announced in a joint statement, the EU executive will waive the usual tight supervision as long as spending remains linked to fighting the pandemic.

The agreement now has to be approved by some member states' parliaments, including the Bundestag in Germany.

Under the deal, every country in the 19-member single currency union can take low-interest loans amounting to as much as 2% of its economic output.

In the case of Italy and Spain, which were particularly hard hit by the coronavirus pandemic, this would be 36 billion euros and 25 billion euros respectively.

The 27 ministers from the European Union have meanwhile been struggling to agree on a more long-term rescue fund that would relaunch the economy and spread public spending more fairly throughout the continent.

The issue has caused bitterness between the EU's richer north and the more indebted south, with northerners led by the Netherlands accusing partners such as Italy or Spain of chronic overspending.

Eurogroup chief Mario Centeno insisted on Friday that an ambitious plan was crucial to ensure that economic recovery was felt equally across the continent.

"Not all countries have the same firepower, and we need to secure a level playing field," said Centeno, who is also Portugal's finance minister.

France has submitted its proposal for the fund that would involve joint borrowing by EU nations, but this is expected to be rejected by the so-called frugal northerners, including Germany.

Dutch Finance Minister Wopke Hoekstra insisted that the EU should take its time in coming up with a plan and that finding out what was needed is the priority.

How the plan will be funded is "secondary", he told reporters after the talks. "The most important thing here is to have a thorough discussion on what is needed, and how to structure it."

The European Commission – the EU's Brussels-based executive – was originally slated to come up with a plan linked to the bloc's budget on May 6, but this has been delayed for a few weeks at least.

Meanwhile, the European Commission on Friday adopted rules allowing EU governments to help virus-hit companies by acquiring stakes in the firms, which will be subjected to a ban on dividends, share buybacks, bonuses, and acquisitions.