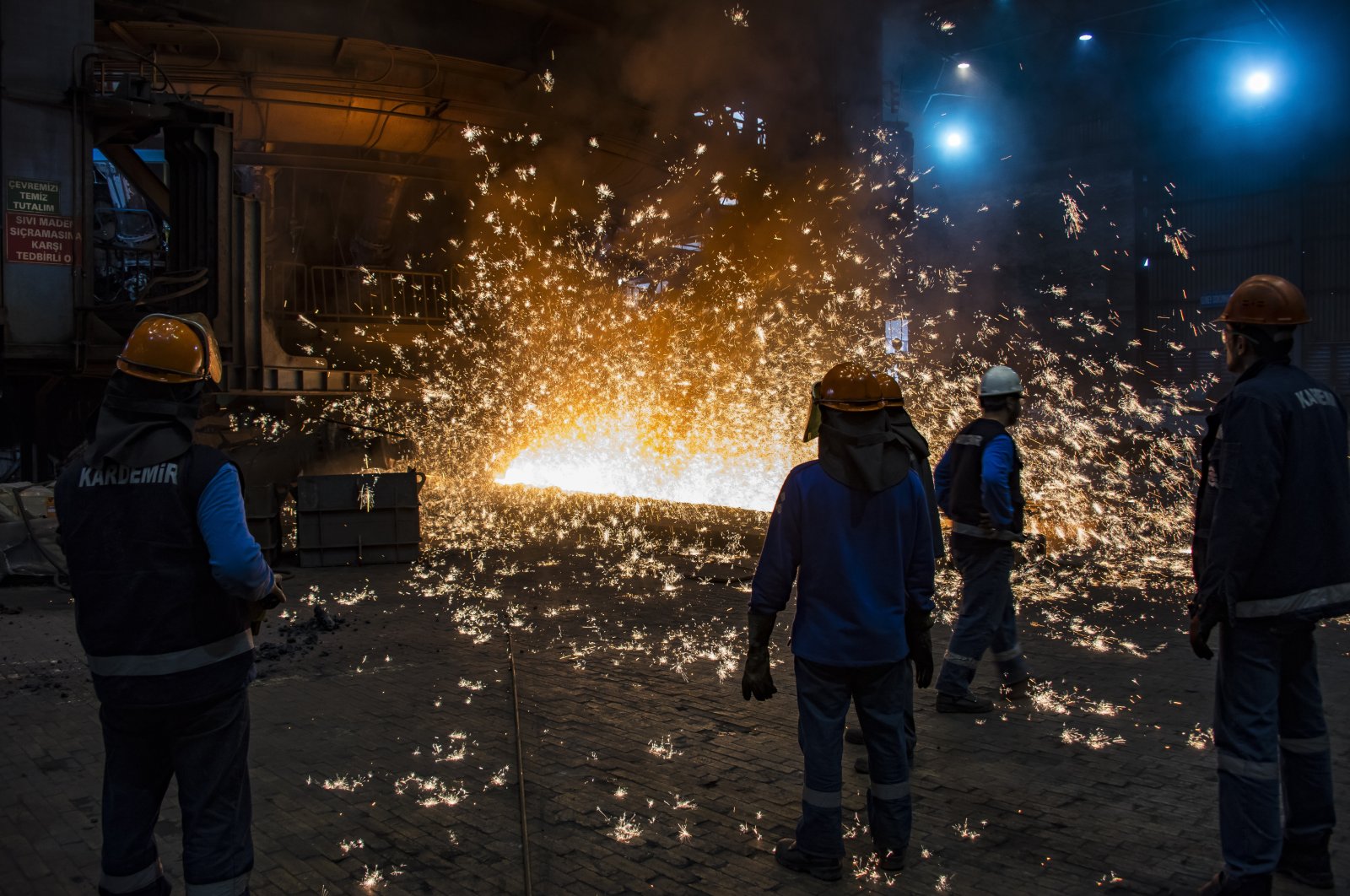 Workers are seen at the factory of iron and steel producer Kardemir in the province of Karabük, northern Turkey, Sept. 29, 2020. (AA Photo)
by DAILY SABAH WITH AGENCIES Jan 07, 2021 2:27 pm
RECOMMENDED

The European Union will impose tariffs from Friday on hot-rolled iron and steel products from Turkey based on an ongoing investigation into dumping.

The duties will range from 4.8% to 7.6% and affect Turkish companies Erdemir, Isdemir, Çolakoğlu Metalurji and Habaş, according to the text of the EU official journal published on Thursday.

The complaint shows that EU steel consumption was 4% lower in 2019 than in 2016, while Turkish exporters increased their market share to 8.1% from 2.8%, partly due to EU measures against other steel exporters such as China and Brazil.

While Turkish prices rose overall, they were still consistently less than the prices of EU producers, the investigation showed.

Turkey exported some $3 billion (TL 21.94 billion) of hot-rolled steel to the EU in 2020, according to Uğur Dalbeler, deputy chairperson of Turkey’s Steel Exporters’ Association.

Dalbeler stressed they were expecting such an action, which he said was political.

“These decisions have not been based on any fact and have been taken only on political grounds because the steel producers in Europe have been putting tremendous pressure in Brussels for a long time,” Dalbeler told the private broadcaster, Bloomberg HT, Thursday.

He stressed they would continue their fight on all platforms.

The duties will apply for six months, by which point the investigation should have concluded. The EU will collect these provisional taxes if its investigation confirms dumping, it said.

The probe, launched in May, followed a complaint from the European steelmakers association Eurofer. There is also an ongoing parallel anti-subsidy investigation into the same product from Turkey. It also concludes in July.

The association in March last year filed a complaint with the European Commission, alleging that goods were exported from Turkey at dumped prices.

Turkish steel products are already subject to an EU quota.

“The steel sector is already not able to work with high-profit margins. Now being subject to this duty will push us off course in terms of competition in Europe,” Dalbeler told Reuters Thursday.

Turkey was the top source of finished steel product imports into the EU in 2018, with a surge of 65% to 6.17 million tons from the previous year.

The EU put in place safeguards in 2018 to control incoming steel to protect European manufacturers after Washington’s imposition of 25% steel tariffs closed the U.S. market to many exporters.

Turkey launched a legal challenge at the World Trade Organization (WTO) against the EU tariffs on steel imports. In late August 2020, WTO members agreed to establish a dispute panel to review Turkey’s complaint.

In her meeting with Valdis Dombrovskis, the EU trade commissioner and European Commission vice president, in December 2020, Trade Minister Ruhsar Pekcan raised Ankara’s concerns and expectations regarding the EU’s measures on steel products, noting that Turkey is the country most negatively affected.

She demanded that the measures be reviewed under the agreements between the two sides and the spirit of partnership.