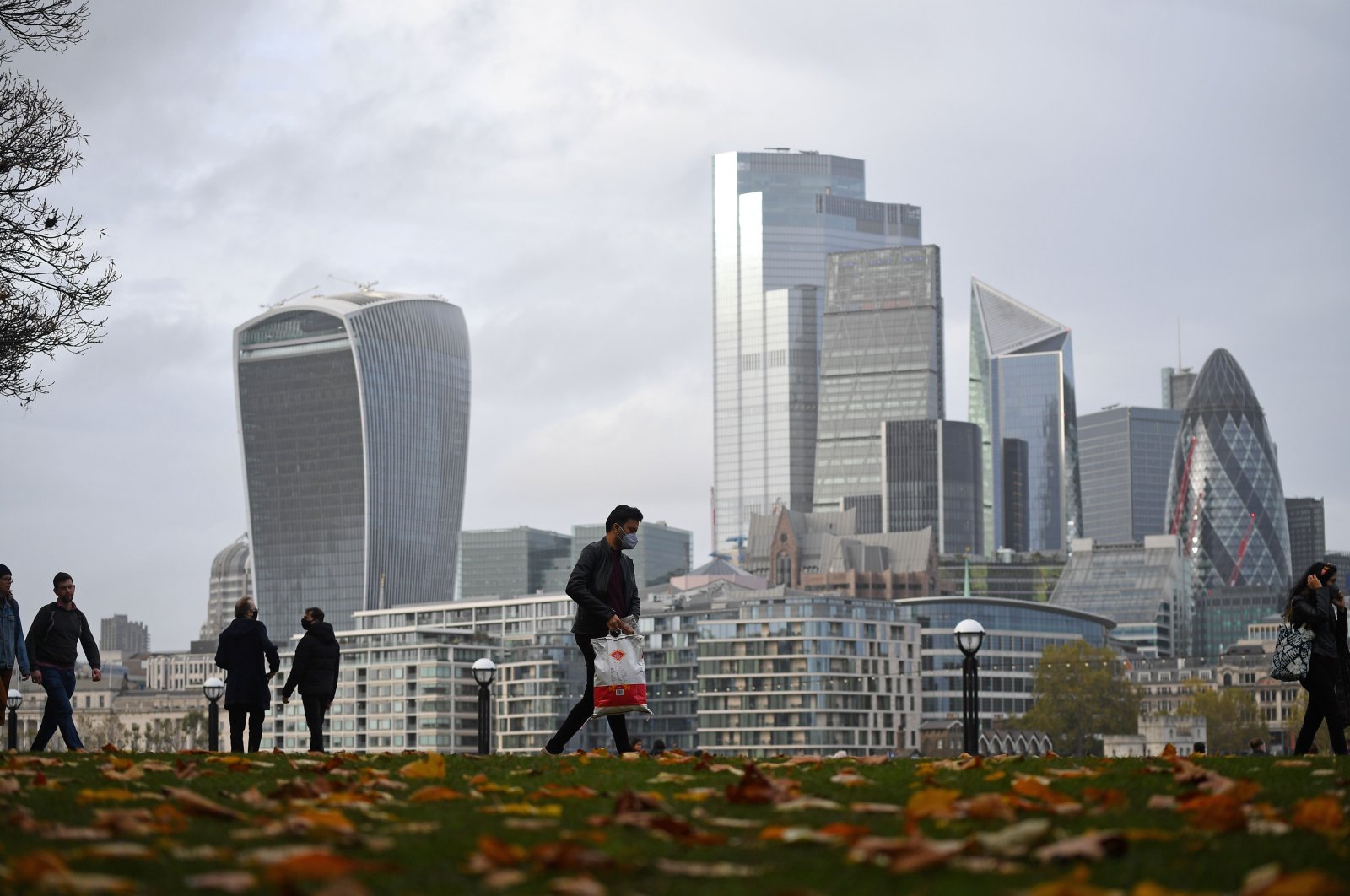 The Bank of England (BoE) on Thursday increased its already huge bond-buying stimulus by a bigger-than-expected 150 billion pounds ($195 billion) as it prepared for economic damage from new coronavirus lockdowns and the looming risk of Brexit.

The BoE raised the size of its asset-purchase program to 895 billion pounds, 50 billion pounds more than expected by most economists in a Reuters poll.

The central bank said that would give it enough firepower to stretch its buying of government bonds through to the end of 2021.

In a statement, the bank's rate-setting panel said its challenge is to respond to the economic and financial impact of the resurgence of the coronavirus, which has led to widespread restrictions across the U.K.

A four-week lockdown began Thursday in the country that will keep closed all shops selling items deemed to be non-essential, such as books and clothes. The other nations of the U.K. – Scotland, Wales and Northern Ireland – have also announced wide-ranging restrictions on economic activity.

The latest restrictions will batter an economy that had been just recovering from the sharp recession caused by the spring lockdown.

The bank also cut its forecasts for Britain's economy, which it now expects to exceed its size before the COVID-19 pandemic only in the first quarter of 2022. Previously, the BoE had expected the recovery to be complete by the end of next year.

"The outlook for the economy remains unusually uncertain," the BoE said.

"It depends on the evolution of the pandemic and measures taken to protect public health, as well as the nature of, and transition to, the new trading arrangements between the European Union and the United Kingdom."

The BoE kept its benchmark Bank Rate at 0.1%, as expected in the poll, while it looks into the feasibility of taking borrowing costs below zero for the first time.

There was almost no mention of negative rates by the BoE in the minutes of its meeting and its quarterly outlook report Thursday.

Sterling rose against the dollar and the euro after the announcements.

It predicted Britain's economy would shrink by 2% during the fourth quarter of this year, as England reenters lockdown, and fall by 11% in 2020, more severe than the 9.5% contraction it forecast in August.

Gross Domestic Product (GDP) is likely to fall 1% in the first quarter of next year, limiting recovery from the fourth-quarter lockdown. The economy is likely to grow by 7.25% in 2021, weaker than a previous forecast of 9%.

The nine-member Monetary Policy Committee also welcomed the decision by the government to extend the salary support program that has been in place since March while the new lockdowns persist.

The panel said the extension of the Job Retention Scheme, which sees the government paying 80% of the salaries of workers retained by firms rather than made redundant, should "mitigate significantly" the impact of weaker economic activity on the labor market.

Still, it warned that unemployment will inevitably rise over the months ahead and that the jobless rate is expected to rise from the current 4.5% to a peak of 7.75% in the second quarter of next year.

But its two-year inflation forecast remained unchanged at 2%, the central bank's target.

"Our view is that inflation will be closer to 1.5% by the end of 2022. That's why we believe the Bank will still have to increase its policy support," Ruth Gregory, an economist at Capital Economics, said.

Britain's economy has been supported by a surge in debt-fueled spending by the government. The BoE is buying up many of those bonds.

Finance minister Rishi Sunak on Thursday said that he approved the BoE's expansion of its asset purchase program to buy more government debt, and reiterated that he was taking steps to support jobs.

"Our policy support is adapting to the course of the virus and the needs of the economy, through the extension of the Coronavirus Job Retention Scheme (CJRS) and business loan schemes," Sunak said.

He is due to speak in parliament later on Thursday about his huge support for the economy.

Despite the spending, Britain faces the worst peak-to-trough contraction of any Group of 20 economies, Moody's said on Oct. 16 when it cut Britain's credit rating.

That was before Prime Minister Boris Johnson announced a month-long "stay-at-home" lockdown for England that came into force on Thursday.

Britain also faces the risk of a trade shock when its post-Brexit transition with the European Union expires on Dec. 31.

Though the U.K. left the bloc on Jan. 31, the transition period sees it remain within the EU's tariff-free single market and customs union until the end of this year.

A trade deal would ensure there are no tariffs and quotas on trade in goods between the two sides but there would still be technical costs, partly associated with customs checks and non-tariff barriers on services.

So far, London and Brussels have failed to strike a new agreement. The BoE's Monetary Policy Committee said trade would suffer even if there is a deal.

"There is uncertainty around the extent to which the initial adjustment to new trading arrangements with the EU will affect activity," the BoE said.

"The MPC's projections are also conditioned on the assumption that cross-border trade falls temporarily in the first half of 2021 as businesses adjust to the new trading arrangements with the EU."