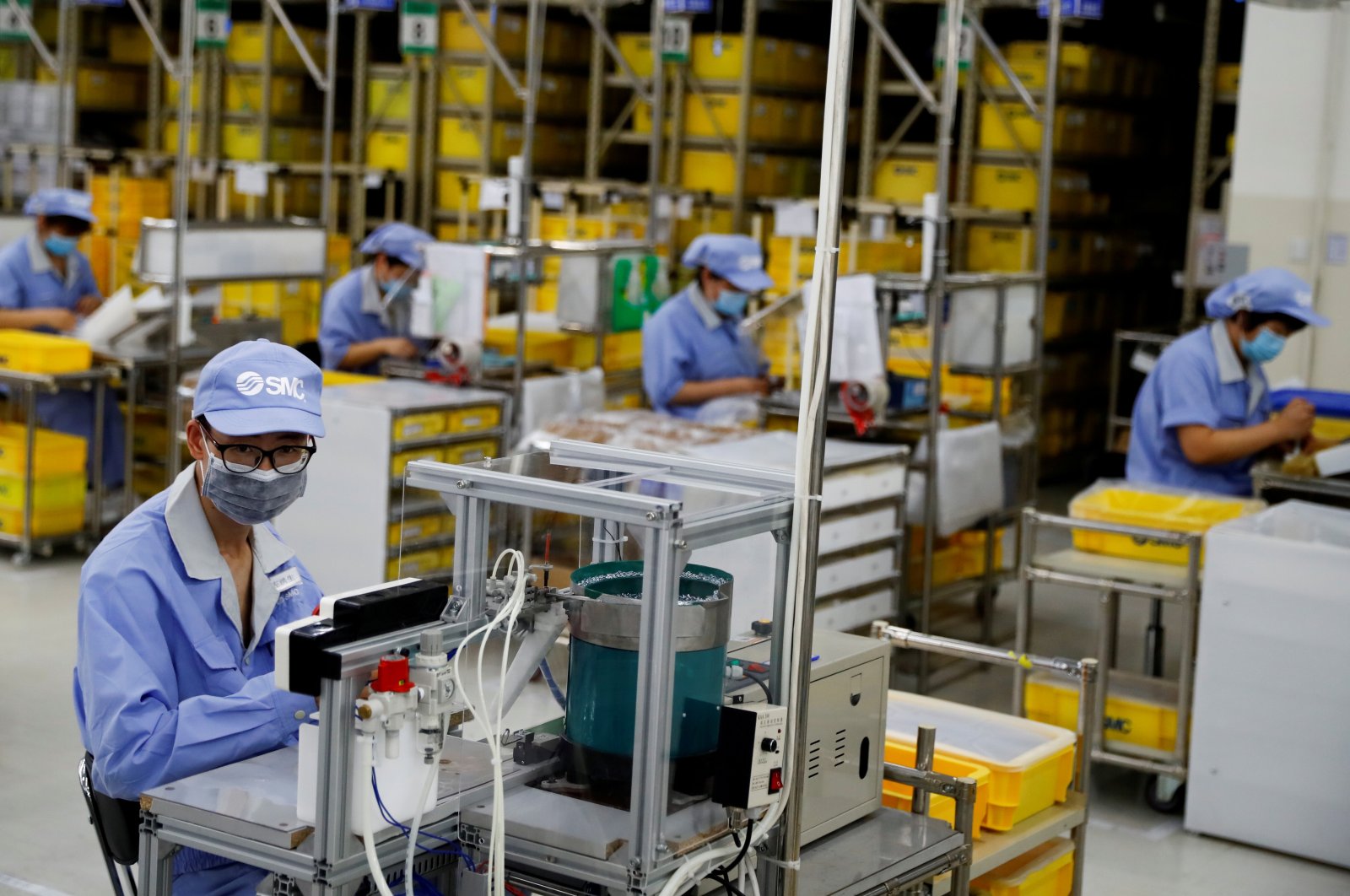 Manufacturers across Europe ended 2020 on a high while Asian factory activity expanded moderately thanks to robust demand in regional giant China, surveys showed, but the prospect of tougher coronavirus curbs clouded the outlook for the recovery.

Despite hopes that vaccination programs being rolled out will eventually quell the virus, a resurgence of infections is forcing many countries to reimpose strict controls on economic activity, possibly hurting large exporters such as China and Germany.

“Global manufacturing was still on a roll until the middle of December which is a very good basis for an economic rebound once the current wave of the pandemic subsides,” said Holger Schmieding at Berenberg.

“We may have a modest setback in January as renewed lockdowns affect manufacturing, but with China remaining fairly strong and the U.S. not showing significant signs of a consumer slowdown the outlook for manufacturing is still good," he said.

Activity in eurozone manufacturing increased at its fastest pace since mid-2018 last month, suggesting the bloc's economy was less hard hit by the pandemic than earlier in the year.

IHS Markit’s final eurozone Manufacturing Purchasing Managers’ Index (PMI) rose to 55.2 in December from November’s 53.8, although that was below the initial 55.5 “flash” estimate.

Anything above 50 indicates growth, and December was the highest reading since May 2018. An index measuring output, which feeds into a composite PMI due Wednesday that is seen as a good guide to economic health, rose to 56.3 from 55.3.

Germany was again the bloc’s driving force and, in contrast to the dominant service industry – which has been particularly badly impacted by lockdown measures to tackle the coronavirus – factories in the region have mostly remained open.

Britain’s PMI bounced to a three-year high of 57.5, but that surge was likely in large part due to factories rushing to complete orders before the U.K.'s transition period on its way to leaving the European Union ended.

Prime Minister Boris Johnson reached an eleventh-hour deal with the EU on Dec. 24, averting tariffs on goods trade with the EU. However, trade between the two economic areas will still face significant extra paperwork.

World stock markets hit record highs Monday, the first trading day of the new year, as investors hoped the rollout of vaccines would ultimately lift a global economy decimated by the COVID-19 pandemic.

“A potentially fast rebound in services and the ongoing strength in manufacturing means come spring, when hopefully the pandemic will fade, we are heading for a strong bounce in GDP,” Berenberg’s Schmieding said.

Manufacturing activity expanded in Japan, South Korea and Taiwan, according to PMI surveys, the latest indication manufacturers in Asia continue to bounce back from the damage caused by the pandemic.

But a slowdown in China's factory activity growth underscored the challenges. China’s Caixin/Markit PMI fell in December to 53.0 – its lowest level in three months – but stayed well above the 50 level.

“External demand was likely impacted by the continued global spread of COVID-19 and reimplementation of lockdowns,” HSBC’s China economist Erin Xin said in a research note.

The reading, lower than November’s 54.9, fell roughly in line with the official gauge of factory activity that showed activity moderating at a high level.

Elsewhere, output stabilized in Japan for the first time in two years, while India’s factory sector ended a rough 2020 on a stronger note as manufacturers boosted production to meet rising demand.