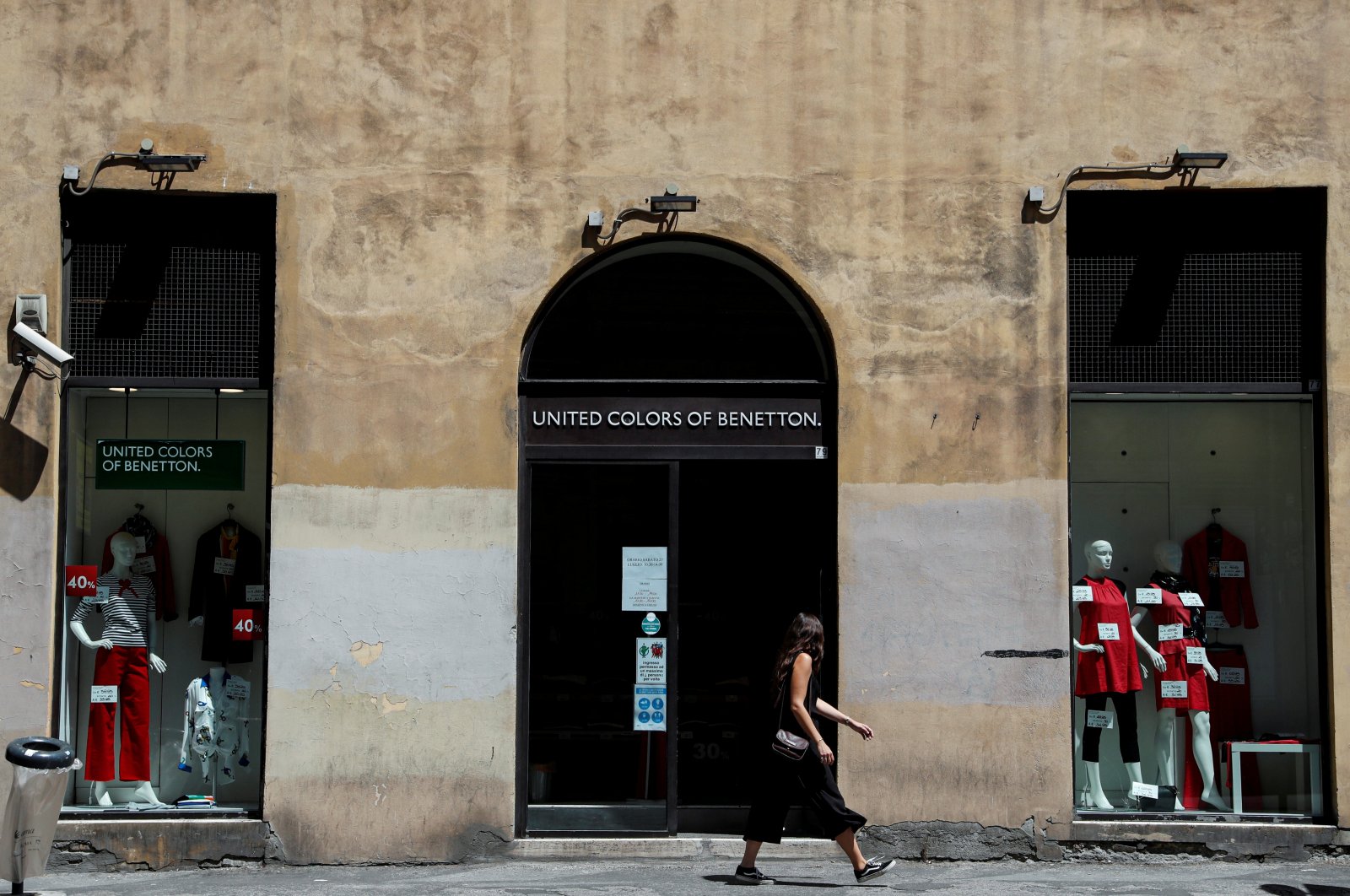 Fashion brands like Benetton are increasingly turning away from globe-spanning supply chains and low-cost manufacturing hubs in Asia, in a shift that could prove a lasting legacy of the coronavirus pandemic.

Italy's Benetton is bringing production closer to home, boosting manufacturing in Turkey, Serbia, Croatia, Tunisia and Egypt, with the aim of halving production in Asia from the end of 2022, Chief Executive Massimo Renon told Reuters Thursday.

Renon gave an insight into the economics driving a trend affecting much of the industry as strained supply lines have driven up shipping costs and times, undermining a business model that's proved popular for the past 30 years.

"It's a strategic decision to have more control on the production process and also on transport costs," he said, adding the group had already shifted more than 10% of output out of countries like Bangladesh, Vietnam, China and India this year.

The tenfold jump in sea freight costs has been driven by a scarcity of available vessels, as many were idled during the pandemic, coupled with rebounding consumer demand, said Renon, whose company makes most of its sales in Europe but has shifted production to lower-wage countries since the early 2000s.

This shipping quandary is roiling several companies in the clothes, and wider consumer, industry. Hugo Boss is also looking to bring manufacturing operations closer to its markets, for example, while more immediately Lululemon, Gap and Kohl's say they'll rely more heavily on far costlier air freight to avoid running out of stock during the holiday season.

Renon, who took the helm of Benetton last year, faces the task of reviving the fortunes of the company which made its name in the 1980s with its signature bold colors.

He said that even if production costs remained 20% lower in Vietnam and Bangladesh versus Mediterranean countries, that benefit was offset by longer lead times sparked by supply snags.

"From an average lead time of 4-5 months, today we can reach 7-8 months (from Asia) given the lack of ships."

By contrast, when clothes are produced in Egypt, delivery to warehouses and stores in Europe can be shortened to two or 2-1/2 months, Renon said. In the case of wool garments, which it produces in Serbia and Croatia, it can take just four to five weeks, he added.

In those two countries, as well as in Tunisia, Benetton plans to ramp up production at its own sites, while in Egypt and Turkey it is working with suppliers.

Strategies vary across the clothes industry, though. Market leader and fast-fashion pioneer Inditex, owner of Zara, bases 53% of its production relatively nearby – in its home market Spain, Portugal, Morocco and Turkey, according to its 2020 annual report.

By comparison, its main competitor H&M relies on Asia for about 70% of its production, according to analysts. Critics of this approach say it puts the company at a disadvantage to nimbler rivals in terms of getting new fashions into stores.

For those players who decide to move manufacturing closer to their markets, or "nearshoring," the investments involved mean there is unlikely to be any reversal in the near future.

Advisory firm AlixPartners said the shift toward more regional or even national supply chains was here to stay.

"The more global supply chains are, the more things can and will go wrong," it said in its report on the disruption caused by COVID-19.

New Hugo Boss CEO Daniel Grieder said this month that he expected to produce more goods closer to where they were sold in the future. He added that the company has its own manufacturing facility in Turkey, produced parts of shoes in Italy, and made-to-measure suits at its headquarters in Metzingen, Germany.

"We will expand this (nearshoring) considerably. Then we can also react faster to trends and more flexibly to bottlenecks. That is a real competitive advantage," he told Manager Magazin.

Looking to the skies

In some countries like Vietnam, factory closures have added to the pressure. Nike, which makes about half of its footwear there, cut sales expectations last week and warned of delays during the holiday shopping season.

Lululemon said this month it was working on shifting production out of Vietnam wherever possible, increasing the use of air freight and prioritizing production for key fall holiday styles to mitigate its supply chain woes.

Gap says it is also investing in air freight as it deals with delayed inventory deliveries due to shipping congestion and pandemic-led factory closures in countries it sources from.

It's not cheap, though; shipping an entire ocean container load of goods by air is over eight times more expensive, while for smaller shipments it is about five to six times costlier than current ocean freight rates, said Judah Levine, head of research at global freight booking platform Freightos.

Retailers are mainly looking to use the air option for smaller and higher-margin products such as apparel, computers and accessories and smaller household goods, data from research firm Cargo Facts showed.

There are also other factors at play in the nascent industry drift from Asia.

Even before COVID-19, rising labor costs in the region were chipping away at its low-cost luster for Western brands.

Real wage growth across the world rose between 1.6% and 2.2% in the four years preceding the pandemic, with the growth in the Asia-Pacific and Eastern Europe regions outstripping those in the rest of Europe and North America, according to the International Labour Organization's Global Wage Report 2020/21

"The cost gap has narrowed significantly," said Lorenzo Novella, a director at AlixPartners in Milan specializing in the retail sector, adding that high turnover among factory workers in China also made the level of service there less reliable.

"The race amid apparel companies for rock bottom prices today seems to be secondary. Consumers are more quality-conscious, and want their garments to last longer," he said.

For family-owned Benetton, based in Italy's northeastern Veneto region, the production shift is part of a drive to return to profitability. The chain, which counts around 4,000 shops of which 1,500 are directly owned and the others operated by a franchise, has posted an annual loss for the past eight years.

Attempts at turning it around have been hampered by the pandemic, even though Renon said the group was confident it could have a "very good Christmas" and get back in the black soon.