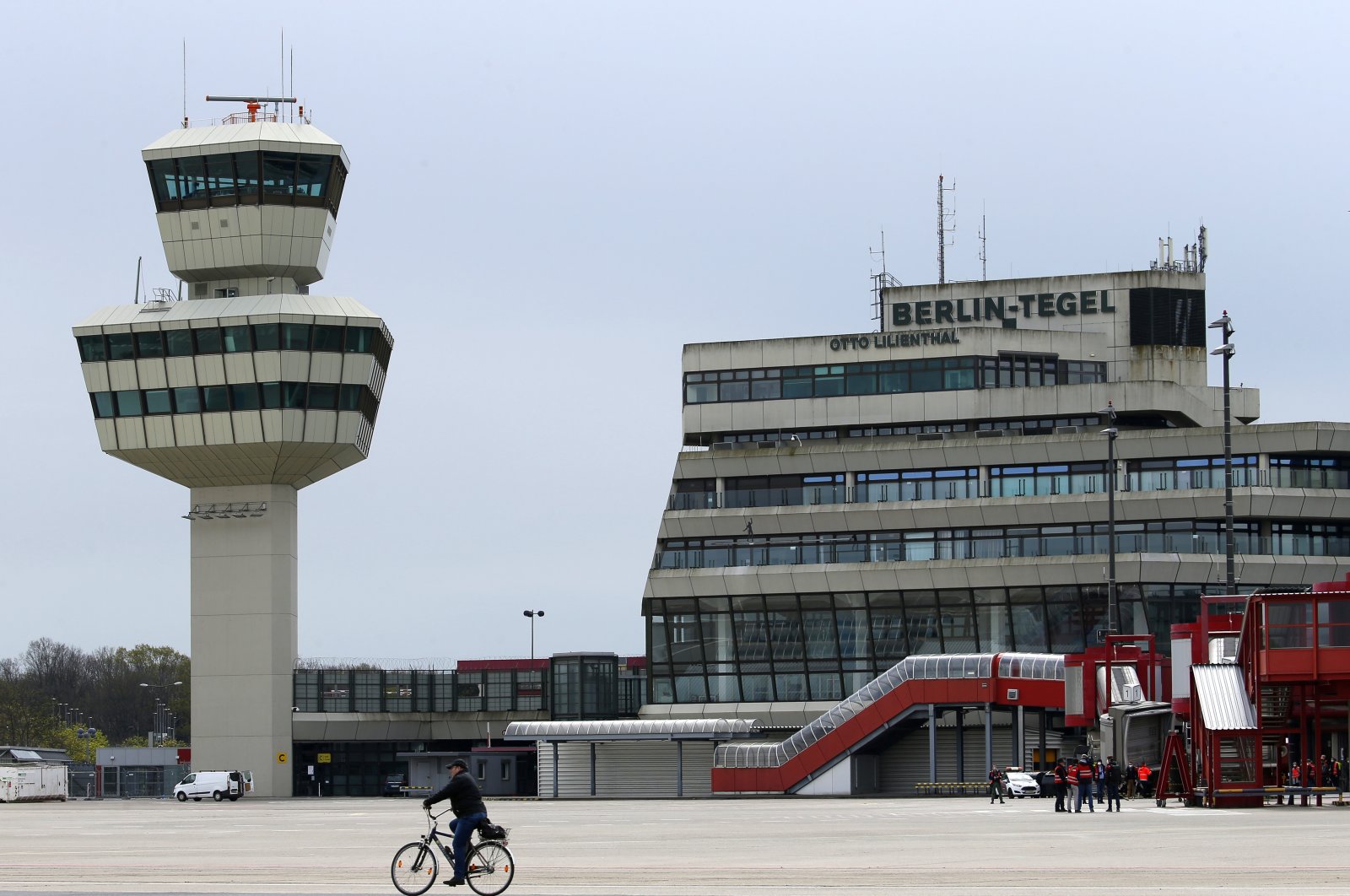 A general view of the main building and the control tower from the tarmac during the media tour at the former Berlin Tegel airport as the city's authorities are planning to build there more than 5,000 apartments, in Berlin, Germany, May 4, 2021. (Reuters Photo)
by Agencies May 10, 2021 2:38 pm
RECOMMENDED

If Sweden's government gets its way, Bromma airport on the western edge of Stockholm will shut down and be used to build around 30,000 new homes, helping to ease a housing shortage that has sent prices in the capital soaring.

Sweden is not alone in seeking innovative ways to boost the supply of housing and, ultimately, reduce a build-up of mortgage debt that threatens the wider economy.

In many big European cities, prices have been rising for decades, pushed higher by a cocktail of low interest rates, land shortages and construction that cannot keep pace with demand.

At Berlin's former Tegel airport, closed in November last year, the city's authorities are planning to build more than 5,000 apartments. Politicians are also looking at whether they can build social housing at the former Tempelhof airport in the heart of the city.

"In the medium term, we need some 200,000 additional apartments," Berlin Housing Senator Sebastian Scheel said, adding that half of those apartments should be built by the public sector and subsidized under social housing rules.

Despite the deep effects of the pandemic on Europe's economies, prompting comparisons with the 2008 financial crisis, property price rises have picked up speed over the last year.

Demand from stay-at-home workers desperate for space for an office has contributed to the price surge, while unprecedented fiscal and monetary stimulus aimed at keeping economies afloat has poured more fuel on the fire.

"What we were expecting to see was much the same as 2008 – that prices would drop," Kate Everett-Allan, Head of International Residential Research at property consultancy Knight Frank, said.

"We had no idea the extent to which governments were going to support the market."

In Berlin, prices are up 11% over the last year, the Global Property Guide, a residential property research site, showed.

With Germany's federal election looming in September, politicians are scrambling to show voters they can solve the crisis, promising a mix of new social housing, more building land and tighter federal rules against excessive rent increases. But a quick fix is unlikely.

Stockholm, Luxembourg, Moscow and Bratislava have all seen double-digit rises over the last 12 months, though in a small number of cities, like Madrid, prices have fallen.

Swiss bank UBS highlights Munich, Frankfurt, Amsterdam, Paris and Zurich as cities at risk of a property bubble. Four of the twelve European cities in UBS's Global Real Estate Bubble Index are over-valued – including Stockholm – and only in Warsaw, Milan and Madrid were property prices reasonable.

"In the short term, the only solution is (for people) ... to borrow more and more and more and that is a worry not only for individuals but for society as a whole," Swedish central bank Governor Stefan Ingves said.

This week, Finland's central bank warned about levels of household debt, echoing concerns at Sweden's Riksbank and many other European authorities over the threat to the financial system.

Household debt levels in the Nordics are amongst the highest in the world in relation to disposable income, based on OECD data.

Not in my back yard

Finding new places to build to increase supply is not easy.

At Bromma Airport traffic levels have collapsed during the pandemic but Arlanda – Stockholm's main airport – may not have to capacity to cope if flights are transferred there.

Sweden's Moderate Party, the biggest opposition party, says it will rip up any deal to close Bromma if it wins an election next year unless an expansion of Arlanda goes ahead.

In Berlin, a referendum in 2014 rejected building on Tempelhof and a new referendum would be needed to reverse that decision.

In Britain, the government announced plans in April to convert empty offices into homes as part of a recovery plan from the COVID-19 pandemic, with a goal of creating 1,500 new homes by 2030.

Earlier this year, it introduced new laws to make it easier to convert disused shops into homes.

Even if these schemes go ahead, however, they will barely dent demand.

Sweden's Housing Board, for example, reckons the capital would need development the size of Bromma Airport each year this decade to make up for the housing shortfall. Analysts say more comprehensive structural changes are needed to bring the housing market into balance.

There is widespread agreement that Sweden's mortgage tax relief should be gradually reduced and the highly-regulated rental market freed up. Building and planning rules should be eased, among other things.

But many politicians see meddling with housing policy as a sure vote loser and few are brave enough to upset the status quo.

Earlier this week, Swedish Prime Minister Stefan Lofven rejected reintroducing a property tax – scrapped in 2008 by the then right-of-center government and seen as a key element in getting soaring house prices under control. He faces a tight election next year.

In the short term, many economists are looking to central banks to play the party-pooper, tightening policy to make it more expensive to borrow.

In New Zealand, for example, housing prices have been added to the remit of the central bank because of concerns about the country's property market.

The European Central Bank (ECB) has acknowledged localized bubbles, but it argues that there is no systemic overvaluation in housing.

It has also called on local regulators to act on bubbles as the euro zone's one-size-fits-all monetary policy, designed to control inflation, is too blunt a tool to deal with local issues.

With the pandemic still raging, rate-setters argue a cure for Europe's housing ills based on higher rates would be worse than the disease.

"We would, simply put, probably kill the recovery that we are seeing in the Swedish economy, before it has really got going," Swedish central bank Deputy Governor Anna Breman said in April.