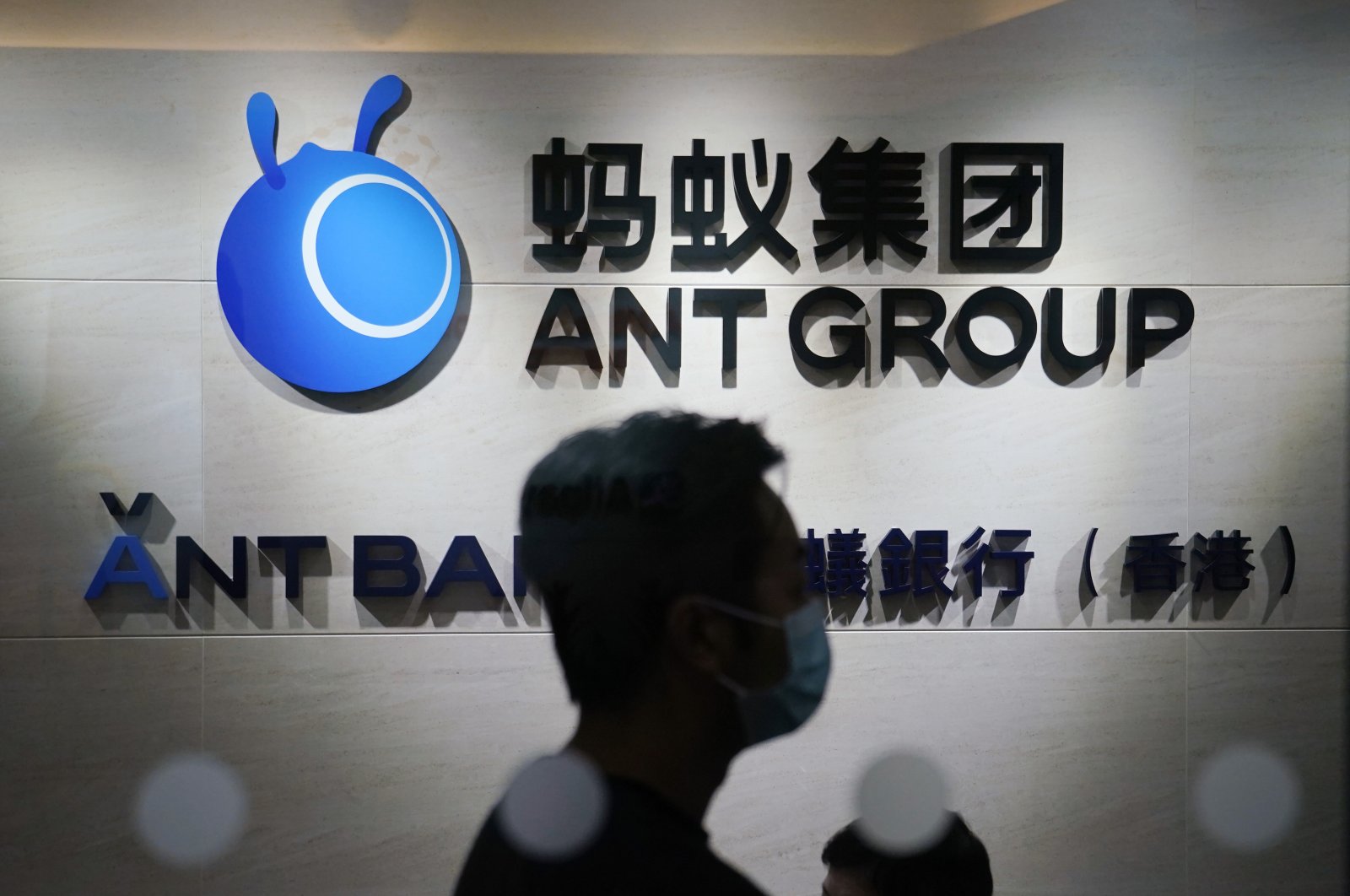 China’s Ant Group, about to make the biggest public sale of shares ever, poses a basic conundrum: What kind of company is it – a financial colossus or a tech giant?

That is important for investors before and after the initial public offering of $34.4 billion, surpassing Saudi Aramco’s record $29.4 billion float last year. Shares are expected to start trading on Thursday in Shanghai and Hong Kong.

A spinoff from billionaire Jack Ma's Alibaba Group, Ant presents itself as a technology company, while financial regulators suggest the firm remains under their purview.

The Hangzhou-based giant benefits from the far richer valuations the market affords to tech firms than to financial institutions. It hopes to escape the closer scrutiny of financial regulators, analysts say.

One rule would require firms like Ant to shoulder default risks together with banks while limiting leverage and lending amounts – all approaches used to regulate banks. An Ant spokeswoman said the company would "implement the meeting opinions in depth."

Ant launched in 2004 as Alibaba's payments processor. Its core Alipay app has more than 730 million monthly users in China.

It has also built an empire connecting China's borrowers and lenders, securing short-term loans within minutes. It has branched out, using artificial intelligence and other sophisticated techniques to facilitate not just payments and loans but products from insurance to wealth management.

This means Ant says, it is chiefly a technology vendor for financial institutions. Ma has called it a "techfin" rather than a "fintech" outfit.

Skeptics find this argument unconvincing. They say financial regulators are unlikely to turn down the heat on a company that only this year changed its name from Ant Financial.

‘Tech in our DNA’

Tech teams, not finance bankers, at most of Ant's underwriter banks are leading the IPO, people with knowledge of the matter told Reuters. They have secured tech-style pricing.

The dual listing values Ant at $312 billion, or 31.4 times its forecast 2021 net profit, in the same ballpark as Alibaba, trading at 27.6 times forward earnings and New York-listed peer PayPal at a 45 multiple.

Some investors think Ant should be valued at up to $400 billion or more in the IPO, two sources said.

Compare that with, say, Industrial and Commercial Bank of China, the world’s biggest bank by assets, at a multiple around six.

Two or three years ago, Ant began its fin-to-tech shift as Chinese regulators heightened scrutiny to control financial risks in the system. Last year the company for the first time made most of its revenue from fees generated by its digital finance technology platform.

Ant executives regularly stress that technology is in the firm's DNA. "Since our inception over 16 years ago, digital technology has been part and parcel of everything we do," CEO Simon Hu said recently.

More than 60% of Ant's employees are engineers and programmers, its prospectus says. It provides high-tech risk analysis but leaves lending decisions to the banks, two sources said. And unlike banks, which traditionally rely on collateral to determine creditworthiness, Ant's risk-modeling algorithms leverage data it has collected, analysts say.

Patriarch Ma, who has propelled the shift to a tech identity, recently called financial regulation outdated, badly suited to companies trying to use technology to drive financial innovation.

But China's financial regulators are only growing warier about financial technology. They consider Ant's business model of matching borrowers and lenders mainly a financial service.

Ma's remarks on regulators point to a deep conflict between fintech development and financial regulation, said Ji Shaofeng, a former official at the China Banking and Insurance Regulatory Commission.

"Although Ant is trying to phase out of its financial identity and emphasize itself as a digital technology firm, the dominant part of its revenue, which comes from its credit business, and its high leverage ratio have always attracted the wide notice of both regulators and the capital markets," Ji wrote in a column for the financial news outlet Caixin.

Ant's most lucrative business, consumer credit, is based on interest income. The firm takes an average 30%-40% cut of the interest on loans it facilitates, analysts estimate.

"That's why the profit written in Ant's prospectus is so lucrative, even more lucrative than banks," one source said. "Business-wise, you can see Ant as the interbank counterpart of all the lenders."

Vice Finance Minister Zou Jiayi told a recent conference, which Ma attended, that fintech must not be allowed to dodge regulation, conduct illegal arbitrage and bolster a winner-take-all style of monopoly.

"Fintech has not changed the nature of finance that relies on credit and uses leverage," she said.

China's Cabinet-level Financial Stability and Development Committee, in a Sunday statement widely seen as responding to the debate over Ant's nature, said, "Innovation and entrepreneurship should be encouraged, but at the same time we need to strengthen supervision and include all financial activities into the regulatory framework by law.”