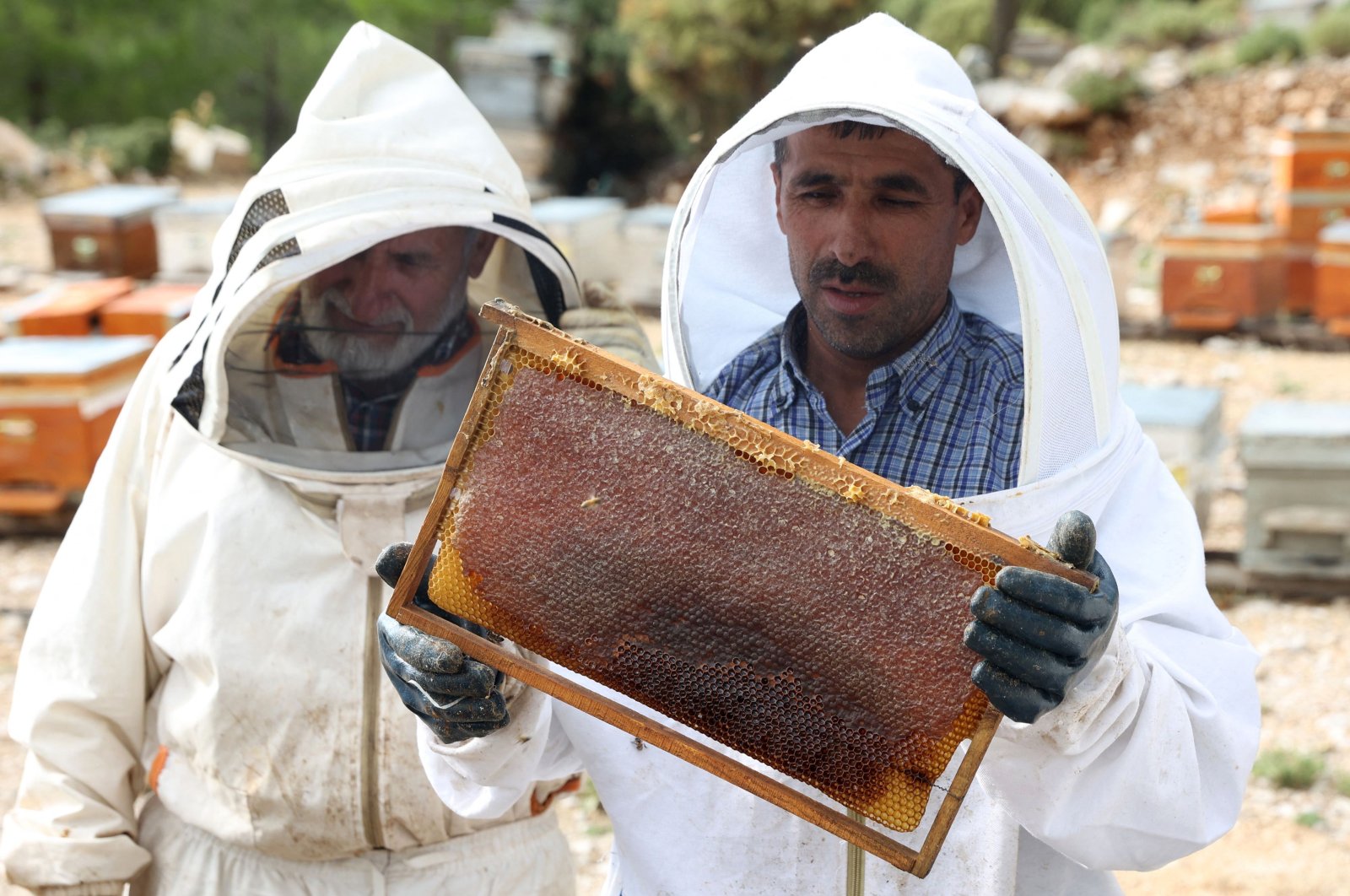 Beekeepers Mustafa Altı and his son Fehmi were kept busy tending to their hives before wildfires tore through a bucolic region of Turkey that makes most of the world’s prized pine honey.

Now the Altıs and generations of other honey farmers in Turkey’s Aegean province of Muğla are looking to find additional work and wondering how long it might take to get their old lives back on track.

The Turkish government has promised to compensate villagers for their beehives and animals, along with providing other aid.

“Our means of existence is from beekeeping, but when the forests burned, our source of income fell,” said Fehmi, 47, next to his mountainside beehives in the fire-ravaged village of Çökek.

“I do side jobs, I do some tree felling, that way we manage to make do,” he added.

Nearly 200,000 hectares (half a million acres) of forests – more than five times the annual average – were scorched by fires across Turkey this year, turning luscious green coasts popular with tourists into ash.

The summer disaster was accompanied by series of deadly floods.

In a major shift, Turkey’s Parliament this week ended a five-year wait and ratified the Paris Climate Agreement on cutting the greenhouse emissions that are blamed for global warming and abnormal weather events.

Turkey’s pine honey harvests were already suffering from drought when the wildfires hit, disrupting the delicate balance between bees, trees and the little insects at the heart of the production process.

Bees in Muğla produce a special pine-based honey. Unlike most of the honey in the world, which is created from the nectars of flowers, bees in Muğla collect the secretions of the tiny Basra beetle (Marchalina hellenica), a scale insect that lives on pine trees and feeds on their sap. What they leave behind, the bees take to make a nutritious honey.

Fehmi hopes the beetles will adapt to younger trees after the fires. But he also suggests that “it will take at least five or 10 years to get our previous income back.”

His father Mustafa agrees, urging the government to expand forested areas and plant young trees. The government has pledged to help heal the environment, promising a massive campaign that will see new trees planted to replace those that were charred.

“There’s no fixing a burnt house. Can you fix the dead? No. But new trees might come, a new generation,” Mustafa said.

For now, though, the beekeepers are counting their losses and figuring out what comes next.

The president of the Muğla Beekeepers’ Association, Veli Türk, expects his region’s honey production to plunge by up to 95% this year.

“There is pretty much no Marmaris honey left,” he said. “This honey won’t come for another 60 years,” he predicted. “It’s not just Turkey. This honey would go everywhere in the world. It was a blessing. This is really a huge loss,” he added.

Beekeeper Yaşar Karayiğit, 45, is thinking of switching to a different type of honey to keep his passion alive.

“I love beekeeping, but to continue, I’ll have to pursue alternatives,” Karayiğit said, mentioning royal jelly (or “bee milk”) and sunflower honey, which involves additional costs.

Ismail Atıcı, head of the Milas district Chamber of Agriculture in Muğla, said the price of pine honey has doubled from last year, threatening to make the popular breakfast food unaffordable.

He expects price rises to continue and supplies to become ever more scarce.

“We will get to a point where even if you have money, you won’t be able to find those medicinal plants and medicinal honey,” Atıcı said.

“It’s going to be very hard to find 100% pine honey,” beekeeper Karayiğit agreed. “We have had so much loss.”

Looking ahead, the president of the Turkey Beekeepers’ Association, Ziya Şahin, suggests selectively introducing the Basra beetle to new areas of Muğla, expanding coverage from the current seven to 25% of local pine forests.

“If we conduct transplantation of the beetle from one area to another and continue this for two successive years, we can protect the region’s dominance in the sector,” Şahin said.

“There will be a serious drop in honey production if we don’t do this,” he added, calling this year the “worst” of his 50-year career.

Yet despite the pain and the troubled road ahead, the younger Alti has no plans to quit.

“This is my father’s trade. Because this is passed down from the family, I must continue it,” Fehmi said.